Ned Kelly, hero or villain, put-upon Irish victim or psychopathic killer? These questions have been around for almost the whole time since Kelly was executed almost 137 years ago (11 November 1880). The tourism industry of Victoria, especially in its ‘Kelly Country’, has little doubt about the answers it prefers.

Doug Morrissey has been tracking the Kelly story for more than 30 years, first in a doctoral thesis, then in three books, the first of which, Ned Kelly: A Lawless Life, was published in 2015. The second, Ned Kelly: Selectors, Squatters and Stock Thieves, is due out in 2018 and a third will follow on the Stringybark Creek murders of three policemen by Kelly and his associates. Morrissey is also a consultant for a Foxtel series, Lawless: The Real Bushrangers, commencing 24 October 2017 with the Stringybark Creek murders.

Update 23 April 2018: Doug Morrissey on the Irishness of Ned Kelly.

Update 13 March 2018: Doug Morrissey covers some of these issues and their contemporary analogies: a short article for The Journal of the Police Association of Victoria (February 2018, pp. 20-21): ‘Ned Kelly, criminals and the victims of crime‘. There is also this extended podcast in four episodes. Recommended as a way to balance received views of Kelly.

Update 15 November 2017: Luke Buckmaster on yet another Kelly movie.

Kelly Country, both geographic and psychic, has been well-traversed by other authors, Peter Carey, Peter FitzSimons, Ian Jones, John McQuilton, John Molony, Graham Seal, to name a few (see the partial list in the bibliography of the Wikipedia entry on Kelly, as well as the references in the – dated – Kelly entry in the Australian Dictionary of Biography). These writers will certainly not agree with Morrissey at every point. Honest History welcomes comments from them and from readers. 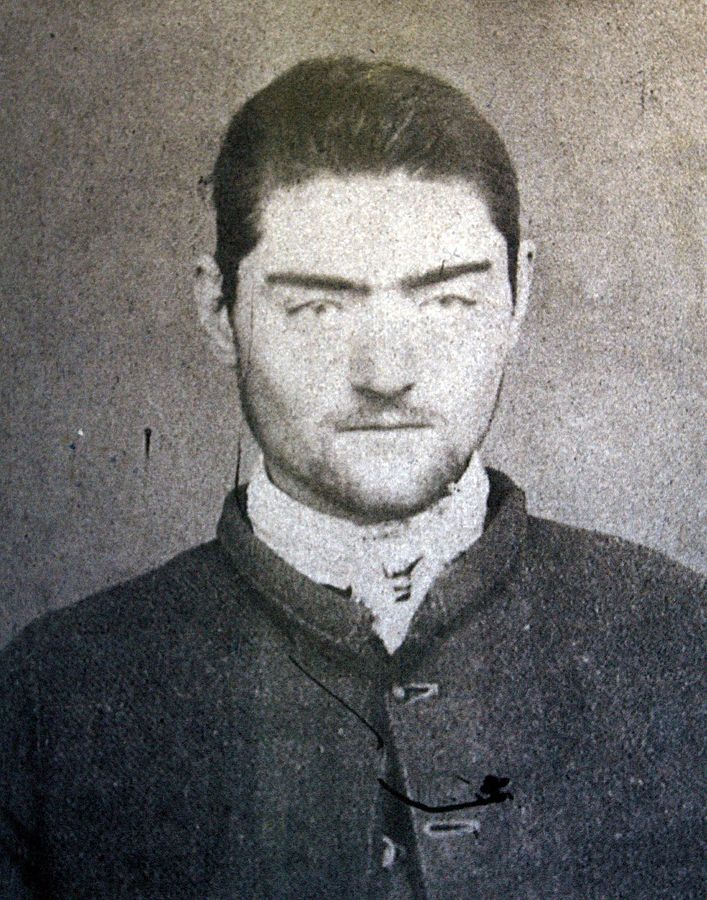 Ned Kelly, 1874 (Wikimedia Commons). Compare with the more flattering – and probably more widely known – 1880 portrait. Perhaps someone should write about how the choice of photographs affects our impressions of historical figures. Perhaps someone already has. DS