Morrissey, Doug: Something new and original on the Irish in South Australia

‘Something new and original on the Irish in South Australia’, Honest History, 27 June 2019

This is a ground-breaking and easy to read book with something new and original to say about the Irish presence in South Australia. Since 1980, when Irish studies in Australia came into its own as a popular topic, so many history books have characterised the experience of the Irish in Australia as systemic oppression and unremitting victimhood.

Irish men and women suffered centuries of domination and tyranny in Ireland, no question. Some arrived in Australia as convicts, many more came as free settlers. There is, however, no ‘one size fits all’ definition of either Irishness or the Irish experience. The Irish as perennial victims is not how they saw themselves in Australia. When the evidence is looked at objectively, the vast majority of the colonial Irish, regardless of religious affiliation and county of origin, were respectable, law abiding people, neither rebels nor disaffected peasants. They arrived in Australia full of optimism and expected a better life.

The taint of Irish victimhood distorts and obscures reality, especially when the colonial Irish are viewed mythically, through a lens of convictism and the criminal behaviour of a few like Aussie-born Ned Kelly. Only around two per cent of Irishmen transported to Australia were sent here for political crimes. The rest arrived on Australian shores convicted of murder, livestock and property theft, and a variety of lesser crimes. There was no penal settlement established in South Australia and no convicts were sent there.

As a career criminal, Ned Kelly chose the wild and reckless life he lived as a notorious horse thief and bushranger. He was neither a victim nor was he oppressed. The myth of Ned as an Irish revolutionary figure, fighting for downtrodden colonial Irishmen and usurped Catholic rights, is a post-Second World War myth which had no credence in Ned’s time.

It was a pleasant surprise to open this important new book on the Irish in South Australia between 1836 and 1950, turn to the index and see there was no entry for Ned. Neither was there an entry for bushrangers or other ‘rebellious’ crimes said to be associated with the colonial Irish. It was refreshing, instead, to find the emphasis placed on positive rather than negative experience, with Irish people working honestly and responsibly to make a better life for themselves and their families in a colony they felt offered boundless opportunity.

There was hardship, obstacles and sometimes heartbreaking failure, but this was followed by a renewed quest to begin again elsewhere. An impassioned vision of future prosperity, and an iron will to succeed, drove the majority of South Australia’s Irish settlers on to achieve their Australian dream.

At the beginning of the book readers will find a useful chronology, ‘Timeline of the Irish in South Australia before Federation’, which is detailed and informative. Through a series of well-written case studies the book examines the personal struggles, adversity and triumphs of the Irish, as they pioneered the establishment of Irish Catholic communities throughout South Australia. The story is a fascinating one and provides a wealth of new material for further study by professional historians and family history researchers.

Chapters include more than the usual chronology of historical events. There are thought-provoking chapters on Irish graves and their cultural significance, the bounty immigration of single Irish women, Saint Patrick’s Day celebrations, and varieties of Irish nationalism in South Australia. An alphabetically-arranged register titled ‘Cultural capital and Irish place names’ rounds off what is a well-structured and interesting book. A short conclusion section at the end of each chapter reiterates the points made and is a valuable source for easy reference.

An absorbing chapter titled, ‘The most thoroughly Irish centre in South Australia: Pekina from the 1870s to the 1940s’, reveals an inclusive all Irish Catholic community with no racial or denominational competition. This allowed for strong Irish sentiment and a patriotic love of Ireland to survive, passionately and viscerally, until diluted in subsequent generations. The Irish Catholics of Pekina came almost exclusively from County Clare. Regardless of whether they were comfortably well-off or in poor circumstances, they dug deep financially in support of Catholicism.

My own research into Ned Kelly’s rural community reveals a similar situation among Victoria’s respectable Irish. Despite his Jerilderie Letter (1879) rhetoric, Ned and his family of livestock thieves were not good Catholics. They neither attended Sunday mass nor contributed money in support of Irish or Catholic causes. In 1889, the Catholic priest at Pekina called for total abstinence from alcohol and ‘nearly the whole of the congregation vowed to take the pledge’. One cannot imagine Ned’s mother Ellen, a lapsed Catholic who ran a sly grog shanty, taking the pledge and refraining from her promiscuous lifestyle.

The authors of this insightful chapter write, ‘This history [Pekina] demonstrates that Irishness in the colony of South Australia was complex and multi-layered’. It was complex and multi-layered everywhere. Ecumenical, ‘good citizenship’ Catholics and Protestants working together for the common good was a prominent feature of the establishment of rural communities throughout the country. It was this good natured, pragmatic cooperation and not class, sectarian and partisan conflict that built Australia’s rural communities. There was an expediency at work that was to everyone’s advantage. 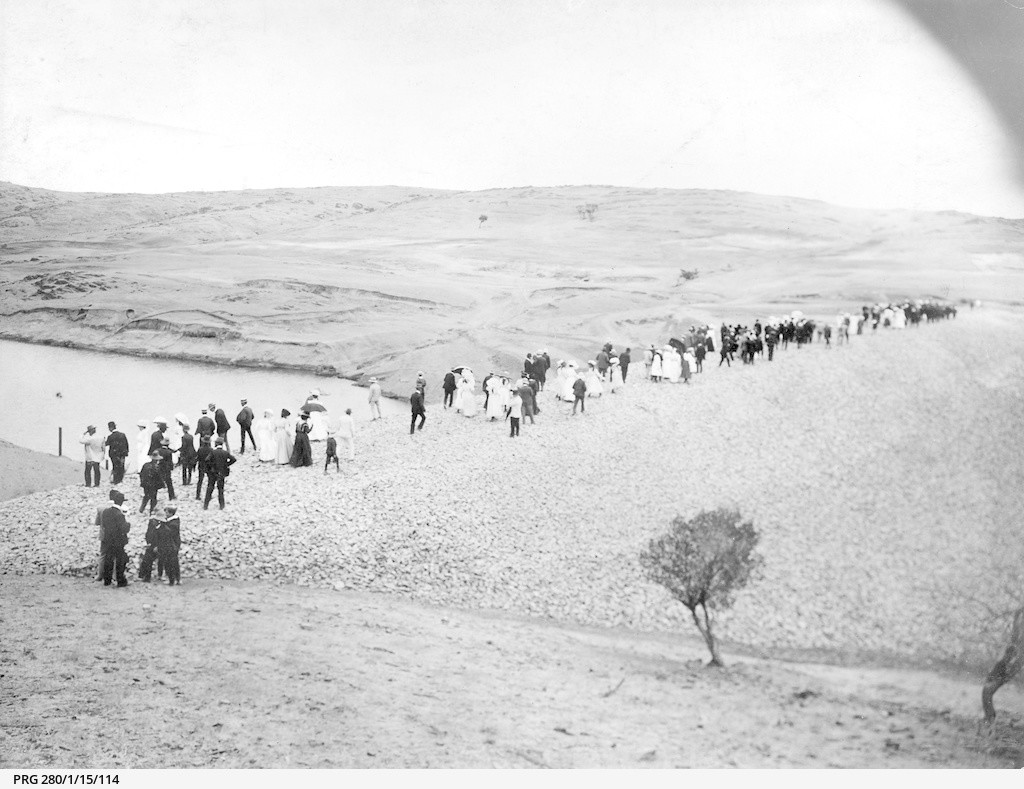 It was a welcome discovery to read of the foundation and celebration of Catholicism in South Australia as a major expression of Irish solidarity, without having to navigate the modern-day negativity of Catholic clerical abuse of children. Clerical abuse, as reprehensible as it undoubtedly is, casts a dark shadow over the devout enthusiasm and deeply held religious belief that colonial Irishmen and women of the time had for their ancestral faith. Their religion bound them together spiritually, culturally, socially and politically.

The editors concentrate on Irishness and Catholicism, only briefly mentioning Irish Protestants. They state at the outset of the book, ‘we leave this as a challenge for the next round of researchers’.

The book is a must-read for those with a keen interest in the émigré Irish and their diverse experience in colonial Australia. Not only does the book fill in a much-neglected area of study, but South Australian community life is presented reflectively and sympathetically from a principled Irish Catholic perspective. Flesh and blood Irish Catholic pioneers are brought alive without stereotypes, hurtful Irish jokes and the vision of perpetual drunkenness and rebellion. There is dignity, respect and an earthy truthfulness expressed for the historical subject. The editors and contributors are be congratulated for looking beyond myth and satire, and for giving readers a rare glimpse into Irish colonial life, as it was actually lived and experienced by ordinary – and sometimes extraordinary – South Australian Irishmen and women.

* Doug Morrissey’s latest book Ned Kelly: Selectors, Squatters and Stock Thieves was published by Connor Court in 2018. He is currently writing a book on the Stringybark Creek Police Murders. It will be published later this year. He has written previously for Honest History on the heritage marketing of Ned Kelly, Kelly’s Irishness, and Kelly movies.