Our Jauncey editor, Steve Flora, has returned to 1934 to track Les and Beatrice from the Antipodes to London to the Antipodes and back again (with marriage and a visit to South Africa included). Now Leslie sharpens his pen to write to King O’Malley about some visitors to London.

The year 1934 was a momentous one for Leslie Cyril Jauncey, both personally and professionally. He published his first book, Australia’s Government Bank, and he married Beatrice Eva Fripp (nee Edmonds) the New Zealander who became his main support both emotionally and financially for the next 25 years. Following their marriage in London, the couple immediately sailed from Britain to Australia, where they remained for the following ten months, Leslie introducing Beatrice to King and Aimee O’Malley in Melbourne and the Jauncey family in Adelaide and Beatrice introducing Lesley to her family in New Zealand. In between, he was promoting his ‘bank book’, making contacts and starting on his next project.

Early 1935 found Jauncey back in London (after a visit to South Africa on the return voyage from Australia), doing research for his second book, The Story of Conscription in Australia, while making observations in letters to King O’Malley regarding Australian visitors to Britain. 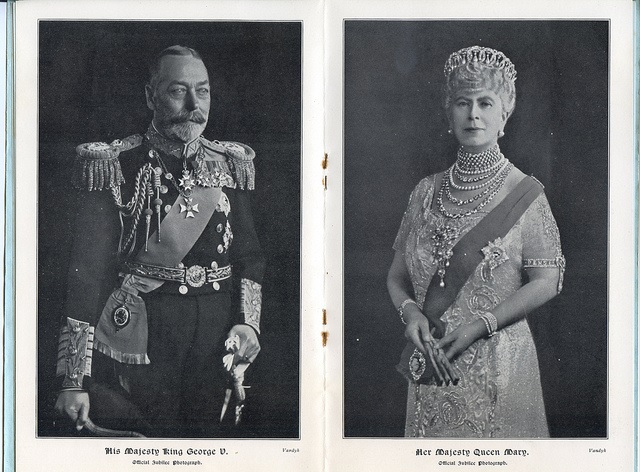 It was King George V’s Silver Jubilee year and thousands of Australians visited Britain. One report estimated that ‘any number of between 10,000 and 50,000 Australians’ were expected for the Jubilee celebrations and that

all homeward bound liners are fully booked for the next three months … More than 1,000,000 pounds is being spent on fares, in addition to the revenue derived from a rapidly increasing tourist traffic to Australia.

It seemed to be a time of optimism, for shipping companies at least. ‘Cargoes continue to increase steadily, especially on the run to Australia which, depression vanishing, is importing more British goods.’ [1]

Many of the official visitors coming from Australia had more than just the Jubilee in mind. There were disagreements over just who was benefiting from the trade between the colonies and Commonwealth and the mother country. There was an Australian embargo on frozen mutton exports to Britain ‘pending negotiations with the British Government, for the regulation of meat imports’. [2]

Mr. Lyons emphasised that the primary object of the visit to this country was the discussion of Australian meat duties and related problems, but he said that the question of Imperial Defence might be discussed with the British Government and representatives of the other Dominions, if opportunity afforded. [3]

Lyons and Bruce met the British Prime Minister, Ramsay McDonald, at 10 Downing Street then went next door to see Chancellor of the Exchequer, Stanley Baldwin. [4] Leslie Jauncey was observing closely and he wrote to King O’Malley that very day.

Joe, Latham of the bank, Menzies, Gullett and other mugs arrived here last night. The “Times” has hailed Joe as the savior of Australia if not the Empire. These boys over here certainly know how to dope up the lads from the Dominions. And they fall for it every time. You remember how the Little Digger was hailed here in 1916. The fun of it is that these fellows are always Labor men of former days. Today Joe saw Ramsay and Baldwin. What a meeting! [5] 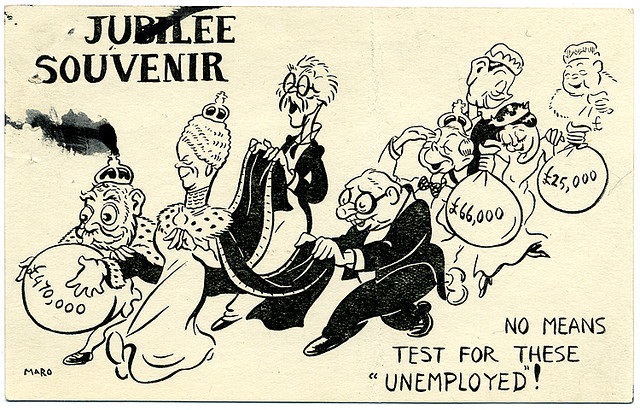 Jauncey may have been correct about the lack of impact the Australian party was having. The Nottingham Evening Post was among newspapers which felt early progress was slow on trade matters, partly because Lyons had been at sea for so long that he needed to catch up. [6] While another paper appreciated Lyons’ bluntness on behalf of Australian primary producers, it noted there were English and Scottish farmers’ interests involved as well. [7] Either way, Jauncey was still unimpressed.

Joe Lyons and all his bunch are here in force now [he wrote again to O’Malley]. What a pity you are not here as Prime Minister! It makes me sick to see what poor representatives Australia has at this gathering. This occasion really offers quite an opportunity to someone with some courage. What with conscription and war I feel that Australia should make a definite stand on matters.

Guy Innes told me the other day that Joe had gone down very well here and that Mrs Lyons was quite popular. I asked why and Guy told me that people admired her for having eleven children. Well, I supposed that is all right, but I felt that this was not in Joe’s favour but more against the Englishmen. There are just as many mugs over here as anywhere else, in my mind …

The chances for Labor in England are not so rosy now. The White Paper and the Jubilee have brought out a wave of patriotism here. Joe is really not cutting much ice here. Neither are any of the other members of the delegation. Little Foxy [Earle] Page will be [Australian] Prime Minister yet. [8]