Interim Report of Royal Commission into Defence and Veteran Suicide: a vanity building project is taking money from where it is sorely needed

Update 26 September 2022: Extensive coverage of government response to the Interim Report included this from the Minister and the Acting Prime Minister.

The Interim Report. Recommendations 2-5 are about funding and staffing of the Department of Veterans’ Affairs. More money is not the only answer to these issues but observers cannot but be aware that the extensions to the Australian War Memorial are costing $548 million (and this amount is likely to increase). Surely, our priorities as a nation are badly wrong when a poorly justified vanity building project can proceed, while men and women who serve the nation are suffering, partly from lack of resources in the responsible department. And the money that is going on the big build at the War Memorial is coming from the same portfolio that has failed veterans, ADF members and their families.

From the Honest History vault: Charlotte Palmer and David Stephens posted this piece in 2020: ‘Evidence-based interventions for PTSD related to military service: what is the role of the Australian War Memorial?’. Much of it is taken up with disputing the claim that the big build at the Memorial can provide a ‘therapeutic milieu’ for suffering veterans. The article also contains, however, material on PTSD, ‘moral injury’ and other aspects of how military service affects individuals.

See also other material on the Honest History site. Use our Search engine with the terms ‘suicide’, ‘veterans’ and ‘Royal Commission’. 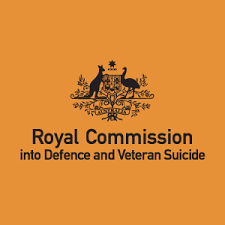