We have produced the second edition of Honest History’s Alternative Guide to the Australian War Memorial. The second edition is about 20 per cent longer than the first, with more attention being paid to World War II and later conflicts. It also takes account of changes in the Memorial’s temporary exhibitions (notably the arrival of the For country, For Nation exhibition – which closed in Canberra in September 2017 but is to go on tour nationally) and the new permanent exhibition on the Holocaust. Following are some extracts from the second edition.

The first edition of the Alternative Guide was posted on the Honest History website on Anzac Day 2016. Over the next 14 months it was downloaded more than 2000 times by students, teachers and members of the general public. 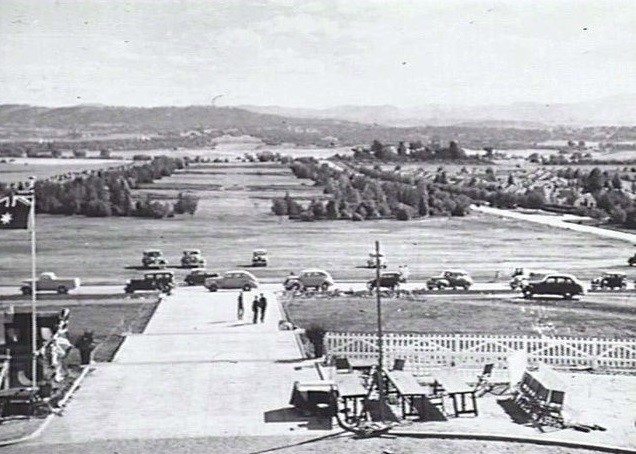 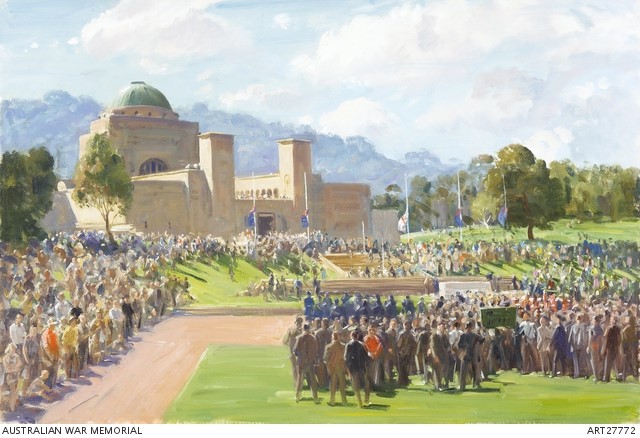 Section 5: The other galleries

The Holocaust: Witnesses and Survivors

This is a new (November 2016) exhibition at the Memorial. It looks at the Holocaust through the eyes of survivors who came to Australia and through the work of an official war artist, Alan Moore.

Look at the sketches by the survivor, Bernard Slawik. Why do you think he worked on and reworked them throughout his life?

Is it possible to not serve in the military forces yet be deeply affected by war? Would you like to see the Memorial show more of the impact of wars on ordinary people, not necessarily Australians, or should the Memorial be mainly about Australians in uniform?

Some Australians objected to the Memorial opening this exhibition. Why?

In this area of the Memorial there are a number of vehicles displayed – trucks, a motor cycle and side-car, a small tank.

In the Aircraft Hall, to the rear of the Memorial, there are aeroplanes, and a sign on the wall, ‘Big Things’.

What do large objects like this tell us about how men and women experience war?

‘Work, Fight or Perish.’ Watch the speech by Prime Minister Curtin in Sydney, which is part of a newsreel called ‘All Must Serve’. What do you think of the prime minister’s speech-making style? Would it have an impact today?

What were ‘Liberty Loans’?

Do you think it is true to say that Prime Minister Curtin gave his life for the war effort?

Nearby, there is a poster ‘He’s Coming South’. What emotions does the poster try to provoke among people who see it?

A little further on there is a mock-up of a section of the Kokoda Trail or Kokoda Track. Why is Kokoda seen as important, even today?

Many people today walk the Kokoda Trail. Why?

What did Prime Minister Keating do at Kokoda in 1992. Why?

Watch the newsreel in the Australian Comforts Fund exhibition. What does it tell you about attitudes to women during the war?

Were women who did jobs normally done by men paid the same wages as men had been?

Find the exhibit about the Bougainville campaign 1944-45, a campaign which, we are told, ‘did nothing to end the war one second sooner’. If you had fought in this campaign and had been told this after the war, how would you have felt?

Is it sometimes difficult to make a connection between the actions of individual soldiers or groups of soldiers in battle and ultimate outcomes?

One million Allied troops landed in Normandy in a month, 150 000 on the first day, the largest sea-borne invasion in history, much bigger than Gallipoli.

Does an invasion have to involve massive numbers over a short time or can it start small and take much longer? Have there been any invasions of Australia?

Find Australian General Blamey’s statement to Japanese General Teshima at Morotai, September 1945. The statement commences, ‘I do not recognise you as an honourable and gallant foe …’

Why would Blamey have said that? Was it fair?

Should our attitudes to former enemies today be affected by their actions during past wars?

Above the little plywood crosses, there is a small display depicting the early post-war years. It covers the Korean War, the development of new suburbs, the growth of prosperity, industrial development, and immigration.

Would you like to know more about what happened after the war, particularly whether things were better after the war than they were before, and why?

Can you see anything in the Memorial about the lives after World War II of the men and women who returned home physically and mentally damaged from the war? 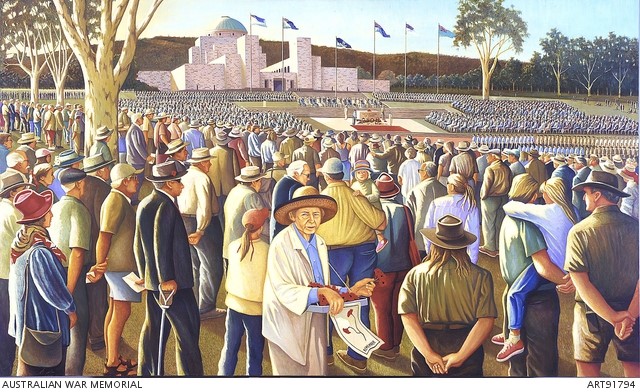