Mary Gilmore (born Cameron) was born in 1865, spent a few years in South America seeking utopia, married and had a child, was a friend of Henry Lawson, wrote poetry, argued passionately for radical causes, lived to a great age, and has her face on the Australian ten dollar note and her name on a suburb in Canberra.

When war twice came to Australia Gilmore wrote poems reflecting this experience. They are very different.

Must the young blood for ever flow?
Shall the wide wounds no closing know?
Is hate the only lantern of the stars,
And honour bastard but to scars?
And yet, the equal sun looks down
On kingly head and broken clown,
And sees, not friend and foe, but man and man,
As when these years began.

These are the days of all men’s tears—
Tears like the endless drop that wears
The rock, and rusts the steel, and frets the bones
Of dead men lying under stones;
And, yet, the stars look on the earth
As in the hour of Christ His birth,
And see, not friend and foe, but man and man,
As when these years began.

Weeds on the garden pathways grow
Where the swift feet were wont to go;
Closed are the doors that stood so wide—
The white beds empty, side by side.
But in the woman-breast the milk
Tides under hodden grey and silk,
Knowing nor friend nor foe, but man’s child, man,
As when these years began.

O Woman, mother of the sons of earth,
Thou holdst one measure of our worth:
A child’s mouth on thy nippled breast;
A child’s head on thine arm to rest!
There knowest thou, not friend or foe, but man,
As when these years began. 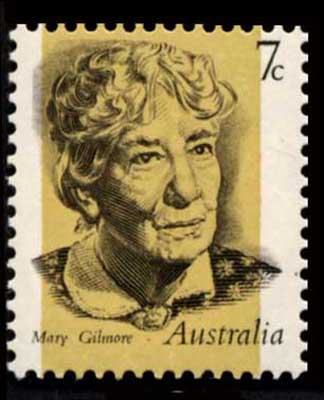 ‘The measure’ is read by then Governor-General, Quentin Bryce. A New Zealand review of Gilmore’s 1918 collection, The Passionate Heart.

Out in the dust he lies;
Flies in his mouth,
Ants in his eyes …

I stood at the door
Where he went out;
Full-grown man,
Ruddy and stout;

I heard the march
Of the trampling feet,
Slow and steady
Come down the street;

The beat of the drum
Was clods on the heart,
For all that the regiment
Looked so smart!

I heard the crackle
Of hasty cheers
Run like the breaking
Of unshed tears,

And just for a moment,
As he went by,
I had sight of his face,
And the flash of his eye.

He died a hero’s death,
They said,
When they came to tell me
My boy was dead;

But out in the street
A dead dog lies;
Flies in his mouth.

Sons of the mountains of Scotland,
Welshmen of coomb and defile,
Breed of the moors of England,
Children of Erin’s green isle,
We stand four square to the tempest,
Whatever the battering hail-
No foe shall gather our harvest,
Or sit on our stockyard rail.

Our women shall walk in honour,
Our children shall know no chain,
This land, that is ours forever,
The invader shall strike at in vain.
Anzac! … Tobruk! … and Kokoda! …
Could ever the old blood fail?
No foe shall gather our harvest,
Or sit on our stockyard rail.

So hail-fellow-met we muster,
And hail-fellow-met fall in,
Wherever the guns may thunder,
Or the rocketing air-mail spin!
Born of the soil and the whirlwind,
Though death itself be the gale-
No foe shall gather our harvest
Or sit on our stockyard rail.

We are the sons of Australia,
of the men who fashioned the land;
We are the sons of the women
Who walked with them hand in hand;
And we swear by the dead who bore us,
By the heroes who blazed the trail,
No foe shall gather our harvest,
Or sit on our stockyard rail.

‘No foe shall gather our harvest’ was printed in the Australian Women’s Weekly in June 1940.

I have grown past hate and bitterness,
I see the world as one;
But though I can no longer hate,
My son is still my son.

All men at God’s round table sit,
and all men must be fed;
But this loaf in my hand,
This loaf is my son’s bread.

A 1996 article by Jacqueline Manuel on Australian women’s poetry of the Great War. Resources on and letters by Gilmore. 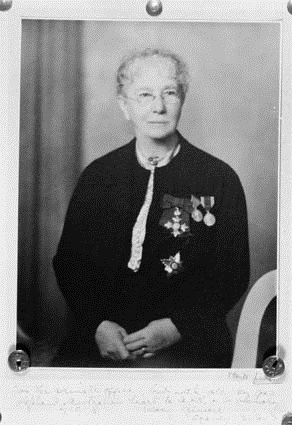 Print This
Click here for all items related to: Expressing ourselves, War literature