Our assiduous researcher, Steve Flora, in cooperation with Flinders University Library, has unearthed the letter extracted below, in which Les Jauncey passes on his observations of the presidential election to Dr Herbert Vere Evatt, Leader of the Opposition. ‘Jauncey’s letter from sixty-three years ago’, says Steve, ‘shows a sensitivity to issues that are still very much on the agenda today, both nationally (in the U.S.) and internationally (particularly in the Pacific region). The more we THINK things change, the more they stay the same.’

Leader of the Opposition

In general it can be said that the American people are happy that the two major political conventions are over. People were not completely satisfied with what they saw on their television sets and there is talk now that some change is under to-day’s conditions needed. Television has already had a great influence on the behaviour of delegates at the conventions. It has for one thing decreased the amount of drinking. That was true at both conventions. With 50 million people watching the delegates naturally are more careful.

Viewers and listeners did not like the constant stalling, the pressure groups, the long winded and meaningless speeches, and the ballyhoo which was part of the conventions. Both conventions were the same and there is a feeling that something better is needed in the way of selecting Presidents here … Early this year a movement started to make party nominations subject to nation-wide popular primaries, but the bosses showed no enthusiasm for this idea. So nothing has been done, but there is a feeling that something will have to be done before the next four years have rolled around … 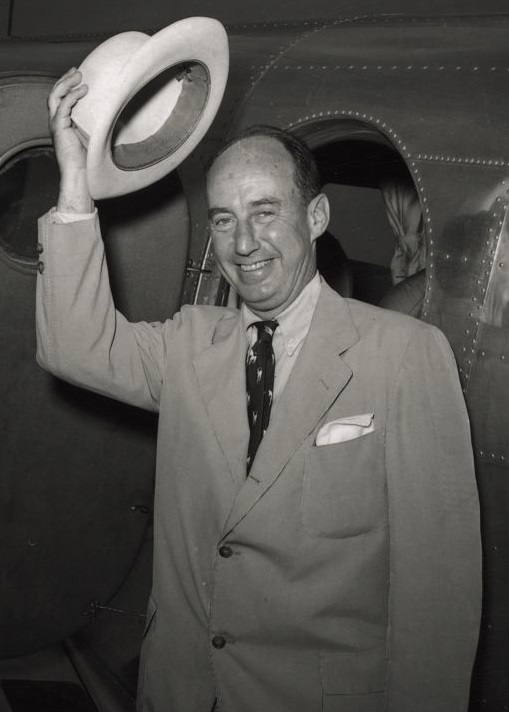 On the domestic issues at the moment both men have not made any clear statement of their stands. Eisenhower so far has merely said that it was time for a change. There is considerable sentiment for a change but against this fact is the feeling of many people that it is not good to have a military man in the White House.

Stevenson is the much better speaker. He made a really fine speech after being nominated.  It was very apt and suited to the occasion. He is a well educated man and quite literary. I did hear some criticism because of his use of the story of the Crucifixion as a way of explaining his reluctance – so-called – to run and his decision in the end to do so, but because of Communism religion is to be brought by both sides a great deal in the coming campaign. Stevenson said that if this cup had to be drunk he would willingly do so as a duty. Some people thought that was going a little too far …

Nothing is troubling the American people more than the Korean war, but neither Eisenhower nor Stevenson has yet been at all positive on this issue. It was on the Korean war that Taft showed complete muddle headedness. He wisely advocated the withdrawal at one time of American troops from Korea, but then went on to propose letting Chiang Kai-Shek loose against the Reds on the mainland. How the Nationalists would get on the mainland without American help Taft failed to state. With Taft out of the picture the Korean war is not a clear issue in the campaign – at least not yet.

On peace in general, both parties promise to do more against the Communists, but they are both vague as to details. Actually, the greatest factor against world war three to-day is the reluctance of the people of the world to join the Americans in an attack on the Soviet Union and China. Potent forces in the United States would welcome world war three but they do not desire to have to go it alone.  That has been one of the greatest objections here to the Korean war. The Americans feel that they have had to accept most of the burden there alone. 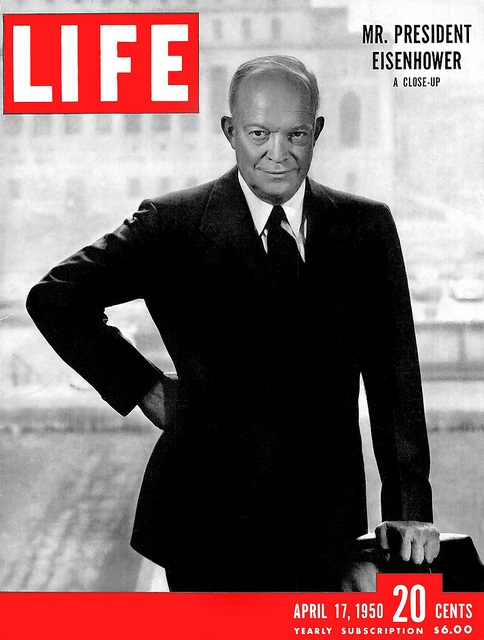 In connection with the Korean war there have been some statements by competent men here recently to the effect that an armistice may come in the not too distant future. It is true that certain high military men here do not think so, but it is good to be able to send you this more encouraging news from the United States. It is still true that a truce in Korea without a general settlement of world problems looking in the direction of increased business and trade throughout the world would have severe economic repercussions on the United States, but a cessation of fighting could in the end lead to a growing world wide economic intercourse, if followed up correctly.

Stevenson will be a strong campaigner. He has a great sense of humor … Stevenson has a very cultured voice and I just could not imagine him sneaking out late at night to post a scurrilous letter to someone he did not like, something which has happened during the past four years in Washington. It would be a change to have a cultured man in the White House …

Finally I would say that the political situation in the United States at this moment is not encouraging to those with progressive and peaceful ideas. The military continue to have very great political control and prospects for civil liberties are not at all bright.