Edwin Greenslade Murphy (1866-1939), known as ‘Dryblower’, was a popular poet regularly featured in the Perth Sunday Times during the Great War. He seems to have written hundreds or even thousands of poems over many years. We came across one of his lesser-known pieces, ‘It’s good to be British to-day’ – it is not listed at the link above and the AustLit reference dates it to 1917 rather than 1914 – when researching our Twistory item for Twitter. (Twistory is daily random snippets and links from the press of 100 years ago to the day, using the National Library’s Trove newspapers database. Get Twistory by following us on Twitter @honesthistory1.)

‘Good to be British’, first published 13 December 1914, may seem jingoistic or callous to us today, or perhaps just quaint, but it was the type of piece that men – perhaps women, too – learnt off by heart to recite on appropriate occasions. It was perhaps no coincidence that it came out in December, just in time for Christmas. It was republished in the Sunday Times on 25 November 1917 (also in the Orange Leader on 14 December) and again on 15 December 1918, when it appeared as one of four poems which readers of the paper had been particularly fond of during the war and of which they had frequently requested reprints.

Perhaps, with a little imagination, we can hear the poem ringing out across Claremont or Cottesloe, Northbridge or Northam, possibly after Christmas dinner, followed by a rousing chorus of Rule Britannia (at least in 1914; by 1917 and 1918 the tunes were possibly more downbeat). The other poem, ‘My son’, would have been rendered more soberly. 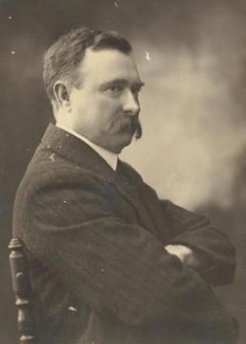 When you think how your country is calling,
And getting, whenever she calls;
When you read how are fighting and falling,
The best from your hamlets and halls.
When you hark to the shock and the thunder
Where the corses old Europe bestrew,
It makes you feel glad to live under
The Flag that your forefathers flew!
When you know of the handful that’s holding
A thousand battalions at bay,
When you know that that handful unsleeping,
A nation’s good name in their keeping,
To the Unter den Linden are sweeping –
It’s good to be British to-day.

When you think of the warriors waging
The war that’s for you and for yours;
When you think of the death-battle raging
On foreign and far-away shores;
When you hear there are legions enlisting
From over and under the world,
Desiring, demanding, insisting
Wherever the Jack is unfurled!
When you know for each gallant that’s going
There’s someone will sorrow and pray;
When you know though her heart may be breaking,
When you know though her soul may be shaking,
No murmur of weakness she’s making –
It’s good to be British to-day!

When you think of the heroes now shedding
Their vigorous blood on the brine;
When you think of the battleship threading
The maze of the murderous mine.
Of the clarion summons to quarters,
The challenge that none will refuse;
Of the watcher beneath the blue waters;
The death that creeps up from the ooze;
Of the sudden and shining torpedo
That leaps like a sprite from the spray,
When you know between you and disaster –
A mad and unmerciful master –
Stands a Fleet that can fight a bit faster –
It’s good to be British to-day!

Changes in the 1917 version

This version is credited to ‘Dryblower and his understudy’ (unidentified). There are some minor edits in the first couple of verses, then the third verse about ‘the women who weep not’ is dropped altogether. Perhaps the authors recognised that, after three years of war, weeping was rather more prevalent.

There is a new, longer third verse and an amended final verse to keep up with changes in the war. Honest History readers more familiar with the details of these campaigns may be able to mentally annotate the references. ‘Fanes’ are temples; ‘land-ships’ are tanks. 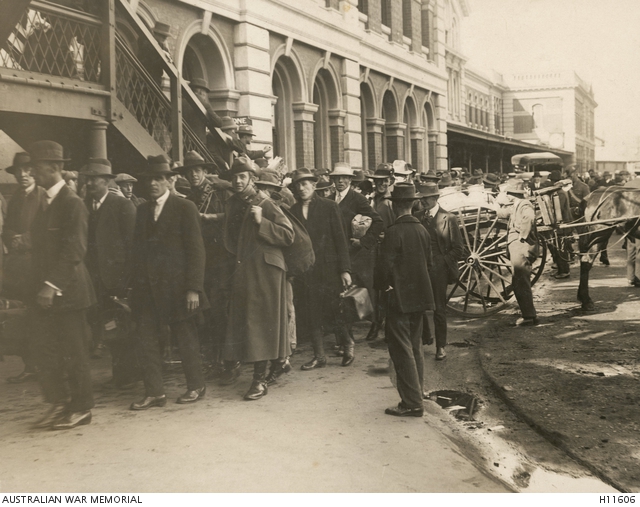 When you think of the hard-bitten fighters
Who Townshend avenged on the Turk,
Who smashed up the Osmanli smiters
As part of their regular work;
When you think of the conqueror dying
Where the Tigris is shallow and broad,
And the banner of Britain a-flying
O’er the tombs of Alraschid and Maude;
When you read of the gallant Light Horsemen
Dispersing the foe on the plains.
And, like the old conquering Norsemen,
looking down on Jerusalem’s fanes;
When you conjure up views of the land-ships
That broke through the wire at Cambrai;
When the world is athrill with the daring
Of the gallants who, joyous, uncaring,
The Hindenburg wire-belts are tearing –
It’s Good to be British To-Day.

When you think of the heroes now shedding
Their vigorous blood on the brine;
When you think of the battleships threading
The maze of the murderous mine;
Of the fifty-five ships that were missing
In one week of a sorrowful spring;
Of the Huns that in triumph were hissing
And who now another tune sing;
Of sailors, the fishers, the flyers
Who have driven the U-boats away;
When you know between you and disaster,
A mad and unmerciful master,
Stands a Fleet that can fight a bit faster –
It’s Good to be British To-Day!

With the end of the war, relief and resignation seem to have taken over, as the poem reverts to the original, 1914 version, complete with the verse about women not weeping for fear of weakening their men.

Another Dryblower effort featured in the 1918 popular picks selection in the Sunday Times. It seems to have been written first in 1915. The 1918 version below had a few minor tweaks from the original. The analogy in the final verse is particularly notable. The penultimate verse is stern about ‘slackers’. More on this poem.

I have given you unto the Empire,
You will follow its battleflag;
You will hear the sound of slaughter,
In valley, on plain and crag.
I have taken you out of the playground,
From many a merry mate;
To send you, a stripling soldier –
Out to the field of fate.
But when the good work is over
And your share of the strife is done,
I shall be proud of the lad I lent,
I shall be proud to say I sent
My son,
My son. 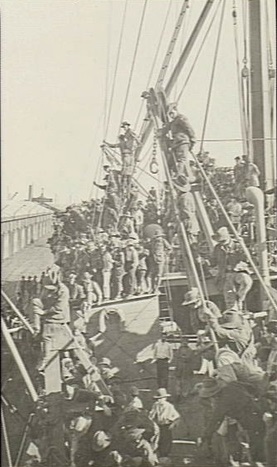 They have gone in their thousands lusty,
But the gaps still cry for more;
They have come from the bushland lonely,
From the scrub and the sounding shore;
They have come from the desert dreaming,
From out of the rolling range;
From the verdant placid pastures,
From the hills that never change;
And out of the alleys squalid,
Where the days are drear and dun;
With pride I have heard their footsteps ring
And so I have sent to serve my King
My son,
My son.

They have gone in the teeming troopship,
They have fought the fight and fell;
They have felt on their fearless faces
Draughts from the deeps of hell.
Thinned by the hidden horror,
Drowned in the shot-swept blue,
They have closed up the gaps of glory,
Steadied and thundered through!
And into that mounded country
Where the deadly work was done,
Where the blood-stained trenches blur and blend.
With no wav’ring, weak’ning sigh I send
My son,
My son.

Did I fail in a father’s duty?
Did I keep him with mine and me?
How could he face the question
In the darkened days to be?
Could he walk in the public places?
Could he do what all good men do,
When the patriot women shunned him,
When it came to his time to woo?
If he took not to-day his bayonet,
His khaki brave and gun,
I would see his brothers in shame abide,
I would see them pass on the other side,
My son,
My son.

God of our destined duty,
Of our country, flag and King,
Keep him in courage lofty
When the hell-made missiles swing.
And if he must prove an Abel,
Killed by another Cain,
Give him, 0 Lord, at parting,
No portion of Calvary’s pain.
Let us write over his slumbers
The glorious words “Well done!”
For whether our flag shall wilt or wave,
Let us remember He also gave
His Son,
His Son.