‘Um – well – er – er – it’s like this, my son. There are two boys, one’s name is Liberal and one’s called Labour. They’ve got two grand engines, big, shiny ones. Liberal sets his up at one end of the track, and Labour puts his at the other. There’s a lot of other boys, green coves some of them, who sit on the fences looking at the game; they are called sympathisers.

Hoot, splutter, screech! they are off. ‘Mine’s the best’, says Labour. ‘Doesn’t mine run well?’ says Liberal. ‘Hooray!’ shout the sympathisers, hopping up and down on their fences from sheer joy.

‘He didn’t get past me’, says Labour. ‘He can’t climb over me’, yells Liberal. 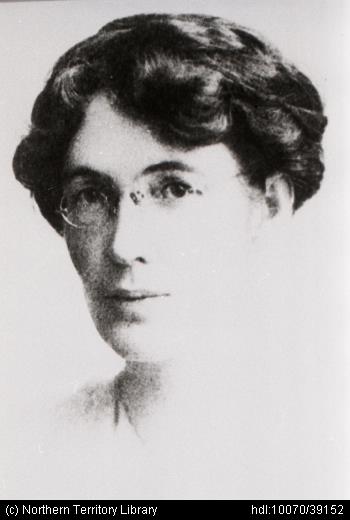 Liberal and Labour pick up the pieces and take them home. They come back presently, and, what do you think? For all that they were so mixed up, and the Liberal has to patch his engine with bits off Labour’s, and Labour has to use a nut or a screw off Liberal’s, they come out again, looking every bit as good as new, and sit up on the line as splendid as ever.

Off again. Smash! The sympathisers go mad with delight. ‘He thought he could ride over me’, says Labour. ‘Somebody’s got to make him get off the public road’, says Liberal.

‘Then they do it all again. That is politics, my son.’

After a silence. ‘Father!’

‘Them boys is mugs. If I had two grand engines, I’d face ’em both the same way, and make ’em haul things. What do you say, father?’

Son, to himself, as he seeks again his wonted haunts: ‘Fathers is funny, sometimes. They don’t seem to know everything; but I s’pose they do, all right.’

* Rosetta Flynn (c. 1878-1944) was a member of the Women’s Peace Army (anti-conscription) during World War I, alongside Vida Goldstein, Cecilia John, and Adela Pankhurst. In 1917, she strongly supported Goldstein’s run for the Senate. Earlier, she was Secretary of the Council of Sex Hygiene and Morality (sex education). She was the sister of the Reverend John Flynn (‘Flynn of the Inland’) and helped with his work in remote Australia. When she died in 1944, a death notice recorded that she had led a retiring life and had occasionally contributed articles to the Presbyterian Messenger. When John Flynn died in 1951, money from his will went to establish the Rosetta Flynn Scholarship. (The Flynn’s mother was also Rosetta.)

The above article was later republished in Direct Action (Industrial Workers of the World).