Fathi, Romain: Why have Australians forgotten Belgium when we obsess about our Diggers’ deeds in France?

‘Why have Australians forgotten Belgium when we obsess about our Diggers’ deeds in France?’ Honest History, 30 August 2021

The central question this book seeks to answer is this: why have Australians, who have dedicated so much effort to remembering and commemorating their First World War military actions at Gallipoli, Villers-Bretonneux and other towns in France, consistently failed to grant similar importance to the Ypres salient and Australian military engagements in Belgium? 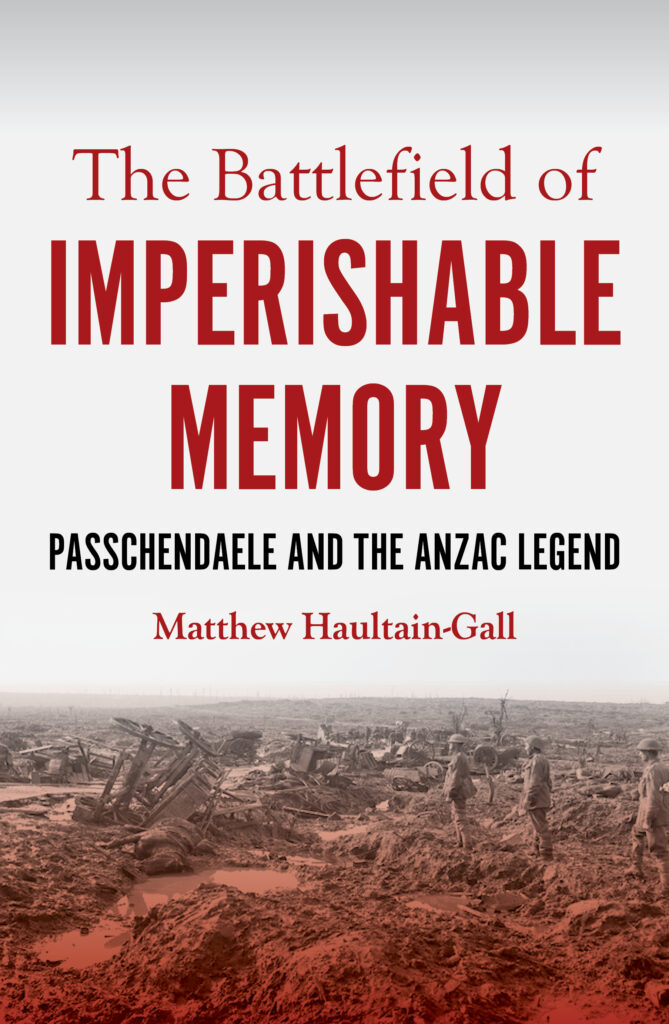 In seeking to answer such a question – certainly a question that needed to be raised – Matthew Haultain-Gall deploys an interesting methodology that aims to document the absence of something in Australian collective memory. This is an innovative approach. To answer this question, the author explores the processes that have contributed to making Belgian battlefields a side note in Australian collective memory and national narrative, despite the deployment of tens of thousands of Australians soldiers who fought there as part of the Australian Imperial Force.

Haultain-Gall investigates a century of remembrance, or a lack thereof, and its construction, identifying the agents of memory – veterans, families, writers, government authorities – that contributed to shape how Australians have thought about the Belgian front in Flanders, and how they have commemorated it.

Haultain-Gall opens his investigation by demonstrating how official historian Charles Bean played a crucial role in the relegation of the Ypres salient, and the events of the year 1917 more generally, to the background of Australia’s memory of the First World War. Bean preferred instead to narrate the baptism of fire of Gallipoli, the trials of 1916, and the ‘victories’ of 1918.

For Haultain-Gall, Bean’s choices can also be explained by the fact that the Belgian battlefronts did not fit the newly minted Anzac Legend he had helped shape. Belgium wasn’t the stuff of the myths and the romantic boasts the Australian public had been accustomed to hearing about through wartime propaganda and its continuation in the interwar period. In fact, the fighting in Belgium encapsulated the worst aspects of First World War combat: the slaughter, the mud, the futility of it all, and the emasculating characteristics of industrial warfare; those features were antithetical to the Anzac Legend. Arguably, and interestingly, it is some of those very characteristics that made the Belgian battlefronts and their memory so enduring in British, as distinct from Australian, remembrance.

After studying interwar accounts of how Australians thought about the fighting in Flanders, Haultain-Gall explores Australian battlefield tourism in Belgium in the period, and the erection of official memorials. Later in the book, he also documents the establishment of small Anzac Day celebrations in Belgium by Australian authorities from the very end of the 1960s. But decade after decade, the observation remains unchanged: the battlefields of Belgium have limited aura with the Australian public.

Haultain-Gall also explores exogenous reasons that made Belgium the poor cousin of Australian First World War commemorations. In Belgium, given the scale of the fighting that occurred on the Ypres salient and the hundreds of thousands of men that fought there, Australians have had to share the commemorative landscape; they could not be at the centre of it.

In other words, Australia could not ‘claim’ or visually colonise Belgian battlefields in the way it could claim smaller sites such as Anzac Cove, Bullecourt, Le Hamel and Villers-Bretonneux. Belgian sites are multinational, and the locals understand them as such, remembering the Belgians, British, German, French, Canadians, and men of many other nationalities that fought in Flanders. This transnational understanding of the war on the Ypres salient conflicts with the narrow and at times nationalistic Australian approach to First World War remembrance.

This trend became particularly visible during the recent Centenary of the First World War, according to Haultain-Gall. During the centenary, Belgians wished to commemorate the war across borders, with all nationalities involved encouraged to celebrate peace or the European Union project, whereas the Australian Department of Veterans Affairs preferred to elevate the relatively small Australian contribution above that of everyone else. In fact – and this partly explains why Flanders operations sit in the background of Australian collective memory – Belgium offered limited possibilities for Australian self-aggrandisement and revealed the relatively small size of the Australian Corps. Looking at museum displays for instance, Haultain-Gall explains that ‘the Belgians did not cater their commemorative efforts explicitly to Australian desires’, and that ‘at Ypres and Zonnebeke … Australian content accounts for a fraction of the wider exhibition’.

To circumvent this issue, Australian authorities have created Australian-focussed museums or interpretation centres for quasi exclusively Australian tourists in small French villages, such as Mont Saint-Quentin, Bullecourt, Villers-Bretonneux, Le Hamel and Fromelles. No other nationality is competing for these sites, as they represent small-scale military engagements. In Belgium, however, the ‘cluttered, multinational commemorative space in Belgian Flanders’ has not been ‘conducive to the propagation of an Anzac-centric narrative’ of the First World War.

Overall, this book is the product of meticulous research, and it is clear to the reader how widely read the author is. Haultain-Gall relies mostly on published records (official archives, newspapers, books, diaries, letters), and some visual material as well, to substantiate his account, less so on material culture. The book reads very well and is carefully articulated, with each of its six chapters neatly compartmentalised to an argument and timeframe, which makes for an enjoyable read. The colour pictures, and the way the author integrates them to his narrative, also make the book a beautiful object in its own right. 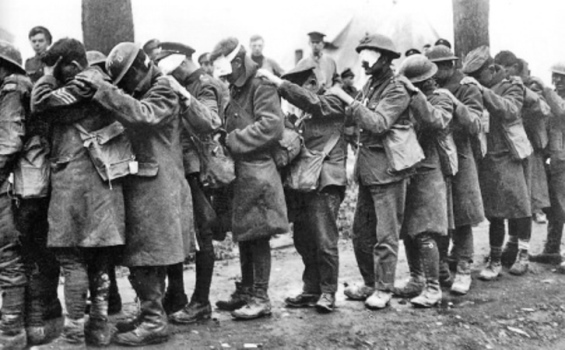 The book is also very well anchored in the historiography of Anzac. The study is essentially based on Australian or English-language sources, and it would have been interesting to grant more attention to those produced by local Belgians themselves. It may also have been interesting to ask the book’s leading question in a different way: could Belgium ever have achieved the memory status acquired by France and Gallipoli both during and after the war? For Australians, Belgium was never as evocative as France and its military tradition, or that of the Ottomans; it is not the imagined Orient, nor does it have the cultural prominence of France. In more recent decades, the French and Turkish tourism industries were also far larger than that of Belgium.

Finally, when discussing the fact that Australia’s centenary celebrations in Belgium failed to attract figureheads, a small mistake is made that is worth noting. In the epilogue, the author notes that Malcolm Turnbull stood beside French President Emmanuel Macron at the 2018 Villers-Bretonneux Anzac Day ceremony, an example of the far larger Australian commemorations in France than in Belgium during the Centenary period. President Macron, however, was not present on this occasion. Instead, he was represented by his Prime Minister, Edouard Philippe. Even in the Somme there is a limit to self-aggrandisement.

* Dr Romain Fathi is a Senior Lecturer at Flinders University, Adelaide, South Australia, and a Chercheur Associé at the Centre d’Histoire de Sciences Po in Paris. The First World War, war commemorations and Australian identity are his primary research interests. His latest book, Our Corner of the Somme, was published with Cambridge University Press in 2019. (Honest History’s review.) Dr Fathi is currently investigating the handling of human remains during and after the First World War. He is one of Resilient Humanitarianism’s (DP190101171) Chief Investigators; this is an Australian Research Council-funded project (2019-23). Dr Fathi publishes in French and in English, and has taught at several universities including Sciences Po in France, Yale in the United States, and the University of Queensland in Australia. For his other contributions to Honest History, check our Search engine.