News today that the Australian War Memorial has published a list of 250 Indigenous men who served with Australian forces in the Vietnam War. Media release but not an actual list.

The ABC story has a crucial quote attributed to Michael Bell, Indigenous Liaison Officer at the Memorial: ‘I hope [they] will realise that Indigenous soldiers will always be there ready to make that sacrifice if called on to defend our country‘ (bold added). 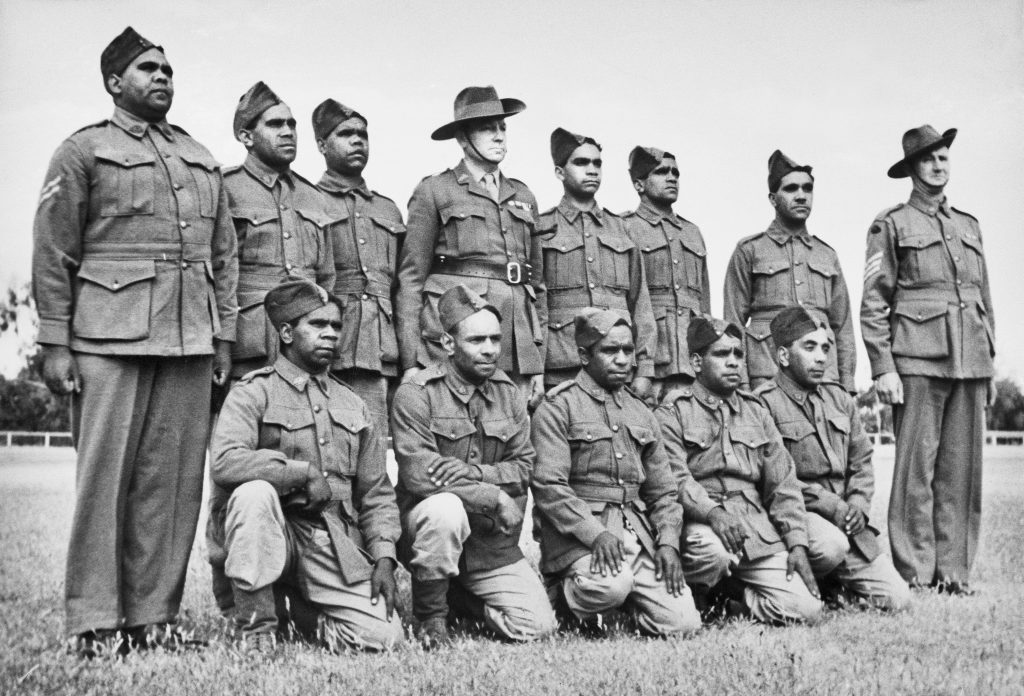 Yes, of course, and the instinct and desire to defend Country has existed throughout the history of First Nations people in Australia; it existed before 1901, when it became possible for Indigenous folk to don the Queen’s uniform; it existed from 1788; it existed till 1928, by which time perhaps 60,000 Indigenous Australians, including women and children, had died at the hands of settler-invaders, in what has become known as the Frontier Wars; it still exists.

Honest History sent this note to Michael Bell this morning:

Today’s piece in ABC News has you saying this:

“I hope [they] will realise that Indigenous soldiers will always be there ready to make that sacrifice if called on to defend our country,” he said.

Defence of Country is surely the common thread between Indigenous warriors fighting in the Frontier Wars and Indigenous soldiers signing up to fight in uniform. Why can we not treat them the same at the Memorial? Time for an Australian Frontier Wars Gallery, mention on the Roll of Honour, carved in the walls around the Pool of Reflection, maybe an Unknown First Nations Warrior next to the Unknown Australian Soldier.

We sent a similar note to Mr Bell (Update 7 July) when the Memorial during NAIDOC Week gave some publicity to Walter Parker, the man believed to be the first Indigenous death in the Boer War. A tragedy, but just one man, and about the same time as the Memorial was continuing to resist proper recognition and commemoration of Frontier War bulk deaths. Mr Bell did not respond then; we wonder if he or someone will this time. Meanwhile, Walter Parker and 250 Indigenous soldiers in Vietnam look like fig leaves for the Memorial’s failure to own the larger truth of the Frontier Wars.

As always, Honest History will publish without amendment any response the War Memorial cares to provide. 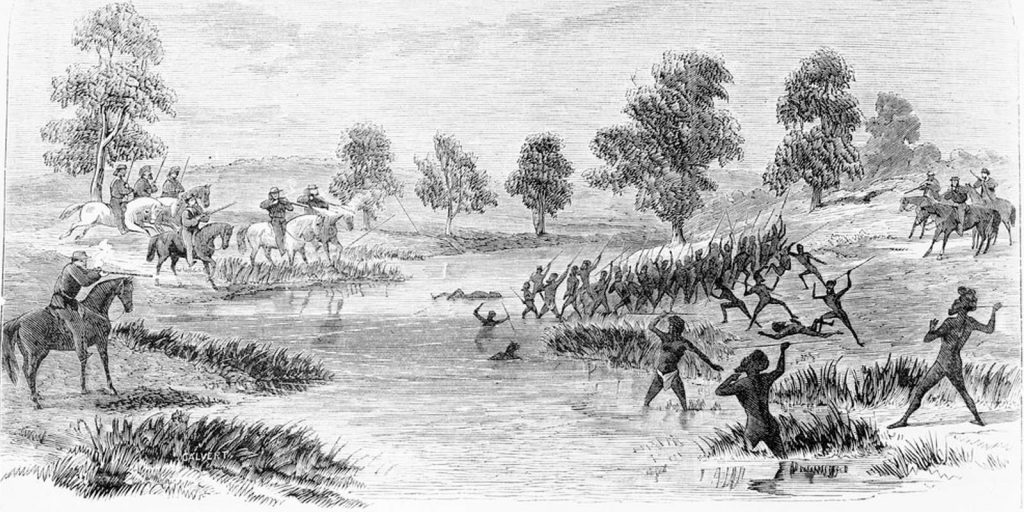