Thank you to Turkish correspondents on Twitter for passing on details of the book by Salahi R. Sonyel, Ataturk: the Father of Modern Turkey, Turkish Historical Society Printing House, Ankara, 1989. We have now sourced the relevant pages 204, 205 and 206 and provide the following comments. We are also familiar with the history of the Turkish Historical Society and have noted the previous works of Professor Dr Sonyel. Earlier material links from here. 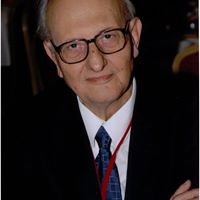 There is useful new information on pages 204 and 205 of Professor Dr Sonyel’s book about the Gallipoli Legion of Anzacs passing on condolences and asking for a photograph of Ataturk, following Ataturk’s death in 1938. This is one of a number of friendly contacts between Australia and Turkey during the 1930s, some of which are mentioned in our research note ‘Tracking Ataturk‘ (particularly paras 14, 16, 17 and 19) and in Cengiz Ozakinci’s March and April articles in Butun Dunya, translated on our webpage.

The material in our research note also notes the conspicuous lack of reference to the famous Ataturk words at occasions during the late 1930s and afterwards when they might have been recalled. See particularly the references to GF Davis’s thesis at para 9 of the research note and in para 12.

The lack of reference in the 1938-39 Gallipoli Legion exchange to remarks by Ataturk along the lines of the famous words – or by Kaya using Ataturk’s words – is similarly significant: if the Ataturk words were as world famous as Igdemir claims (p. 40 in Ataturk and the Anzacs) then it is odd that a group like the Gallipoli Legion, with its close interest in Ataturk, did not refer to them in 1938.

We recognise, of course, that lack of evidence does not mean something did not happen. But the position at the moment is that we still lack any firm evidence, prior to Kaya’s hearsay recollections of 1953, of Ataturk’s involvement. On the other hand, we have a lot of circumstantial evidence in Ozakinci’s work and elsewhere supporting a different view of what happened.

Pages 205 and 206 of Professor Dr Sonyel’s book are a reasonably accurate paraphrase and partial quote of the standard pamphlet on the subject, Igdemir’s Ataturk and the Anzacs of 1978. We are very familiar with the work and have read the English section of it thoroughly many times. We are also very familiar with the Dunya interview given by Kaya in 1953 in now two English translations and have compared the Turkish original with Igdemir’s Turkish transcription. (They match in all important respects.)

We note that Igdemir’s 1978 English translation of Kaya’s words from 1953 accepts the ‘Johnnies and Mehmets’ translation proposed by Alan Campbell of Brisbane, Queensland. This reflects the negotiations about the text outlined in the exchange of correspondence reprinted in the pamphlet. The statement about no difference between Johnnies and Mehmets adds an important dimension of meaning to Kaya’s Turkish, even assuming that Kaya’s recollection of Ataturk’s words is accurate (and assuming that the words were ever said).

On the Queensland connection also, see our ‘Tracking Ataturk’ research note at para 7. It includes a photograph of the opening of the Gallipoli Fountains in 1978 by Mr Campbell in the presence of the Premier of Queensland. The Fountains were demolished many years later but the words appear on a new memorial elsewhere in Brisbane.

We repeat our earlier statements that the sentiments in the ‘Ataturk words’ are admirable but we believe we have a responsibility to go where the evidence leads. As we said in ‘Tracking Ataturk’:

They are lovely words but we really don’t know that Ataturk ever said or wrote them. It detracts from the dignity of commemoration, whether it is in speeches or memorials, if we keep quoting these words and putting his name under them without proper evidence. Doing it again and again, as we have done in Australia and Turkey, just sets in stone what may well be a myth.

We look forward to further debate on this subject and, we hope, further discoveries of evidence. Thanks again to Turkish colleagues. Yurtta sulh, cihanda sulh!