Cahill, Rowan: A local history that captures the diversity of Australia

‘A local history that captures the diversity of Australia’, Honest History, 1 April 2019

Visiting American-British travel writer Bill Bryson, after browsing Australian second-hand bookshops and seeing the vast amount of local histories on the shelves, was amazed, and judged this abundance showed Australians to be ‘a remarkably self-absorbed people’.[1] Family history is often a sub-genre of local history, and historian Tanya Evans has observed that, as a cultural industry, family history is stronger in Australia than in any other country. Its dramatic growth since the 1970s ‘has revolutionized access to historical sources within archival institutions and on the internet’.[2]

The proliferation of local histories in Australia should not be surprising. Depending on your graphics and how you situate the two maps, the map of Europe, including the United Kingdom, with the limits the Eastern borders of Poland and Romania, can be contained within the map of Australia. Within the superimposed European geography, there is a plethora of cultural, political, historical diversities and differences, and this is simply accepted as a matter of fact, as a no-brainer. So why not in Australia?

Admittedly, in comparison with Europe, Australia’s population density is much less. However, Australia is a land mass conducive to the cultivation and creation of diversities. Before the development of white settler society after the British invasion of 1788, Australia carried a vast diversity and complexity of Indigenous cultures and societies and had a history of occupation of some 60 000 years at least. After 1788, despite the long process of negotiation and debate that brought about Federation in 1901 and vigorous attempts subsequently to create a cohesive sense of national identity – with the Australian martial experience emerging as a significant factor after 1918 with considerable political and financial push from the 1980s onwards – Australia remains a nation of diversities.

In terms of geographies and resources, the diversities are compounded and politicised by the blend of American and Westminster constitutional considerations that led to the development of the three-tiered system of government underpinning post 1901 Australia. Within this sense of diversity there are many others, a key shaping and diversifying influence being the different colonial histories of the component parts. Then there is the population, with over a quarter of it, almost a third, born overseas, its hegemonic Anglo-Celtic ancestry prior to World War II hugely ameliorated and reshaped after 1945 by immigration. This led to the description of the nation as ‘multicultural’ from 1973 onwards when the term was imported from Canada.

To these diversities conducive to a thriving local history industry should be added another factor. While unease about Indigenous dispossession had long been part of settler Australia’s awareness, it was not until the 1990s that local histories began to significantly include Aboriginal people as part of community stories, other than as relics or ephemerals. New local histories began exploring ‘contested Country’, with writing about ‘place’ from the perspectives of both ‘old‘ Australians and ‘new’ migrants tackling ‘the ethical and emotional dilemma at the heart of settler society: how can one belong in a “place” that is loved by those who are its inheritors, yet mourned by others from whom it was taken?’[3]

Pam Menzies’ Port Kembla: A Memoir is an interesting contribution to the local history corpus. It is focussed on the town of Port Kembla on the South Coast of New South Wales, the first Australian town dependent for its growth and development on industrialisation. Menzies treats Port Kembla as a distinct geographic and social locality, not, as tends to be done, as part of the neighbouring commercial centre of Wollongong or of the larger Illawarra region.[4] For those aware of Port Kembla as an industrial and militant working class site (via books by Erik Eklund and Rupert Lockwood), this memoir portrays the site otherwise, industrial turmoil barely rating a mention and industrialisation but a backdrop.[5] 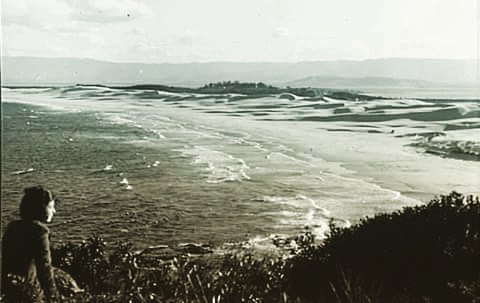 The book is built around a history of Menzies’ family across three generations in Port Kembla from 1910. The author, born 1943, felt impelled to write the book following a family health crisis during her seventies, when she came to realise that she was the sole ‘keeper’ of the family’s stories across time. If she didn’t record these stories, they would disappear with her. (The role of women as ‘keepers’ of family stories is well known to oral historians.[6]) Upon this family scaffold, Menzies develops her story of Port Kembla, evoking life in the town, with the steel, copper and fertiliser industries the glue that held it together. Her experiences of childhood and early teens in the 1950s and 1960s are an evocative part of the memoir. She and her family left the town during the sixties – along with many others who could afford the mobility – for the fresher air of less industrialised areas north of the Port.

Menzies’ mother was a housewife and a church organist, her father a qualified metallurgist and superintendent of the coke ovens in the steelworks. Her father’s status and his comfortable regard for his bosses seem to have cocooned young Pam from the blue collar industrial tensions and turmoils that are part of Port Kembla’s history. Her childhood and early teenage years were not spent in Cold War political shadows, but in metaphoric sunshine and innocence. The coke ovens, blast furnaces and stacks are a backdrop in her account, though industrial smoke and thick sulphuric air are palpable presences. As soon as she could, Pam left the Illawarra region, only in mature adulthood returning and coming to understand and appreciate the extent to which the Port and its environs shaped her and her family.

As Menzies explains, while researching her book she returned to the physical environs of her childhood. She found the place hugely altered and in economic downturn as the lifeblood industries had already or were then offshoring, scaling down, closing down. The landmarks of her childhood tended to exist only in her mind, their physical reality variously destroyed, in ruins, redeveloped. So the book is also about the resurrection of ‘place’, Menzies’ memories checked against archival and published materials and the memories of others. She successfully achieves this, and situating herself within it establishes a sense of belonging.

Complexity is added when she links this sense of belonging to the Indigenous displacement that made her family’s experiences of the Port possible. This becomes poignant as she recalls the Indigenous people she mixed with and was aware of while growing up, not understanding at the time that they were dispossessed, displaced, the process continuing locally as late as the 1940s. Towards the end of her memoir she movingly draws the two experiences of place and belonging together, those of the displacers and the displaced, her simple and effective writing addressing the emotional and ethical dilemmas involved.

Menzies adds a further depth to the memoir, ending with ruminations about the problem of regeneration: how does a locality survive, once lifeblood industries have gone or almost gone? It is a problem many industrial communities are going to encounter in times ahead as industries and companies morph, variously offshore, and reliance on fossil fuels rolls back. Menzies looks at community projects, experiments and initiatives currently taking place within the Port, and finds hope. Overall, Menzies’ Port Kembla is a nuanced and layered social and cultural history – a lot more than what ‘memoir’ often delivers. 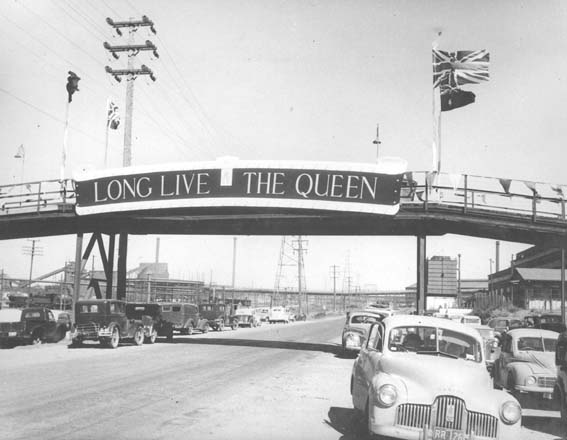 Finally this: I regard local history as a democratic process. The research and writing involved does not require institutional accreditation or complex theoretical constructs. It is a process that establishes individualities and diversities and a parade of people and events that would never rate a mention otherwise; and it variously conveys senses of community. I have been a fan of the genre since the early 1970s. Back then, two local histories, despite their amateurishness and naivety, helped me, very much an ‘outsider’, understand the conservative rural community in which I was working as a school teacher and trade union activist. As Tanya Evans demonstrates, the sophistication of this sort of history and its historians are increasing dramatically, and academic historians could well profit by working with and learning from it and them.[7] For me, local histories capture the diversities of Australia in ways that fracture the glib notion of Australia as an imagined ‘oneness’, diversities those who claim to speak on behalf of the Australian people could well heed.

* Rowan Cahill is an Australian radical historian and journalist. He is the author or co-author of six books.

[7] See Evans, ‘How do family historians work with memory?’; ‘Secrets and Lies’.