Broinowski, Alison: Review: The daughters of John Burton are determined to correct the public record of their parents

‘Review: The daughters of John Burton are determined to correct the public record of their parents‘, Canberra Times, 11 June 2022 (pdf from our subscription) updated

Update 9 August 2022: Christopher Waters in Australian Policy History has a review. ‘This is a brave book … It is much more than a family memoir; it is a fine work of history.’

Update 26 June 2022: Mark Kenny in the Canberra Times on the book and modern day comparisons in the persecution of Assange and Collaery (pdf from our subscription).

Review of Persons of Interest: An Intimate Account of Cecily and John Burton, by Pamela Burton and Meredith Edwards, recently published by ANU Press (free to download; printed version available). The book is a combined biography of the Burtons, set against their times.

“Planet John” was inspiring, but self-centred [Broinowski summarises]; others circling around him became his disciples, or lovers. While Cecily coped with illness, John’s absences and sudden moves to other houses for 30 years, she supported his projects – including standing for repeated elections, and running the Green Square Bookshop in Kingston, which supplied books and records by bus to school libraries and workers in the Snowy Mountains.

She typed and edited all his manuscripts, while always feeling misunderstood and undervalued. But she had her own aspirations to consider, and despite their thriving social life, the Burtons were not communicating well.

The public side is better known but needs remembering today.

Burton’s innovations in foreign policy set us an example now [says Broinowski]. He advocated recognition of China in 1949, pressed Evatt to support independence for Indonesia, Vietnam, and Malaya, and advised Menzies against joining the Korean war. In the mid-1950s he called for Australia to be part of Asia, and attended Nehru’s Afro-Asian conference in 1954 and Sukarno’s Bandung Conference in 1955 – whose principles for peaceful co-existence remain in place today, including in China. He prophetically warned that the ANZUS Treaty could involve Australia in American antagonism towards Asia. “Deterrence”, Burton wrote later, “doesn’t deter”. 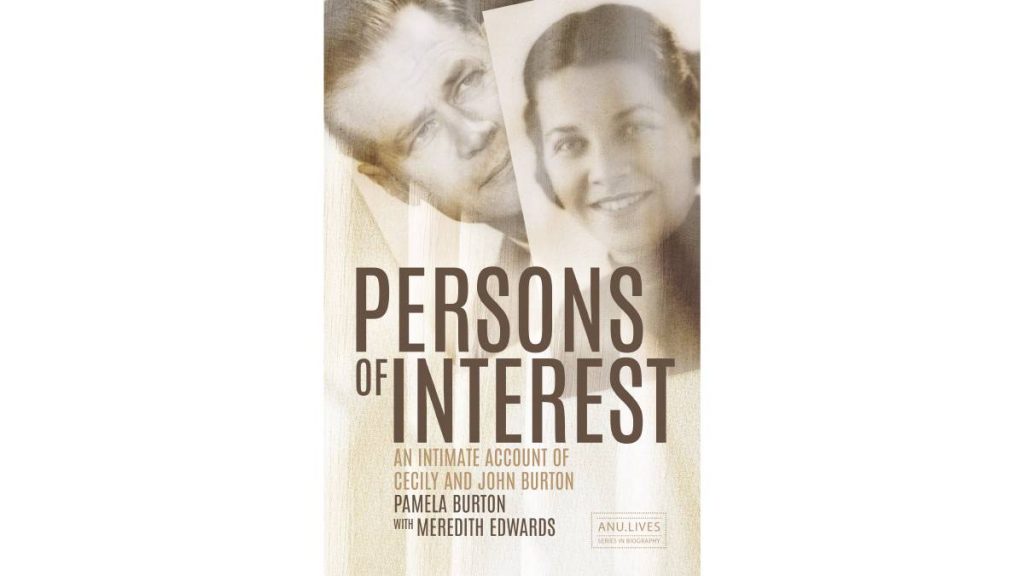 Title in Canberra Times hard copy: ‘Bad genes or ahead of his time?’ In both the online and hard copy versions the illustration is miscaptioned: Burton is on the left.