Blogging the Great War from Gippsland

The genesis for the blog, Shireatwar.com, came from family history. My wife’s family came from the Shire of Alberton in Gippsland. They were dairy farmers. In World War I two of her great-uncles served in the AIF and both were killed. Their names, Patrick John Sexton and Patrick Joseph Mills, appear on the war memorial in the main street of Yarram, which was then the chief town in the Shire of Alberton.

Patrick Joseph Mills enlisted at age 26 in August 1915 and died of wounds sustained at Pozieres just one year later on 29 August 1916. He is buried in a small rural cemetery at Puchevillers. Patrick John Sexton MM enlisted on 16 September 1914 at age 19 and made it all the way through to 17 April 1918 when he was killed on Mont Kemmel. His grave was lost when the Germans broke through the British line in their Spring Offensive. His name is recorded on the Menin Gate. 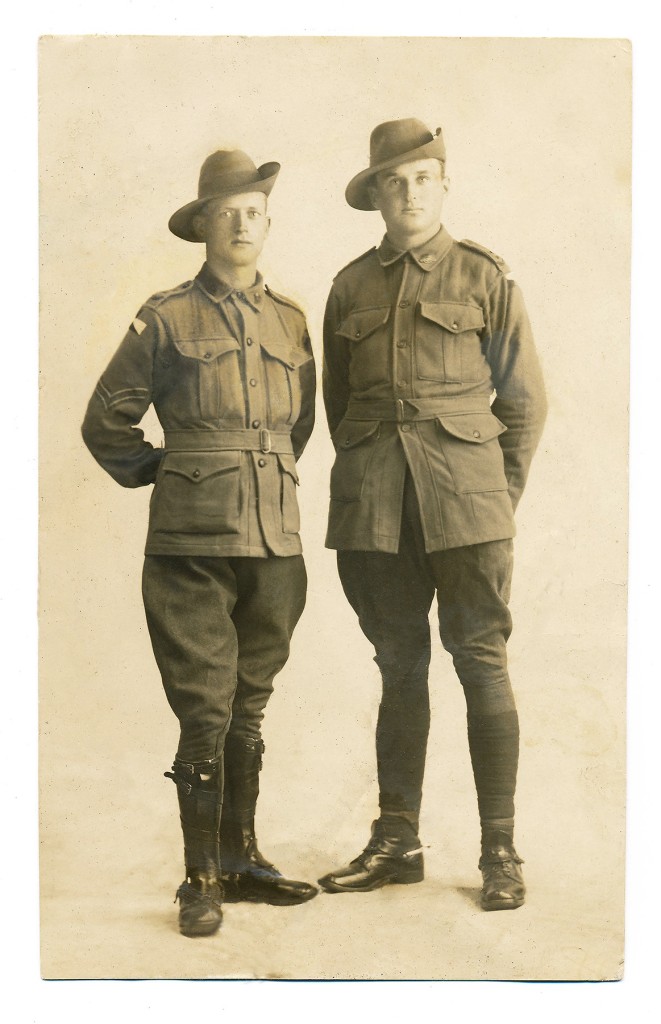 From this initial interest in two relatives, I gradually extended the research. First, I looked at the AIF records of all the men on the war memorial. Curiously, I noticed that there were some men who could have been described as ‘local’ but whose names were not on the memorial. Further investigation revealed that the 79 names on the memorial of those who were killed on active service were not added until ten years after the war had finished. The delay obviously increased the chance of names being forgotten. But it was not as simple as this and there was clearly a tension between the possibility that a name could be ‘forgotten’ and the reality that some men were not considered ‘local’. Increasingly, it appeared to me that the real issue was how a ‘local’ was identified at the time.

I wanted to investigate the backgrounds of all the men on the war memorial – their age, religion, class, marital status, health, and so on – to look for common characteristics that might, in some way, define this group from that particular area. But as I carried out more of the research, I realised that, if I wanted to be able to draw conclusions on the men from the Shire who enlisted in the AIF, I had to extend the scope even more to look at all the men who enlisted and even those who tried to enlist but were rejected.

Once I committed to this work the background problem about defining ‘local’ became very evident. Whereas reports in the local newspaper at the time put the figure of men who enlisted from the Shire as high as 800, the number of names on various official lists, honour rolls and the like was closer to 500. The significant discrepancy appears to relate to the fundamental issue of ‘local identity’. What the research has shown is that a number of men who were living and working in the Shire at the time, and who enlisted in the AIF, were not included in the Shire’s official counts and records.

The research also indicates that, overwhelmingly, this ‘lost’ group of men belonged to the rural working class; they were ‘lost’ principally because of the transient nature of their work. The current research also suggests that while the majority of enlistments came from the rural working class this very same class ran the risk of being ‘written out’ of the local history.

As well as looking at the men who enlisted, the research has also sought to uncover the impact of World War I on the local community. It looks closely at issues like recruitment, conscription and repatriation. It also looks at the politics of the local community and division and conflict within it. There is also the issue of whose voice was the most powerful in setting the narrative of World War I in the local community. I have relied a lot on the local newspaper, the Gippsland Standard and Alberton Shire Representative, and materials from the Shire archives. I have also analysed the content of more than 150 farewell and welcome-home speeches made over the duration of the war. 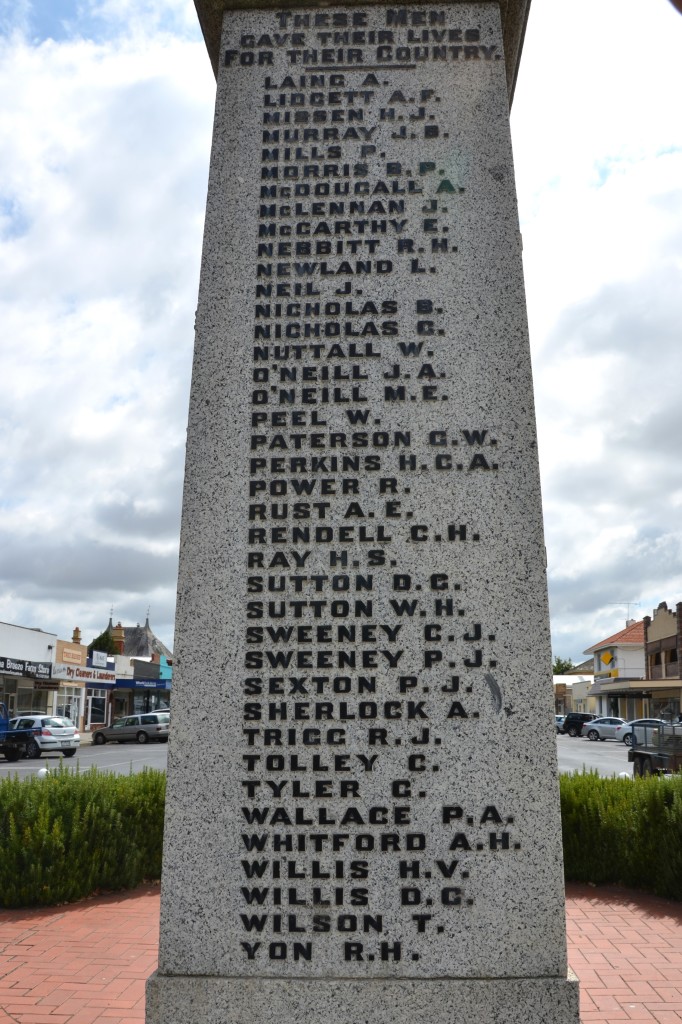 In June this year, it occurred to me that, rather than wait several years to complete the research and then perhaps try to publish it, I could progressively release reports on my research. I started to think about the possibility of a blog. Obviously, there are risks in using a blog for this type of research and it is not commonly attempted but I decided that it was worth trying. Moreover, I saw that I could write the posts to track the course of World War I as it played out 100 years ago in the Shire of Alberton. The blog could show the dynamic interplay between local, national and international events as they unfolded 100 years ago.

In brief, the blog is a social history of the Shire of Alberton in World War 1. It is intended to build progressively a picture of my research on the men from the Shire who enlisted. Without a doubt this research will reveal the important but often unacknowledged role of the rural working class in the AIF. I suspect the research will also show that the social reality of class played a key role, not merely in determining who enlisted in the AIF but also in determining how the narrative of the war was both created and told at that time and also how the history of the Great War in Australia was written.

The blog is also meant to present the unfolding account of how the war played out in a particular rural community in Gippsland, Victoria. Hopefully, the blog will add to our overall understanding of the true place of World War I in our history.

Incidentally, the Shire of Alberton no longer exists. It was subsumed within the larger Shire of Wellington in 1994. However, 100 years ago the Shire of Alberton was definitely seen as the place where European settlement in Gippsland had begun and the Shire saw itself as one of the quintessential pioneering communities in Australia’s history.

Phil Cashen is a retired high school principal from South Australia. He has always had a keen interest in the teaching of history. His wife’s family has strong links with the Shire of Alberton. From a research perspective he is keen to employ quantitative analysis to explore major themes in Australian history, particularly those to do with class.