Blaxland, John: Intelligence as an arm of government in peace and war

‘Intelligence as an arm of government in peace and war’, Honest History, 4 March 2019

Fahey is not a trained historian but a practised intelligence writer and he writes well and has a strong handle on how to present his material lucidly and clearly. He undoubtedly benefitted from the close involvement in the project by one of Australia’s leading historians, Professor David Horner, a Prime Minister’s Literary Award winning author, who himself has written extensively on signals intelligence and ASIO. Horner was approached by Allen & Unwin to examine Fahey’s draft manuscript and he helped ensure the final product was focussed and balanced. The result is an eminently readable, well referenced, and contextualised book that offers a fresh perspective on the early days of Australia as a nation, through the lens of its intelligence practitioners and intelligence operations.

Fahey declares his purpose in writing is to provide the specialist and the general reader ‘with a well-researched history of Australia’s early intelligence operations’ and to ‘show how the secret history of a country is a far more dependable indicator of what actually happened than all the public pronouncements and posturing of politicians and appointed officials’. He does this well by ‘examining not so much what was said in favour of closely examining and describing what was done’. (p. xvi)

Fahey starts at the beginning of Federation and traces Wilson Le Couteur’s Pacific mission in 1901, itself an operation premised on mistrust of French and British intentions in the Pacific. He then moves on to the work of Atlee Hunt, a public servant and spymaster, and the work of military intelligence in the early days, which focussed on ensuring that accurate and reliable mapping was available. Fahey then discusses the successes and pitfalls in intelligence practice along the way. These included enduring concerns about Japanese capabilities and intentions, halting efforts at developing intelligence and counter-intelligence capabilities during World War I, difficulties experienced in the inter-war years, the ruthlessness and sophistication of Japanese counterintelligence in the 1930s, and the emergence of the Coastwatchers as war commenced again.

Fahey describes the often tragically wasteful work of the Allied Intelligence Bureau (AIB) and its special operations missions during World War II, where repeated and amateurish attempts to disrupt the Japanese in Timor and the Netherlands East Indies (now Indonesia) saw many good men’s lives effectively wasted for little if any noticeable effect. On a component of the AIB, the Services Reconnaissance Department (SRD), for instance, Fahey observes the

SRD’s brief was to conduct HUMINT [human intelligence] operations behind enemy lines as well as sabotage and other direct action. This decision mixes two types of action that do not mix. The first was the collection of intelligence, an undertaking that requires a quiescent target and sits uneasily with the second, the conduct of sabotage, disruption and propaganda operations to harass and annoy the very same target. These two activities cannot be run at the same time, as the experience of the SRD amply demonstrates. (p. 170)

Fahey is searingly accurate here on the dangers of half-baked thinking on the merits of combining supposedly discreet intelligence collection operations and completely indiscreet sabotage operations. 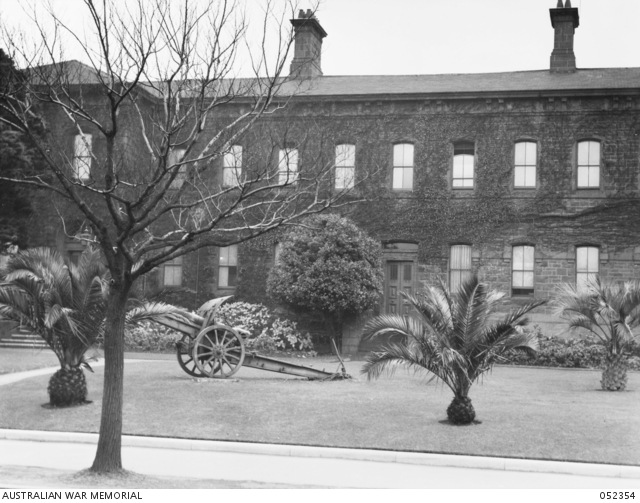 Reflecting his own professional background, Fahey is most comfortable discussing the remarkable successes of Australian and allied wireless interception – what Fahey anachronistically calls signals intelligence or SIGINT – operations in breaking Japanese codes and then using that information to help shorten the war in the Pacific. This series of successes helps balance what is an otherwise depressing picture of AIB incompetence and naiveté. Yet even here, Fahey does not write hagiographically. He considers, for instance, the damaging effect of the high level of animus between the Fleet Radio Unit Melbourne (FRUMEL) personnel and their counterparts working in the wartime predecessor organisation to ASD, the Central Bureau. He also observes the tensions experienced between Australians and their American counterparts working for the distrustful and controlling General Douglas MacArthur. Interestingly, the experience showed that ‘despite the failings of the Australian government in protecting the secrets of her allies, the British argued with the United States on behalf of Australia in many of the lower-level policy arenas, particularly SIGINT.’ (p. 214)

Importantly, Fahey draws attention to the significance of wartime close relations to the postwar intelligence arrangements that emerged following the cessation of hostilities. He may be overstating the significance of the Central Bureau’s experience, but the point is worth considering.

[It] is entirely possible that the effectiveness of the cooperation and close collaboration between the United States, Australia, British, Canadian and New Zealand personnel at Central Bureau paved the way for the UK-US Agreement (UKUSA) and the creation of the postwar five-eyes SIGINT community that still functions so effectively today.’ (p. 226)

On domestic security and counter-intelligence efforts, Fahey is particularly critical.

With those in the very top of government prepared to ignore security when it suited them and officials who could not run their departments properly, it is no surprise that Australia’s security services were abysmal. They lacked cohesion, resources, training, procedures, protocols and any understanding of what ensuring security meant. They spent their time looking for German and Italian spies who did not exist and in harassing Italian priests, Jehovah’s Witnesses and anyone else they deemed a security threat. They completely missed the growing network of NKGB and GRU (USSR foreign military intelligence) spies and agents that would later compromise ULTRA and the standing of Australia as a country that could be trusted. (p. 250)

Ouch! To be fair, Fahey’s criticisms also resonate with observations David Horner and others have made elsewhere about the wartime security intelligence services. (See Horner, The Spy Catchers, Allen & Unwin 2014.) No wonder then that Fahey acidly dismisses the Director-General of Security, Brigadier Simpson, whom he describes as ‘one of those connections of [HV ‘Doc’] Evatt’s who had been promoted well beyond his capacity. He was no loss to intelligence when he returned to the law.’ (p. 261)

Fahey also demonstrates the ineptitude on display by SRD’s egregious transmissions security breaches which ‘told the Japanese that Australia and the Allies were reading Japanese codes and just how quickly they were doing so. There can be little doubt that the breach was quickly identified.’ (p. 255) He continues, ‘what saved the Allied SIGINT effort following this extraordinary breach of “Y” procedure by the AIB and SRD? The Japanese. Their response was to explain it away and do nothing.’ (pp. 255-56) Phew!

He also shows how the Soviet Legation in Canberra was leaking intelligence to the Japanese.

Tokyo was broadcasting Australian SIGINT issued on 7 November to its commands on 11 November. This intelligence was not delayed long enough to have gone through a process of careful dissection. It had either been quickly stolen from the Soviets in Harbin, a risky undertaking, or been passed directly to the Japanese by the Soviets in an effort to slow the American [and Australian] advance towards Japan. This was realpolitik of the highest level, and it puts to rest the idea that those communists who passed intelligence to their Soviet masters did no real harm to the war effort. (p. 259)

Fahey’s work, here and elsewhere, is based on solid archival research. It is also informed by the breadth of scholarship on intelligence operations from others, such as David Horner and Des Ball (Breaking the Codes, Allen & Unwin, 1998), Ian Pfennigwerth (A Man of Intelligence, Rosenberg, 2006) and Alan Powell (War by Stealth, Melbourne University Press 1996). But Fahey does an excellent job of weaving these disparate stories into one coherent narrative about the place of intelligence as an arm of government in peace and war.

This is a ground-breaking, scholarly and yet very readable and important book. I highly recommend it for anyone wishing to understand the origins of Australia’s intelligence architecture and for those interested in a fascinating exploration of a largely uncharted domain of Australian history in the formative years of the first half of the twentieth century.

* John Blaxland is Professor of International Security and Intelligence Studies and Head of the Strategic and Defence Studies Centre, Australian National University, Canberra. His most recent books are The Secret Cold War: The Official History of ASIO, Vol. III, 1975-1989, with Rhys Crawley, (Allen & Unwin, 2016) and The Protest Years: The Official History of ASIO, Vol. II, 1963-1975 (Allen & Unwin, 2015).