Update 26 May 2018: David Wroe and Sally White in Fairfax with some reaction from the Memorial’s Dr Nelson, who says the Memorial will not be giving Dr Chau’s money back.

Update 25 May 2018: Sally Whyte in Fairfax goes through the Chau Chak Wing donations to the Australian War Memorial and gets a total value of $560 000, as admitted by the Memorial.

Update 23 May 2018: Andrew Hastie MP under parliamentary privilege ‘blows the whistle’ on Chau’s Chinese connections. Though most of it has been in the public domain for 12 months.

Honest History has previously noted the links between the Australian War Memorial and wealthy Chinese-Australian, Dr Chau Chak Wing. In 2015, Dr Chau was made a Fellow of the Memorial, and his name is on the Memorial’s wall opposite the reception desk. His company Kingold is listed nearby as a donor to the Memorial.

Hamilton’s take on Dr Chau is much the same as was on record previously, following the investigative work by Fairfax and the ABC. Hamilton notes that ASIO contacted Australian political parties about Dr Chau (see here and here), he touches on the United Nations bribery scandal, and he reminds us that Dr Chau is an Australian citizen, has lots of money from many business interests, donates some of it to political parties, universities, and other institutions, and is well connected in Australia and China.

Hamilton also mentions a book Quiet and Loyal Spirit: Commemorating Chinese Australian Military Service (2015), edited by Dr Sheng Fei of the Sun Yat-sen University. In the acknowledgements of the book Dr Chau is thanked ‘whole heartedly’ for his support. The book (available in paperback from the Memorial shop for just $2.99) is well meant and has some nice photographs of soldiers and their families, but is often risible and cringe-making. For example, referring to Chinese-Australian enlistment in World War I, the book says ‘some of the Chinese young guys were luckily enlisted because new bills of 1915 and 1917 lowed requirement of height and circumference to new soldiers’.

Hamilton has this perceptive comment, under the sub-heading ‘Chinese Anzacs’. 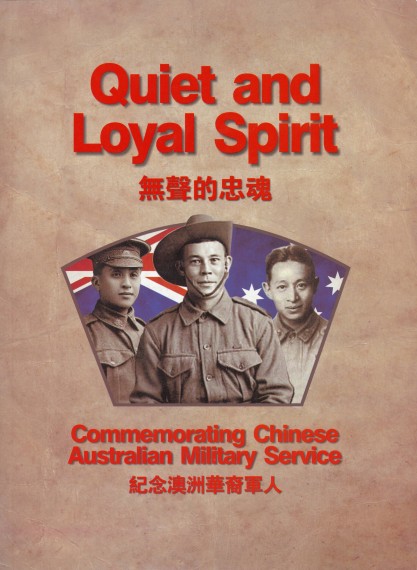 Finally, back to that listing of Fellows in the Memorial’s foyer. There are nine of them, comprising two staff members, a veteran volunteer, the current and former Chairs of the Memorial Council, two musicians, and two businessmen. One is Dennis Muilenburg, President and CEO of Boeing, the world’s second largest arms manufacturer (and donor to the Memorial). The other is Dr Chau.

Hamilton’s book is not just about Dr Chau, of course, and we are reading it all. There is a review of it by David Brophy in Australian Book Review. And another review by Tina Faulk in The Spectator. See also the submission by Hamilton and Alex Joske to a parliamentary committee. A further review in Inside Story by Honest History President, Frank Bongiorno. Another review by Paul Monk in The Australian. Colin Robinson review in Overland with lots of comments. Andrew Podger review in The Conversation provoked comments, too. Andrew Chubb in The Conversation on issues to do with Chinese influence in Australia. 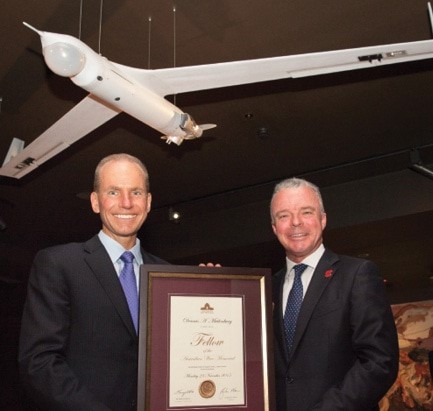 CRUCIAL CAPTION: There are nine Fellows of the Australian War Memorial listed in the Memorial’s foyer. Two of them are shown here (pictures from the Memorial’s 2016 Annual Report) receiving their awards for their contributions, including donations, to the Memorial’s work: Dennis Muilenburg, CEO of Boeing, the world’s second largest manufacturer of weapons of war; Dr Chau Chak Wing, Chinese-Australian businessman. In 2015, ASIO warned Australian political parties about accepting donations from Dr Chau.