Veteran Canberra Times columnist, Ian Warden, yesterday mentioned the speech by Carolyn Holbrook to the recent UNSW Canberra Summer School for Secondary History Teachers. Warden, whose column ‘Gang Gang’ has informed and entertained Canberrans for 40 years, was particularly taken by Holbrook’s mention of the ‘Anzac Pin-Up Girl t-shirt’ and reproduced a picture of this garment (also below). (The column appeared also in other Fairfax media online; scroll down a little to find the comment on the t-shirt.) 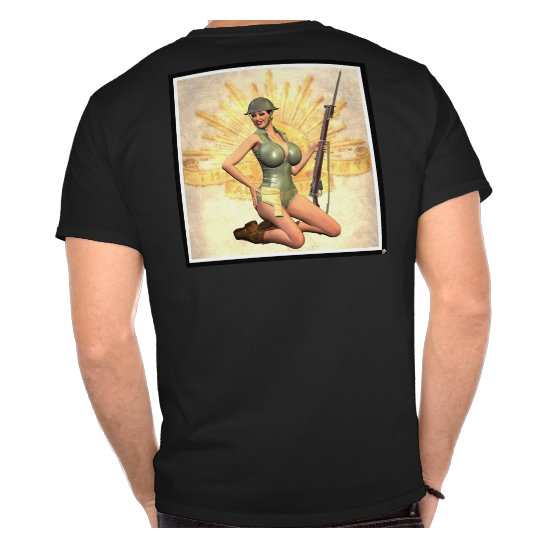 The t-shirt is ‘Anzac porn—a new low in the commercialisation of Anzac’, according to Holbrook. Honest History has provided information about the t-shirt and other Anzac brand items to the Department of Veterans’ Affairs, which administers the regulations which control the use of the word ‘Anzac’. Some of these items are sold from the United States and we will be interested to see if this gets them out of abiding by the Australian regulations.