The preliminary report of the Donnelly-Wiltshire review was released in June 2014. Donnelly interviewed. Gary Foley and Elizabeth Muldoon question the treatment of Indigenous history in the current curriculum. Donnelly writes in September 2014.

Honest History has looked previously at the close interest being taken by the Federal Education Minister, Christopher Pyne, in the national curriculum, particularly as it relates to history. There is a fact sheet here, our views were quoted here and our secretary, David Stephens, published an article here.

The Minister’s announcement suggests the Donnelly-Wiltshire review will range widely across teacher quality, principal autonomy and engaging parents in education, as well as ‘strengthening the curriculum’, which is the area of Honest History’s particular interest, especially relating to history. Our interest may be summarised as ‘support for diverse, evidence-based interpretations of Australian history’. Or, put another way, ‘not only Anzac, but also many other strands’.

The Minister’s plans have received wide and polarised coverage, nowhere more clearly shown than by the diverging comments appended to articles in The Guardian Online and articles in The Australian. As someone said, ‘everyone went to school, so everyone sees themselves as an expert on schooling’ which seems to transmute into, ‘I don’t know much about history, but I know what I like’. 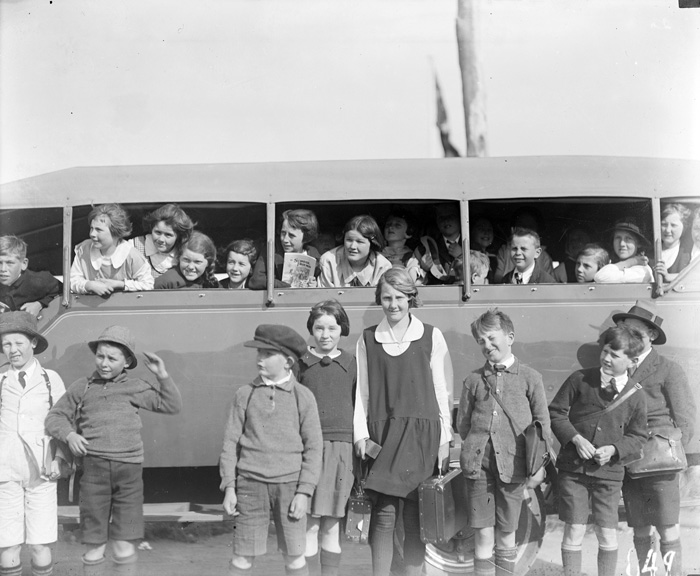 For every poster and blogger who thinks Pyne is on the right track, there is one (or possibly two) who think he is off his trolley. JJ Richardson in The Guardian said, ‘The English [Civil] War and God bothering as the focus of education? Here we go again, I thought the LNP had got over the Culture wars, apparently not.’ On the other hand, Rob said in The Australian, ‘There are no values, either moral or ethical, taught, kids are not taught about why where and how we came to be a nation, it is simply a national disgrace. Mr Pyne you are quite correct and as a Government you have an obligation to do something about it.’

The Minister’s announcement also provoked some articles (thoughtful and provocative and prolifically commented upon) from both ‘sides’ of what some observers predicted would be another round of the ‘culture wars’ (see Berg, Hull, Patton, Smithies, Sparrow, Taylor, Taylor again). There were also some tongue-in-cheek articles and some which made connections to other issues (Lenore Taylor 11 January). Paul Daley asks where the Minister stands on the teaching of indigenous history. An early round-up of the debate, with links, is here. A historical survey is here. Discussion is here. The chairman of the Australian Curriculum, Assessment and Reporting Authority explains the curriculum development process.

Some of the links above are chronologically out of order but it is hard to keep up. An open letter from educators to the Minister is here. Stephanie Forrest of the Institute for Public Affairs argues that curricula should be the responsibility of parents and schools, not governments. Ken Boston, former education bureaucrat, says the curriculum initiative is a diversion from Gonski problems. Minister insisted that parents and teachers supported the review to which this earlier article is relevant. Tony Taylor responded. There is a Bruce Petty cartoon here. The official description of the curriculum development process is here and see also Louise Zarmati in the Appendix below. As the submission period due to a close, some Christian schools came out for Western Civilisation.

School curricula in history have been a political battlefield in Anglo-Saxon countries, on and off, for decades, the vehemence of the views expressed arising from two differing views of what history education is about: on one hand, there is the view that it is about training young people to think, making use of evidence from history, evidence that may lead different students in different directions; on the other side, the preference is for history as a set of agreed facts, the knowledge of which makes a youth a better citizen of their country and which, at a pinch, can be used as a test of whether the person concerned is ‘one of us’.

The Minister’s call for ‘balance’ in the curriculum is welcome, if the word means what most people mean by the word (multiple elements, none dominating), but then he is also on record as saying, ‘History is what it is. We should know the truth about it and we shouldn’t allow it to colour our present and our future.’ (April 2013) That suggests the Minister yearns for a single, received ‘true’ view of history, probably one based on ‘Western Civilisation’ (given what he has said on that subject also), which lends itself well to a civic education style of history course (‘these are the facts that you need to know to be a real Australian’) rather than a course which develops analytical and thinking abilities.

Honest History had intended to publish a symposium on the April remarks by the Minister, seeking the views of a number of historians and commentators and then putting their views to the Minister, but events have moved on. We received three thoughtful contributions from Frank Bongiorno at ANU, Greg Melleuish at Wollongong and Louise Zarmati and these are reproduced in the Appendix to this note. Kevin Donnelly and Keith Windschuttle were asked to provide input but did not do so. Tony Taylor expanded draft comments into published articles in other outlets as recorded above.

Finally, the second part of the April statement is intriguing, in view of the Minister’s (and his reviewer Dr Donnelly’s) interest in Western Civilisation: if history is just ‘the facts’ (‘what it is’, ‘the truth’) then why is it important to privilege a particular slant on these facts (‘Western Civilisation’)? There is a lot of muddle in the air; perhaps Donnelly-Wiltshire will sort it out. Perhaps. 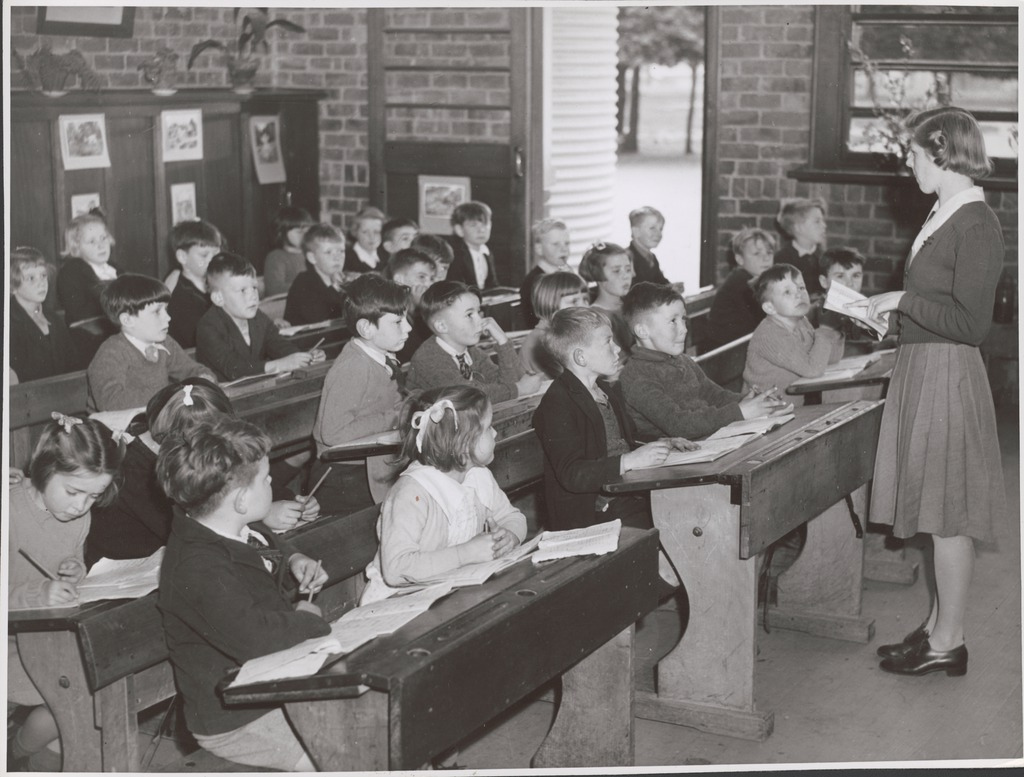 The primary commitment of any historian is always professional in the sense that the historian wishes to get as close to a factual account of what actually happened as possible. To attain this goal the historian uses basically the same tools as are utilised in the law and in journalism. This means using as many accounts as possible, sifting through those accounts and attempting to reconstruct the most accurate and reasonable account of events.

Historians are critical, and generally sceptical, because they know that people lie, forget and may have only a partial view of an event. Sometimes it is necessary to apply simple logic as the facts appear to be at odds with what a reasonable person would expect. For example, it is very difficult often to reconcile the numbers of soldiers provided in accounts of ancient armies with explaining how those soldiers were provisioned.

Really, the establishment of truth in historical matters requires thoroughness, common sense, and a recognition that with the best will in the world one may have made errors. Hence historical truth is generally provisional in nature, as there is always the possibility that new evidence may be uncovered. Fortunately, if historians make mistakes no one goes to gaol. But as with any professional they must have an ethos which dictates that their enquiries lead to as accurate an outcome as is humanly possible.

When conservatives complain about the rewriting of history, as they often do, what they really mean to complain about is its rewriting by those ‘progressives’, ‘multiculturalists’, ‘leftists’ and other purveyors of ‘political correctness’ whom they see as their ideological opponents. When conservatives demand that history not be abused for the sake of political gain, it is political gain by these ideological opponents with which they are concerned.

When conservatives call for the truth, the whole truth and nothing but the truth about history, what they really mean is that their own understandings – no more than their present politics dressed up in the garb of the past like some Elizabethan costume drama – should be endorsed as ‘objective history’ and slotted into the school history curriculum as a compendium of ‘facts’ and ‘common sense’.

There is never any sense of history as a form of enquiry. It is never about research. It is never about excitement and discovery. It is never about a young person developing their own sense of being, not through having their prejudices affirmed, but rather by learning about other times, people and places in all their richness, variety and complexity. History, as conservative educational consultant Dr Kevin Donnelly puts it, is about helping young people to ‘affirm that sense of us being uniquely Australian and celebrating the heroic ethos’.

No doubt a large dose of Anzackery is just what the doctor would order for such a purpose. This is presumably what Christopher Pyne means when he says ‘History is what it is’; it is nonetheless disturbing to have an education minister in place whose understanding of the principles underpinning a discipline as important as history is so feeble that it would not get him a Pass in high-school exam. But for conservatives, school history has nothing to do with education. It has nothing to do with history. It is really just another salient in their ideological war over the present.

Communication from Dr Louise Zarmati, History Teachers’ Association of NSW, 5 November 2013 (Dr Zarmati was one of the writers of the history curriculum; she writes about that process here)

In a radio interview on 23 April 2013, Christopher Pyne revealed his lack of knowledge about the need for differentiation when teaching historical concepts to children:

Thankfully, Mr Pyne is not teaching history to Kindergarten kids. What the new Minister of Education does not understand is that the teaching of Anzac Day has been carefully and purposefully sequenced in the curriculum to meet the cognitive abilities of children of various ages. In the new Australian Curriculum, Anzac Day is ‘locked in’ with other commemorative days because educators know that five-year-olds would immediately switch off if they started discussing the complexities of World War One and the Gallipoli campaign.

Five-year-olds are introduced to Anzac Day in simple terms that are meaningful to their personal life experiences: birthdays, religious festivals, family reunions and community commemorations. They learn the names of these special days and discuss why they are important.

For eight-year-olds in Year 3, Anzac Day is examined in the broader context of its symbolic connection to Australia’s national identity: in Australia we celebrate and commemorate significant events in our history. People in other places around the world also commemorate their national days in a similar way, such as Bastille Day in France and Independence Day in the USA.

By the time they reach 15 years of age, adolescents should be capable of understanding the complexities of the causes and course of World War One, including issues surrounding the nature and significance of the Anzac legend. Year 9 students investigate the ideals associated with the Anzac tradition, and why and how World War One is commemorated in Australian society. In this way they learn that history is not just about dates and events; history is a construct made up of multiple perspectives, interpretations and debates.

Christopher Pyne’s comments indicate that he hasn’t read the curriculum. For a politician to make such criticisms with no substantial evidence is irresponsible and inexcusable. He would be well advised to check the document, visit some schools and talk to students about what they are learning about Anzac Day and the Gallipoli campaign.

He would see that not only are we teaching Anzac Day to kids from ages 5 to 16 years, we are teaching them the skills of historical thinking. This means they learn to critically analyse historical sources, evaluate their reliability and support their statements with evidence. Perhaps Mr Pyne might learn to do the same.