Better late than never: Minister says best form of commemoration is to look after today’s veterans and families

Update later 15 August 2017: Minister welcomes report of the Senate References Committee into suicide by veterans and ex-service personnel. (The report is here.) SBS Insight program ‘Coming Home’ on issues faced by ADF personnel coming back into the civilian world.

Minister for Veterans’ Affairs (and for the Anzac centenary) Dan Tehan has made the first annual Ministerial Statement on Veterans and their Families. This happened in the House of Representatives yesterday and it came after statements in the Parliament in recent years about the progress of commemoration during the Anzac centenary (such as this one from Minister Ronaldson in 2015). This inaugural statement is much more significant than the other type.

Minister Tehan’s statement provides further evidence (see our ‘Centenary Watch‘ column) of a welcome shift under this minister, away from sentimental commemoration of deeds and deaths a century ago and towards practical measures to help service people – both while they serve and afterwards – and their families. The Minister commenced with the remark that, ‘in these centenary years of Anzac, we best honour the Diggers of the First World War by supporting the servicemen and women, the veterans and the families of today’. Honest History has been saying similar things for years.

The Minister’s statement went on to look at employment, transition from service to civilian employment, new consultative mechanisms, health care, support for families, mental health, suicide, and other matters. Compared with all this, the Minister was careful to point out that only about 0.8 percent of the Department of Veterans’ Affairs budget ‘will be spent on commemorations and maintaining memorials and headstones’.

This, of course, misses the point, which is the proportion of discretionary funds which goes to commemoration; in the very next sentence the Minister admits that 95 per cent of the Department of Veterans’ Affairs budget is legislated – already allocated, spoken for. He has previously said 98 per cent. When only 3-5 per cent of your total budget is actually available, 0.8 per cent going on commemoration is a big whack. 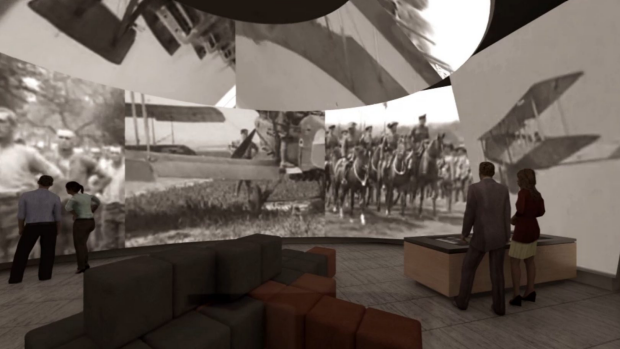 Governments of both parties have made decisions to commit large slices of DVA’s discretionary funds to commemoration. Writing to Honest History on 17 June 2017, the Minister admitted that ‘[t]he total Australian Government Anzac Centenary funding commitment over the last 10 years to 2018-19 is approximately $342 million’. (This letter responded to our email.) This amount contributes to an overall Australian commemorative spend (on the Anzac centenary and the concurrent ‘century of service’, and adding States and corporate spending to Commonwealth) which Honest History estimates at around $600 million, far larger than that by any other country.

Had that $342 million been added to expenditure on veterans – rather than blowing it on pageants, oversize monuments, memorial walks, refurbished dioramas, and a high-tech boastful boondoggle Monash museum in France – the Minister’s annual statement on veterans and their families would be that much more significant. An opportunity lost.