Bell, Diane: Read and savour the salt of Bruce Pascoe’s stories and essays of our land

‘Read and savour the salt of Bruce Pascoe’s stories and essays of our land’, Honest History, 1 November 2019

Bruce Pascoe’s dedication of Salt, ‘For the three rivers of Mallacoota’, invites the reader on a journey through country, history and politics; his essays challenge convenient narratives of so-called ‘hunter-gatherer’ practices; his fiction charms with genuine affection for all manner of people, relationships, environments, and encounters. The title, Salt, conjures many possibilities: worth his salt, take it with a grain of salt, rub salt in the wound, old salt, salt of the earth? Any or all might have traction. Pascoe is a gifted storyteller with a fine ear for language, both the Australian vernacular and the Wathaurong language which he is working to preserve. My intuition is a play on ‘salt of the earth’ and ‘salt on the tongue’. More later. To set the scene for Salt, let’s tease out the author’s dedication.

The country of the three rivers of Mallacoota in Eastern Gippsland is Yuin country. It is where Bruce Pascoe, of Bunurong and Yuin heritage, lives and farms. It is where he delights in knowing the Indigenous names, calling those names, respecting those names. The Genoa River from ‘Jinoor’ for ‘foot’ evokes a pathway of ancestral activity from the Gippsland coast to Mount Kosciusko. Pascoe wants us to walk with him, hear the language, connect with places and the rhythm of the land, know of the migration of Bogong moths to the High Country where they aestivate through the sweltering summers. The Maramingo River, the ‘place of fish spears’, alerts us to the technological ingenuity of the traditional owners, and reminds us this is the author of Dark Emu (2014), whose mining of early historical records reveals evidence of Indigenous farming practices, houses, baking and sewing. The Wallagaraugh River is yet to reveal its original meaning but Pascoe is on its trail. And Mallacoota, for ‘sacred white pipe clay’, takes us to the ceremonial. Three rivers connect stories of survival, technology, ecology, religion, trade.[1] Pascoe’s dedication has grounded the reader in place, announced the writer’s passion for place, and foreshadowed a shared future.

Salt is divided into six sections: Country, Lament, Sea Wolves, Embrasure, Tracks, and Culturelines. Savour each item, feel the sting, never malicious, but rather rebukes and revelations of an astute observer of the human condition, an inquiring mind, and a voice ‘at once catalysing and unifying’.[2] Twenty-five of the thirty-five pieces have been previously published and span the decades. Revel in the magic realism of ‘Thylacine’ (1986) where we meet Douglas, ‘just a bushman’, ‘his mind searching for words that it didn’t, couldn’t know’, but a heart that strained, a body that was at one with the ‘night animal’, his tiger burning bright (pp. 24-25). Reflect on the plea that concludes ‘The Imperial Mind’ of 2018: ‘Be proud rather than angry: this is the real nature of the land we all say we love’ (p. 37).

Three of the unpublished pieces in Salt are in the form of a letter where Pascoe is conversational, disarming and insightful. In an intricate weave of the minutiae of the comings and goings of those who share and have shared the fortunes of the river, Pascoe’s letter to Barry, which opens the collection, bears witness to the river, his ‘demanding home’ (p. 11). It is a fox hunting mullet in the river shallows (p. 1) that makes him think of Barry – whose phone call he was tardy in returning – and is the thread that ties the intimacy of the letter to Pascoe’s philosophical reflections on meaning, intent, survival, redemption. Of a beloved friend, Geoff, who welcomed him back to the river after an absence of twenty-five years with a story of a cricket match they’d played thirty-two years ago, Pascoe writes:

He shot himself last year. I wish he hadn’t. Took it bad when he had to sell the farm.  The town blamed her but I’d seen them happy only a month before he died. Fishing together. They seemed happy. But how can you tell? Was the fox insouciant or careless? I chose the pride of insouciance because I was just an observer, as distant from the true workings of a fox’s brain as I was from the motivation of most humans. Just an intrigued observer. No gift other than curiosity. (p. 2)

There is drama in the staccato sentences. The self-effacing observer deploys the interrogatory as a subtle rhetorical device: carefree or careless fox? The letter form gives full rein to Pascoe’s writerly impulse. The reader is drawn in and invited to decide.

‘Temper Democratic, Bias Australia’ – first published in Meanjin in 2018 – wherein Pascoe probes the silencing, erasures and confections by the Australian publishing industry with respect to Aboriginal history, evokes an earlier letter, ‘Temper, democratic; bias, offensively Australian’, penned in 1897 by Joseph Furphy by way of introducing his novel Such is Life to the Bulletin.[3] Pascoe’s thesis of historical neglect has attracted its share of controversy. On the one hand, critics suggest Pascoe over-read the sources and, on the other, that we have always known about fish traps and weirs, but that these items do not rise to the level of aquaculture. I certainly recall Dampier’s 1688 description of ‘wares of stone across little coves or branches of the sea’. I found it in A Source Book of Australian History for Use in Schools, edited by HK Harris and RG Henderson and published in 1917 by Angus & Robertson. From my own fieldwork in the 1970s with Aboriginal women in central Australia, I knew of food preservation techniques, incipient agricultural practices, and land management strategies.[4]

I think a more interesting question about the reception of Pascoe’s thesis is, Why now? Why has Dark Emu garnered praise, prizes and a wide readership? Why does the remarkable range of stories and essays in Salt make such compelling reading? In part, the answer lies in Pascoe’s directness. He does not disguise his message: we can learn from the past and embrace a more democratic future. His prose is rich in metaphor, humour, biographical detail, and his references are footnoted. He knows the value of citations but he also knows how to weave a story for today. Our environment is in crisis. The science is clear. Climate change, acidification of the oceans, desertification, fish deaths. But what is to be done in this so-called post-factual era? Pascoe’s approach is a weaving of fact into a story of hope. His canvas is broad, across disciplines and across genres. The voice of the school teacher and lyric poet meld.

Which brings me to ‘Andrew Bolt’s Disappointment’ (2012). A beer with Bolty? No, Andrew only drinks fine red wine, but this does not stop Pascoe pursuing the imagined conversation about ‘pale people’ who identify as Aboriginal. ‘Bolty, I’d say, why didn’t you ring their mothers? Are you crook on them because they identify as Aboriginal or because they’re successful Aboriginals?’ (p. 77). And herein lies the rub. Pascoe has crossed the line. He has done his research. He has listened. He has imagined another Australia. Over-optimistic? Overly simplistic? Nostalgic? No, no, and no. Pascoe requires us to do the hard work, to participate in an Australia of which we can be proud.

A parliament that includes lawyers can draft legislation; they just can’t imagine what has to be drafted … Real talk. Equal talk, not reconciliation or a Recognise or Close the Gap formulated on the assumption of inadequacy, but a true conversation about what has been lost and what gained, and how that has forged the schizophrenic national psychology. (p. 64)

So, why the title Salt? Bruce Pascoe is a prolific writer, not afraid to experiment with style, and adept at building on themes of earlier work: identity, the interconnectivity of all life forms, the ramifying legacies of forgetting, disconnecting, and the importance of truth-telling history. I review earlier work and in his 2001 novel Earth, set in the Werribee district west of Melbourne, written as direct speech dialogues issuing from actual historical characters, local identities and a rather cranky 21st century Earth herself, I find a clue.[5] There is work to be done, real work, not the menial jobs that consign the original owners to poverty. There is bigger life to be imagined.

This is the country of salt lakes, salt that was traded, salt that has truth. Pascoe’s character names it for us in Wathaurong language, kurraiyn. Growing up in Victoria, I knew those salt lakes of Corio Bay. Now, while reading Salt, I think of the storied salt lakes that shimmer in the distance and grow intensely pink as I come over the rise on the road to Meningie, South Australia, in Ngarrindjeri country. These coastal salt lakes are part of our ancient land. They are havens for migratory birds. They link people and places through story, ceremony and trade across vast distances. But the salt table is rising. Salt-tolerant native plants have been replaced by pasture plants. Our agricultural and mining practices have polluted the ground water, dammed the rivers. The kurraiyn on the tongue is no longer a sharp reminder of a delicately balanced environment. The tongue that might speak for the Earth is being silenced. So ‘salt’, a multivocal symbol, aptly reflects Bruce Pascoe’s complex telling and retelling of the stories of our land, its peoples, past and future. Read and savour the salt. 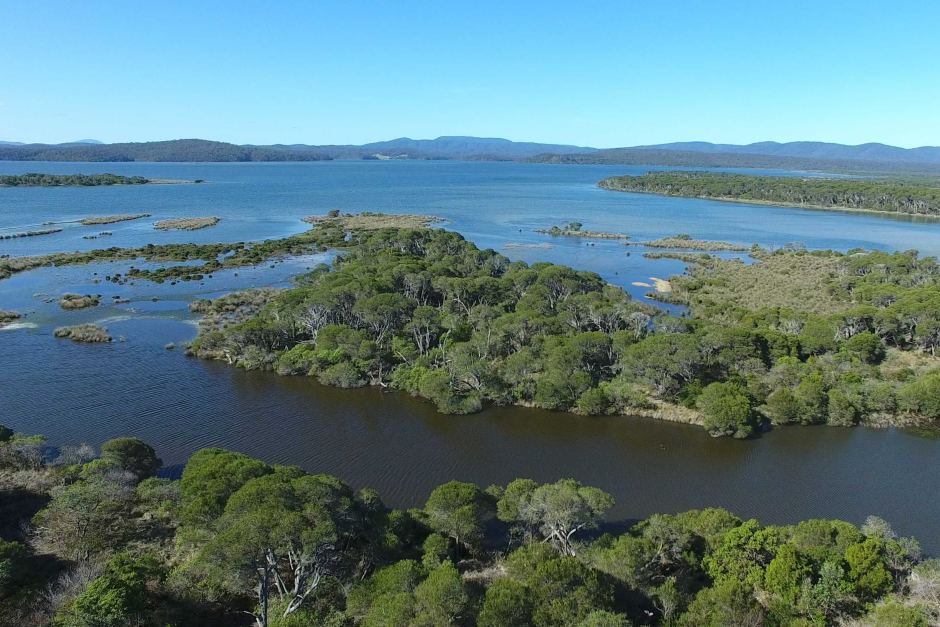 * Diane Bell is a feminist anthropologist, award-winning author, and social justice advocate who has published widely across a number of fields and genres. Her books include Daughters of the Dreaming (1983, 1993, 2002); Generations: Grandmothers, Mothers and Daughters (1987); Ngarrindjeri Wurruwarrin: A World That Is, Was and Will Be (1996, 2014); Evil: a Novel (2005); and Listen to Ngarrindjeri Women Speaking (2008). She has held senior positions in higher education in Australia and the United States, undertaken a range of consultancies for community-based entities and, after retiring as Professor Emerita of Anthropology, George Washington University, US, returned home to Australia. She currently lives, researches, writes and strategises in Canberra where she is a Distinguished Honorary Professor in the College of Asia and the Pacific at the Australian National University. She has contributed a number of pieces for Honest History: use our Search engine but see particularly her reviews of Clare Wright’s You Daughters of Freedom and Tom Griffiths’ The Art of Time Travel.