If you live in Canberra and have never been further north on the New South Wales coast than Newcastle, Lismore seems like another world. The paddocks are green, the vegetation is luxuriant, the rivers run, there are even a few communes in the hinterland. The people there seem different also: some of them have developed a new, constructive slant on Anzac and are modelling a future multicultural, peaceful world.

Remembering and Healing (RaH) is a community organisation which tries to broaden the focus of the traditional Australian Anzac Day and turn it towards different, future-oriented goals. RaH ‘organises Anzac Day events that model how commemorations of wars can be inclusive, remembering all who have suffered through war, on all sides, civilian and military, without any glorification of war and at the same time committing to a peaceful future’. 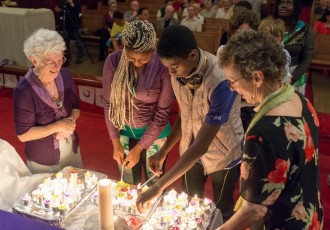 RaH believes Anzac Day ‘has the potential to define the values of modern Australia, or to be divisive’. Whereas the traditional Anzac Day injunction, ‘Lest we forget’, encourages reminiscence and nostalgia (with ‘never again!’ often a secondary sentiment) RaH’s vision makes the link between past and future: ‘All commemorations of war always need to go hand-in-hand with the strong commitment to work towards peace. Only by striving to prevent the suffering of war in future can we truly honour those who suffered in the past.’

RaH has run alternative or complementary Anzac services for the last six years, with growing acceptance within the Northern Rivers communities of Lismore and surrounding areas. This year I was privileged to speak at two of these services, in the Uniting Church on the evening of 24 April, with about 150 present, and then on Anzac Day in Lismore’s Peace Park, with about 100 taking part. Among others involved were local activist, RJ Poole, a former member of the SAS, Lismore Mayor, Jenny Dowell, Japanese Buddhist priest, Rev. Shigenobu Watanabe, and local musicians playing a range of instruments.

A feature of the services was the diversity of the congregations, with members of 11 faiths and natives of 52 countries involved, including former refugee families from Rwanda and Sudan. People lit candles and decorated a large ‘peace dove’. Children played in the aisles, in notable contrast to the masses of school children in school uniforms who were part of the traditional Anzac Day march through Lismore. (A couple of schools marched in military style, which was to me inappropriate in the extreme, though in most other respects the traditional service was dignified and respectful.) Some children attended both the march and the Peace Park service, as did I.

I also spoke at a public seminar at Southern Cross University, organised by Dr Rob Garbutt, who has written on the subject of social inclusion and being a ‘local’ in Lismore, with some discussion of the history of RaH. There was media coverage by ABC North Coast NSW, the Northern Rivers Echo and Echonet Daily.

RaH moves beyond differing interpretations of our past to the next step of envisioning and modelling our future, a future that has space for Anzac but is altogether more people-friendly and safer than one which fixates on our military history. RaH also emphasises multiculturalism and a number of its supporters are also involved in environmental activism relating to coal seam gas, using this model. 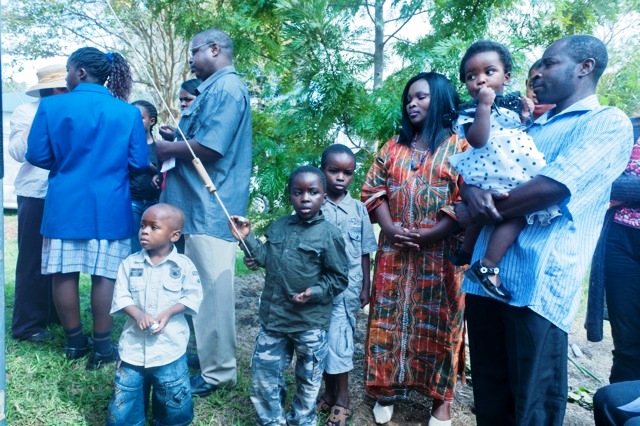 While the people of the Northern Rivers have some special characteristics, RaH’s vision is worthy of a close look by all of us. As Rob Garbutt says, ‘We need ideas and ceremony – ANZAC itself demonstrates that desire – and RaH provides an alternative set of practices’. RaH is keen to pass on its experience to others who are interested.

Many thanks to Sabina Baltruweit, Co-ordinator, RaH, Rob Garbutt, SCU, and other new friends in Lismore. DS