Stephens, David: Afghanistan infinitum or walking away? The possible cost of shared values

‘Afghanistan infinitum or walking away? The possible cost of shared values’, Honest History, 18 May 2017 updated

Update 30 May 2017: Defence Minister Payne announces 30 more troops to be sent to Afghanistan, in a training capacity. Comments. And another one, noting Australia’s penchant for doing as little as possible.

Where do Australia’s values come from and what are they? Ten years ago, Australia’s then Minister for Defence, Brendan Nelson, was convinced that our Australian values were forged on the battlefield:

No group of Australians has given more, nor worked harder to shape and define our identity than those who have worn – and now wear – the uniform of the Australian Navy, Army and Air Force. They forged values that are ours and make us who we are, reminding us that there are some truths by which we live that are worth defending.

Let us recommit ourselves to that which Gallipoli asks of every Australian, whether by birth or immigration. Our Australia – their Australia – is a nation in which our values are etched less in granite and marble than they are in our flag, a slouch hat, rising sun, and a smile that says, “G’Day mate. Can I give you a hand?” (Emphasis added.)

Dr Nelson is now the Director of the Australian War Memorial and has in that role made many speeches similar to that one at Gallipoli in 2007. Given the khaki cast of Dr Nelson’s jobs then and now, his linking of military adventures with national values might be put in a category labelled ‘He would say that, wouldn’t he’.

But the Director is not alone in linking values to warfare. Prime Minister Turnbull had a run at values recently in the context of the proposed retooling of the Australian citizenship test.

We are defined [he told Leigh Sales on 20 April] by a commitment to a common set of political values. They are … freedom, equality of men and women, mutual respect, the rule of law, democracy, a fair go. That’s our Australian values. And they are shared with many other democracies but they are in and of themselves unique. There is something uniquely Australian about them. 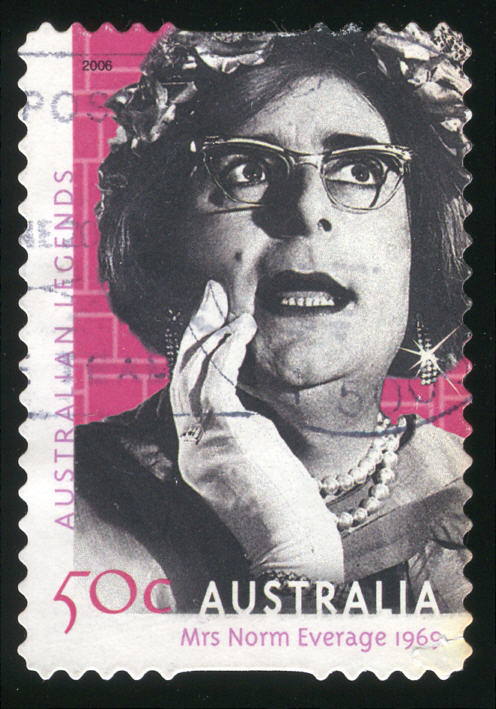 Yet, the PM gave the impression of a man whose heart wasn’t in it: possibly he struggled with the obvious contradiction between universality – or at least commonness among liberal democracies – and uniqueness. Perhaps he should instead have fallen back on Barry Humphries’ comic creation, Mrs Norm Everage, and her 1962 praise for ‘good old Australian vitality’. (Now there’s a value for you.)

Or he could have channelled John Howard, who at various times has waxed lyrical about Western civilisation and ‘pulling together’. And mateship (especially from mark 2.20).

But then something changed. The prime minister went to Washington and, like Director Nelson, he found comfort in khaki. Admittedly, the occasion was the 75th anniversary of the Battle of the Coral Sea, so military matters were to the fore, but Turnbull seemed more at ease with values when they could be presented with a military twist, and in the presence of the representatives of a comrade country in arms:

[T]he Battle of the Coral Sea took to the water and the sky the mateship that had fought and won the Battle of Hamel 99 years ago … Our nations’ freedom was secured by the bravery of the men on those ships and the pilots who flew through everything the enemy and the weather could throw in their way. Now this evening, President Trump and I have discussed the bond our great nations forged in freedom’s cause – from the battlefield of Hamel nearly one hundred years ago to our forces fighting side-by-side in the Middle East at this very moment.

And as we reflect on the Battle of the Coral Sea we are reminded of how the stability and prosperity of our region over so many decades has been secured and is secured today by the United States. A commitment to the peace, stability, the rule of law in our region renewed by President Trump, for which we thank you, sir.

Each of our great nations defines its national identity, not by race or religion or ethnicity as so many others do, but by a commitment to shared political values, as timeless as they are inclusive – freedom, democracy and the rule of law. Shared values. A shared destiny. Fiercely competitive, we always want to win, but we know we are always more assured of winning when we are fighting together. (Emphasis added.)

The values that the PM had espoused listlessly to Leigh Sales were much more confidently expressed in a big family dinner in the bowels of a genuine World War II relic, in the presence of elderly war veterans, beneath banners on the wall inscribed ‘Valor’ and ‘Mateship’. The PM was among friends, fellow warriors, freedom-loving mates joining hands across the shining Pacific sea.

Inevitably, in the background, lurking beneath the ambience in New York, was the request by the United States to Australia to consider providing some troops for a proposed ‘surge’ in Afghanistan, a request, the prime minister told us a week ago, Australia was ‘actively considering’. Opposition Leader Bill Shorten was supportive and so was Kim Beazley, former opposition leader and former Ambassador to the United States, who believed an Australian contribution would be uncontroversial and ‘within the framework of what we’re already doing’ through 270 troops in support and training roles. (No-one seems to have asked why a people who have fought invaders for centuries should need training; perhaps what is required is not teachable from Australian Army manuals.)

Regardless of the standard lines – trotted out this time in anticipation – about wanting to ‘ensure that Afghanistan does not once again become a safe haven for terrorists’ (Defence Minister Payne) any such commitment needs to be read through the prism of Albert Palazzo’s recently released (redacted) report on how the Iraq commitment in 2003 was mostly a downpayment on the American alliance. Our overseas adventures are carefully calibrated political gimmicks: credit in Washington, balanced against voter reaction at home, balanced against dead soldiers, suicides and family trauma.

This time around, however, given the uncertainties about just what the United States intends to do in our region – if it even knows itself (or even knows who is in charge in Washington) – the downpayment looks rather a gamble. On the other hand, Australia has not been renowned for a capacity to walk away, even when it has been in its own best interests to do so.

Further reading: use the Search function on this website, search term ‘values’; chapters by Mark McKenna and Alison Broinowski in The Honest History Book (McKenna on mutual reinforcement between the Crown and Anzac, Broinowski on how Australian militarism has prevailed over independence); Richard Butler on the Trump-Turnbull gathering on the USS Intrepid; Allan Patience on how the ‘Australian values’ debate leads inevitably to hatefulness; James O’Neill on Afghanistan and the definition of insanity (doing it again and expecting a different result); Andrew Farran on the perpetuation of futility. Oh, and President Trump.

A version of this article without the further reading is here.