Riseman, Noah: This novel is a worthy read on same-sex relations in the forces during the Second World War

‘This novel is a worthy read on same-sex relations in the forces during the Second World War’, Honest History, 19 June 2019

Lesbian, gay, bisexual, transgender and intersex (LGBTI) people have served in the Australian military for over a century, but only in recent years have scholars been recording and writing their histories. For most of that history – and especially before the 1970s – official records were mostly silent about homosexuality, aside from the occasional court martial or newspaper report about servicemen charged for homosexual conduct. Firsthand accounts about same-sex activity in the Second World War are limited to a handful of dispersed oral history recordings and Roderic Anderson’s self-published book Free Radical (2006).[1] In the absence of such personal accounts, historical fiction can play a significant role of imagining gay possibilities in Australian wartime.

Nigel Featherstone’s new novel Bodies of Men does just that: depicts a fictional same-sex relationship between Australian soldiers Lieutenant William Marsh and Private James Kelly in Alexandria, Egypt, in 1941. The book begins as the two briefly encounter one another during a skirmish with Italian soldiers, which ends with another Australian soldier badly wounded. This incident has psychological ripple effects for both characters, and James subsequently goes AWL on a motorbike. The bike crashes and James is badly injured but rescued and nursed back to health by a European couple living in Alexandria with their own secrets. William later finds himself in the same house, and over time William (an officer) and James (an other rank) develop an intense, passionate relationship.

Each chapter of the book alternates between following James or William. The chapters also present a series of flashbacks where we learn about the two men’s upbringings from different socio-economic class backgrounds. We also learn that this is not the first time they met: as children James and William met across class lines and, while they could not articulate why, they both developed a fascination with each other that never seemed to go away. This is an effective portrayal that reflects how oral histories of many older gay men and lesbians recall same-sex desire earlier in their lives, especially pre-1960s. Given there were so many silences around homosexuality, people did not necessarily have the language to comprehend or articulate their feelings of attraction.[2] Indeed, not once does Bodies of Men ever even use the words ‘homosexual’ or ‘camp/kamp’ (‘gay’ was not part of the Australian lexicon until imported from the United States in the 1970s).

In this review I wanted to avoid making references to Brokeback Mountain, but really it is too hard to resist the allusion given the book’s premise: two ostensibly straight men whose paths continue to cross, and who unexpectedly are overcome with physical and emotional attraction and fall in love. Yet, their love is destined only to happen in isolated, private, secret moments. The premise of how they meet in Alexandria is a bit far-fetched, but not impossible. The reader is more willing to suspend their disbelief if they accept the literary trope of star-crossed lovers whom fate continues to bring together and tear apart. The most comparable antipodean work would be Māori author Witi Ihimaera’s The Uncle’s Story (2000), which describes an even less plausible and more tragic romance between a Māori soldier and American Air Force pilot in the Vietnam War.

As a work of historical fiction about Australian gay/bisexual military history, Bodies of Men reflects many of the patterns discerned in my own and other historians’ research. For instance, most Australians do not tend to think of Egypt or Alexandria as significant Australian sites during the Second World War. Yet, this location works because same-sex encounters usually were away from the frontlines. The military police do not actively hunt for gay men because homosexuality was not really on the Australian Army’s radar until later in the war, and even then only in Papua New Guinea and the home front. The one commanding officer who eventually suspects that William and James are in a homosexual relationship is even willing to turn a blind eye. Such treatment of homosexuality aligns with Yorick Smaal’s ground-breaking work on gay servicemen in Papua New Guinea,[3] as well as texts about gay servicemen from the United Kingdom and Canada in the Second World War. The United States had a markedly different history.)[4]

What I found compelling was the book’s portrayal of Australian soldiers in general. While the Italians are clearly the enemy, the Australian soldiers are also flawed figures. They have vices and commit crimes including beating Italian prisoners of war and, in one instance, attempting to bayonet a wounded Italian soldier. Such actions align with Peter Stanley’s research into bad behaviour among Australian soldiers in the First World War.[5] The men also have the full range of emotions and psychological responses to killing Italians and seeing their mates wounded. The soldiers are vulnerable men, and this portrayal humanises them in such a way as to break away from the one-dimensional, glorious portrayal of Australian servicemen characteristic of Anzackery. That said, the Italian soldiers – who only appear briefly – come across as pretty one-dimensional baddies. 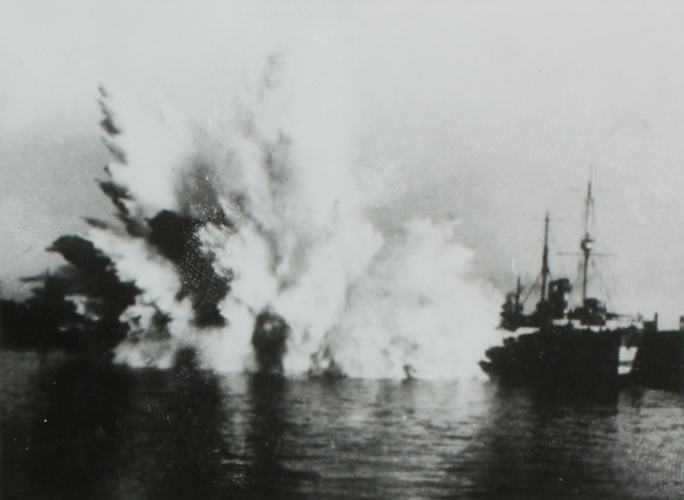 The other characters who have important backstories are the couple Yetta and Ernst, who nurse James back to health and almost adopt him as part of the family. Their story is certainly compelling: Yetta is Jewish, and the couple escaped the Nazis but still must hide in Alexandria because of their German backgrounds. Their son Uriel went to Poland to become involved in the resistance, and there is a confusing storyline about his fate between Poland, Turkey, Palestine and Egypt. While their story certainly draws the reader’s interest, it adds another layer of implausibility to the book. That said, the character development and numerous plotlines set Bodies of Men beautifully for an adapted screenplay or mini-series (ABC and Screen Australia: take note).

Instead, Bodies of Men is about character development, and Nigel Featherstone certainly succeeds in creating a set of characters and relationships with whom the reader empathises. It definitely is a page-turner, particularly as the relationship heats up and the two men, both separately and together, take more risks while dodging the ever-present Australian military police. As an imagining of same-sex relations in the Second World War, and as another tale of gay men destined to love together and apart, Bodies of Men is a worthy read.

* Associate Professor Noah Riseman from the Australian Catholic University has published extensively on military service histories, particularly Indigenous and LGBTI service. His most recent co-authored books are Serving in Silence: Australian LGBT Servicemen and Women (NewSouth, 2018) and Indigenous Peoples and the Second World War: The Politics, Experiences and Legacies of War in the US, Canada, Australia and New Zealand (Cambridge University Press, 2019).