Persons of Interest: An Intimate Account of Cecily and John Burton

By Pamela Burton and Meredith Edwards 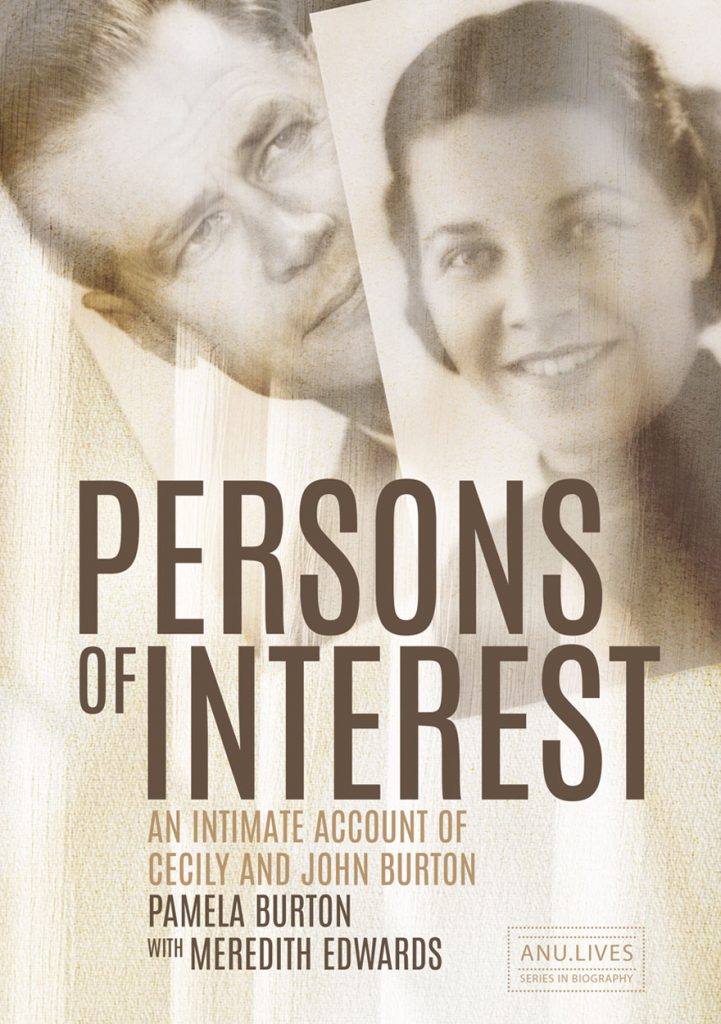 A world in upheaval: two lives under stress.

This is a not to be missed discussion of a story told by sisters Pamela Burton and Meredith Edwards set in the social and political landscape of pre and post WWII, including during McCarthyism in Australia. It tells two vastly different tales of Cecily and John’s lives in Australia and overseas, as nations clashed, and governments and international organisations tried to remake the world.

These are stories of courage and achievement amid political intrigue and psychological trauma, ASIO surveillance, love triangles, loyalty, infidelity, and tragedy.

Featured at this event:

Dr Alison Broinowski AM has been a diplomat, academic and author. Her last overseas post was at the Australian Mission to the UN in New York.  In 2013 Alison ran for the Senate for the Wikileaks Party. She is currently President of Australians for War Powers Reform.

Professor Mark Kenny is a high-profile journalist, including 6 years as chief political correspondent and national affairs editor of the Sydney Morning Herald, The Age and the Canberra Times. He has been a long-time member of the Federal Parliamentary Press Gallery Committee and is currently a director of the National Press Club. He was made a Visiting Fellow at ANU in 2018 and took up a professorial post at the ANU Australian Studies Institute in 2019.

Once you have booked you will be provided with a free e-link to the book.