If Clive James had written nothing other than his book Cultural Amnesia he would have secured a prominent place in Australian letters. It’s a masterpiece, full of provocative and deeply thoughtful angles on big characters – Tacitus, Joseph Goebbels, GK Chesterton, Miles Davis, Marcel Proust and dozens of others. Alan Moorehead is the only Australian to get a guernsey, he being, James says, ‘among the most prominent of Australian cultural exports after World War II’. 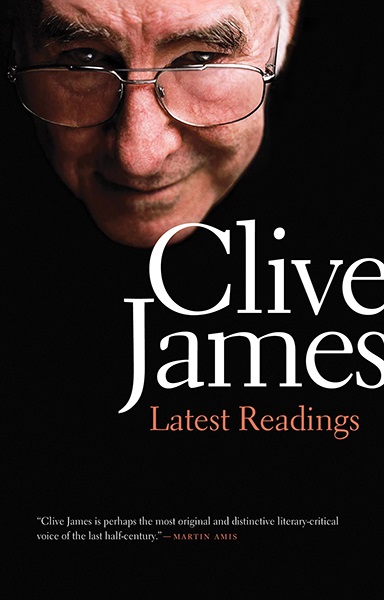 But the hundreds of pages of Cultural Amnesia is a small fraction of what James has put on the bookshelves. While his multi-volume Unreliable Memoirs is uneven, it is vastly entertaining. The chapter in the first volume titled ‘The Sounds of Mucus’ is probably funnier than anything Barry Humphries has done.

Then there are reams of television criticism (a modern genre James almost invented), poems good enough to get into The New Yorker, translations (he’s recently done the Divine Comedy) and much, much more. How he found the time to be a television personality and to read as prodigiously as he has can only be wondered about. It seems at times as if there is more than one Clive James – maybe three or four.

In 2010, James was told he had leukemia to go with the bad lungs he’d ruined through a lifetime of heavy smoking. Everyone is advancing towards death but James says he ‘could hear the clock ticking’. He’s now lost the sight in one eye. For him, blindness might be that worst of states, a living death, a foot in both camps.

With these specific intimations of the final curtain, James wants to make every post a winner. He seems to be reading and re-reading and scribbling as furiously as ever. Yale University Press has now published a product of these activities titled Latest Readings.

It’s like a mini Cultural Amnesia with short essays on the good (Anthony Powell, Sam Johnson, Osbert Lancaster, etc.), the bad (Hitler, Albert Speer) and others where there’s more scope for shades of judgment (Hemingway, Churchill and John Howard). There are also short essays on American power, bookshelves and the like. In a brief coda James generously praises a nurse who helped him during one of his bouts in hospital. ‘I can only hope’, he says, ‘that the sum total of my writings has been as useful to the world as her kindness, but I doubt this is so’. Let’s call it touch and go.

Anyway, Latest Readings is a charming book. It’s beautifully written and interesting. And it’s opinionated sometimes in ways that invite an argument, as is so in the case of John Howard.

James says that ‘The ALP regarded him [Howard] as the devil’. That is, ‘a superhuman malignant being’ according to one alternative meaning in the Oxford Dictionary. Really? Even after allowing for literary license, that’s silly and, compared to what the ALP is now up against, Howard may well be thought to be a saint.

But James is not content with that. Others, he claims, thought Howard was a devil, including ‘almost the whole of the Australian intelligentsia, who have been handing down their elementary anti-American, anti-capitalist, and indeed anti-Australian views from one generation to the next for many years now’. For a person like James who cares about the precise use of language, this is sillier. Even in the pubs and clubs of Canberra it’s not hard to find plenty of ‘the intelligentsia’ who are staunchly pro-American, pro-capitalist and proud to be Australian. Goodness knows what might be present in Adelaide or Townsville. 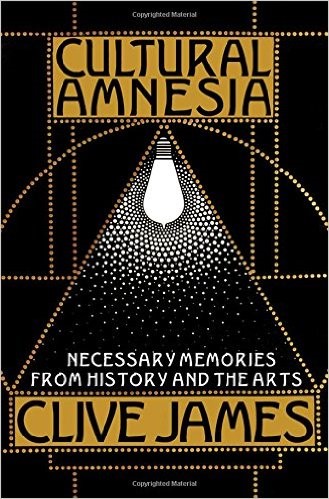 First, a minor point. It might be presumed that James’s ‘intelligent voters’ did not include a soul from his devil-obsessed ‘intelligentsia’, although how any one of them could gain admittance to that brigade without being intelligent, or even an ‘intelligent voter’, is hard to imagine.

More importantly, James has got Howard all wrong. Howard has been consistently true to himself; that’s one of his most obvious virtues. He’s intelligent, smart and diligent but there’s no evidence he ever changed to think of himself as ‘extraordinary’.

It’s as if James has allowed his desire to craft a clever sentence explaining Howard’s end to deceive him. Unfortunately, to paraphrase HL Mencken, he’s ended up being clear, simple and wrong.

James needs to overcome his dislike for the ‘Australian intelligentsia’, for a good number of them have provided honest and convincing explanations for John Howard’s decline and fall. He should look them up.

These quibbles aside, James’s book is a gem and it’s to be hoped he gets an extension of time to do another.

* Paddy Gourley is a superannuated Commonwealth official who worked in the Department of Defence for ten years. He likes a good book.