From the Honest History vault: Hiroshima and Nagasaki 74 years on

This week, Honest History always tries to recognise the anniversary of the atom bombs dropped on Hiroshima (6 August) and Nagasaki (9 August), which brought World War II to an end, but at a terrible cost. We do not this time go into the complex arguments pro- and con- but simply draw readers’ attention to some of the relevant resources on the Honest History site.

Readers can use our Search engine with the terms ‘Hiroshima’ and ‘Nagasaki’ but note these posts particularly: 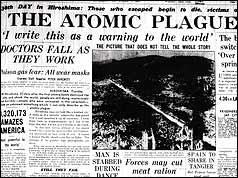