In the first book-length exploration of our secular creed, one of Australia’s leading young historians and public commentators turns mateship’s history upside down. Did you know that the first Australians to call each other “mate” were business partners? Or that many others thought that mateship would be the basis for creating an entirely new society – namely a socialist one? For some, the term “mate” is “the nicest word in the English language”; for others, it represents the very worst features in our nation’s culture: conformity, bullying, corruption, racism, and misogyny. So what does mateship really mean?

Covering more than 200 years of white-settler history, Mateship demonstrates the richness and paradoxes of the Antipodean version of fraternity, and how everyone – from the early convicts to our most recent prime ministers, on both sides of politics – have valued it. (blurb) 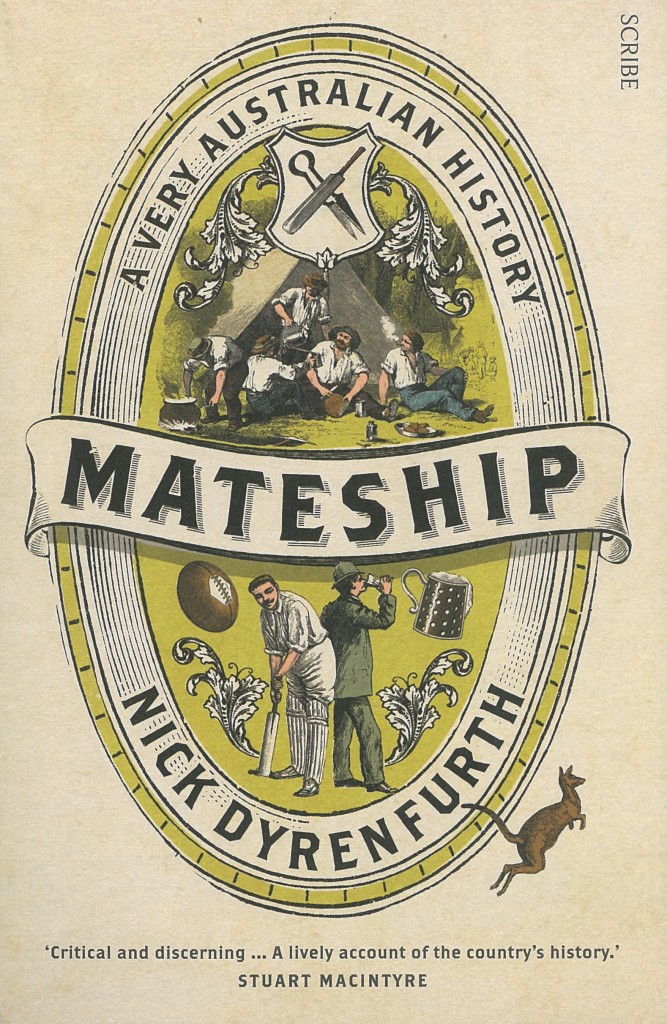 There was a long extract from the book in The Age and a later article from the author in the same paper.

Shaun Crowe’s review in The Conversation hints at the main themes in the book and makes some perceptive comments, including this one about the use and persistence of myths: ‘Complaining about the politicisation of national myths is like complaining about the commercialisation of Hollywood – irritating, yes, but it’s also kind of what they’re there for’.

One could respond: that’s fine, as long as we can still tell the difference between myth and reality – or, since myths are themselves versions or interpretations of reality, between interpretations that rest on flimsy evidence or that deny evidence and, on the other hand, interpretations that are firmly grounded in evidence. Even if mateship cannot be tagged as wholly an Australian phenomenon one would hope that the Australian invention of the ‘bullshit meter’ could be assiduously applied to our myths.

There were also reviews by Ian Warden in the Canberra Times, Ross Fitzgerald in The Australian, and a launch by Bill Shorten. Another notable comment on mateship comes from Terry Serio.

Nick Dyrenfurth himself returns to some of the themes in the book while commenting on a politician’s proposal for ‘matehoods’ rather than knighthoods. Here he summarises the centrality of the mateship myth:

Over the course of more than 200 years of white settler history, shearers and soldiers, poets and politicians, working-class brickies and ruling-class bankers, and even the odd feminist (think, most recently, of Julia Gillard) have been drawn to the altar of mateship.

Print This
Click here for all items related to: Anzac analysed, People like us, Strands of Australian history, The sweat of our brows