Australia-India relations before the Quad: Book Note on Rising Power and Changing People

The Quad brings Australia together with India (and Japan and the United States). According to the Department of Foreign Affairs and Trade, the Quad ‘is a diplomatic network of four countries committed to supporting a free and open Indo-Pacific that is inclusive and resilient’.

The Quad is new-ish but Australia-India relations go back a long way (at least to 1943), as is clear from a new book edited by David Lowe and Eric Meadows, Rising Power and Changing People: the Australian High Commission in India. The book can be downloaded free from ANU Press and includes chapters from Julie Suares, Peter Edwards, Ric Smith, David Lee, and others, with some reflections from Peter Varghese, former DFAT Secretary and former Australian High Commissioner to India. The names Plimsoll, Tange, Crocker, and Bruce Grant (recently dead at 97) feature as incumbents. 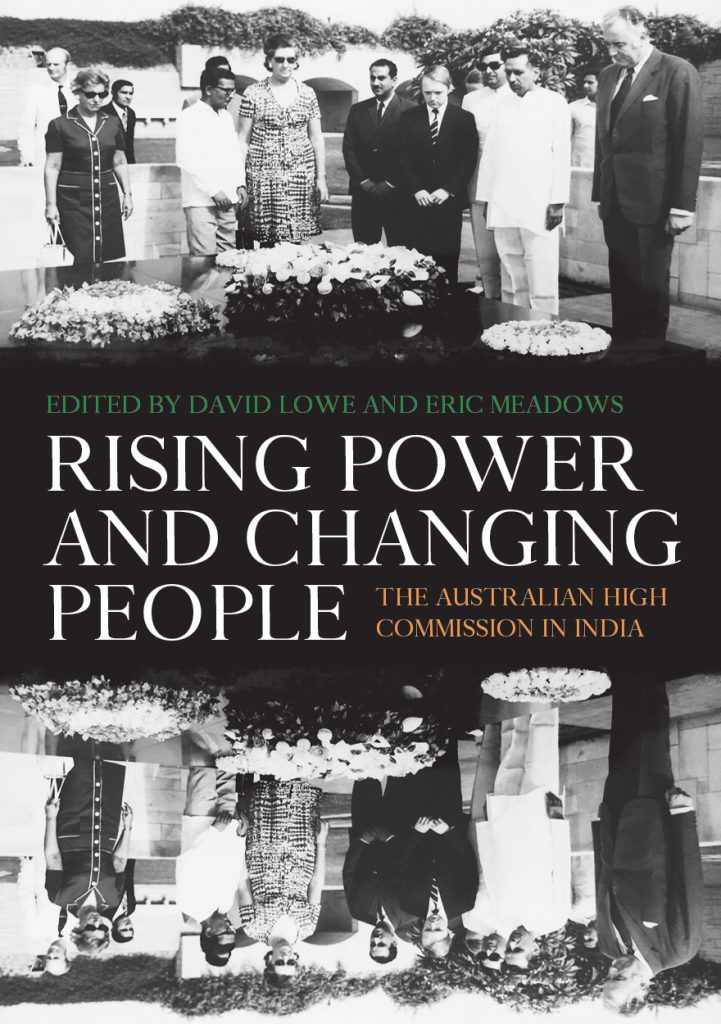 There is an extensive commentary and review of the book by Prutha Chakraborty in IndianLink. She concludes her article thus:

There are two other themes of mutual interest one of them being the changing strategic environment in the Indo Pacific region, resulting in the deepening of defence relations.

“The other is the thickening of ties that comes from people movement, especially India to Australia,” [editor David] Lowe notes. “This includes not only temporary stayers such as Indian students, but the more permanent Indian diaspora settled in Australia which now numbers around quarter of a million, and is undisputedly the fastest growing. This people-to-people dimension of the relationship has great potential to hasten the identification of more opportunities in all realms of business, cultural exchange and otherwise.”