This page allows us to maintain a continually updating view of Australia’s First Peoples, including stories about their treatment in the past and about their aspirations and demands today. We are particularly interested in how Australians deal with the Frontier Wars and the related issue of the involvement of Indigenous Australians in our defence forces.

Below there are links to recent posts and to earlier archived material. First Australians also feature in  The Honest History Book, with chapters by Larissa Behrendt and Paul Daley.

Note that material under this thumbnail covers the years 2014 to 2017. It deals with many aspects of the lives of Indigenous Australians in the past and today. We may add new posts to the website on these matters from time to time and give them relevant tags (‘People like us’, etc.) but we will not be adding new material under the thumbnail. HH 4 January 2018

Special update 22 June 2020: Frontier War Stories is a blog wrangled by Boe Spearim, Gamilaraay and Kooma man, based in Brisbane. Truth telling about massacres and the frontier.

Special update 19 February 2019: Jane Morrison curates this website on Australian Frontier Conflicts 1788-1940s which includes lots of resources under a number of headings. 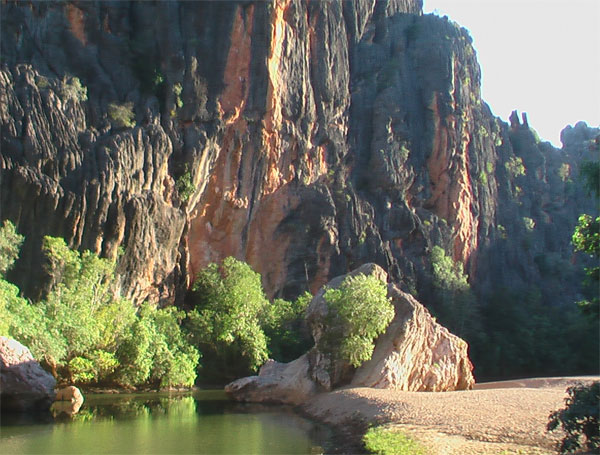 Windjana Gorge, Bunuba country, WA (Treaty Republic). The illustration on the thumbnail leading to this page is of Wiradjuri warrior Windradyne.