Aboriginal History is published annually by the Australian Centre for Indigenous History, Research School of Social Sciences, Australian National University, Canberra. The journal now offers an index of all of its articles, 450 of them 1977-2016, in Word, Excel or online. (Liz Conor, one of Aboriginal History‘s editors, is also one of Honest History’s distinguished supporters.)

Users can easily search three ways or just scroll down and find interesting and useful titles. We found, for example, Richard Broome in 1980 on professional Aboriginal boxers in Eastern Australia 1930-79, Rosanne Kennedy in 2001 on Stolen Generation testimony, Rebe Taylor in 2007 on the polemics of eating fish in Tasmania, and Steven Anderson in 2015 on Indigenous executions on the South Australian frontier 1836-72. 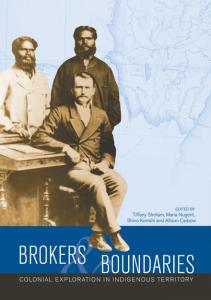