Honest History promotes balanced consideration of Australian history by offering contesting, evidence-based interpretations to students, teachers, universities, journalists and the public. We challenge the misuse of history to serve political or other agendas. 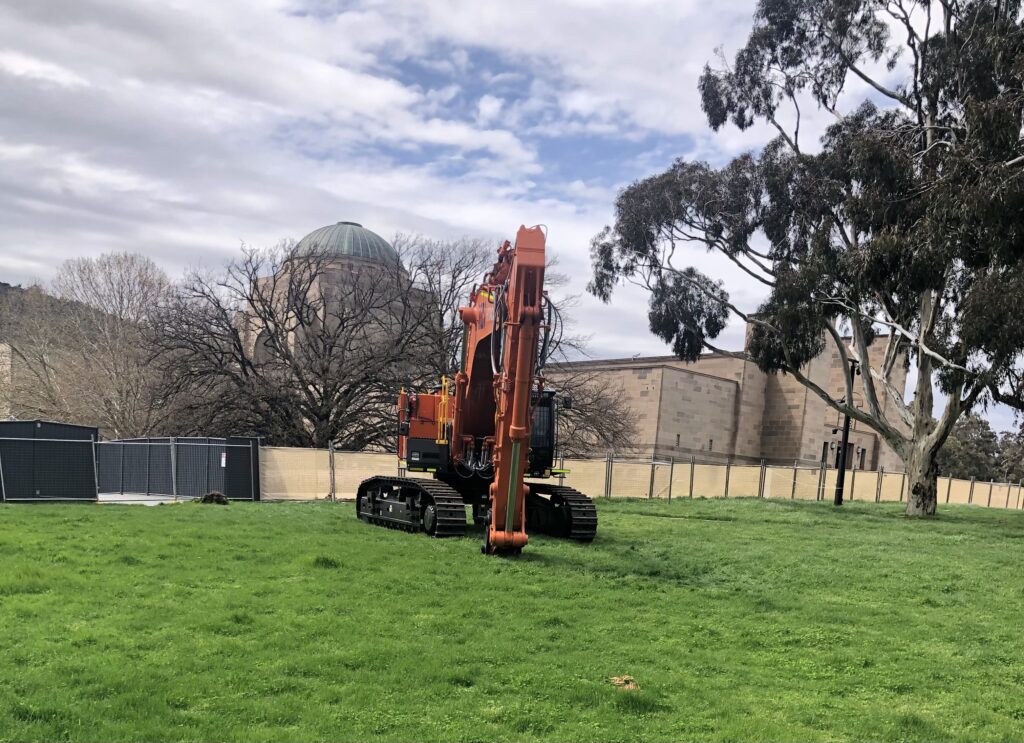 The Memorial that destroyed itself: excavator about to dig a big hole at the Australian War Memorial, 18 September 2021

Henry Reynolds on war, its effects, and why we keep doing it: AUKUS anyone?

Matthew Haultain-Gall’s book on how Australians boast about our Great War in France but how (and why) they are less interested in what we did in Belgium; Romain Fathi’s review

Paul Daley in Guardian Australia on the ‘bullshit’ prime ministers spout about how soldiers never die in vain; Sue Wareham in Pearls & Irritations on the same topic

A build for the times – or an extravagant folly?

Heritage Guardians: a campaign against the proposed $498m extensions to the Australian War Memorial

When it is all said and done, only 13 per cent of Australians in a national poll believed the money should be spent on the Memorial rather than on health, education, and services to veterans (photo: Anzac Hall vandalised; credit: Alex Ellinghausen).

Arms and the War Memorial: let’s spend on health, not arms and submarines

Does defence spending lead to wars – and does it make any sense against pandemics?; Sue Wareham on prioritising health spending rather than arms spending

Australia is more than Anzac – and always has been