Ian Buckley died recently in Canberra. Honest History never met Ian personally but was pleased to publish links to a number of his thoughtful and thoroughly researched pieces on war and peace and related matters: the history of the West; the Boer War; Australia’s foreign wars; Adam Smith.

Ian was born in 1925 and served in the RAAF during World War II. He qualified MB BS at the University of Melbourne, then went on to complete a PhD in experimental pathology, before working in laboratories in Melbourne and the United States and then for more than twenty years as a Senior Fellow at the John Curtin School of Medical Research, ANU, Canberra.

Dr Sue Wareham, President of Medical Association for Prevention of War, said this about Ian:

MAPW is very saddened by the recent death of long-term ACT member Dr Ian Buckley.  Ian’s history with MAPW goes back much further than most of us can claim, having been a co-founder of MAPW in Victoria when it was a part of MAPW UK from 1954 to 1960.  When MAPW (Australia) formed in 1981, he was extremely active again and was ACT Coordinator for many of the early years.  Ian, a medical scientist, researched and wrote prolifically on the causes of war, especially World War 1 – lessons that should be heeded today.

We pay deep respects and give thanks to Ian for his work and his passion for peace, and express sincere condolences to his family.

Well today, when we’re allowing our Western, self-proclaimed Christian leaders to take us, and more to the point our children and grandchildren into more and more bizarrely unnecessary wars, it seems a good idea to look into the origins and consequences of the wars we were involved in last century and – taking Britain and Australia’s involvement in WW1 as a case history – ask whether it was morally justified? Was it necessary for our common survival, for example? 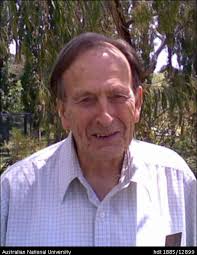 Ian Buckley (ANU; includes a link to an interview with Ian)