This Testament not silly at all 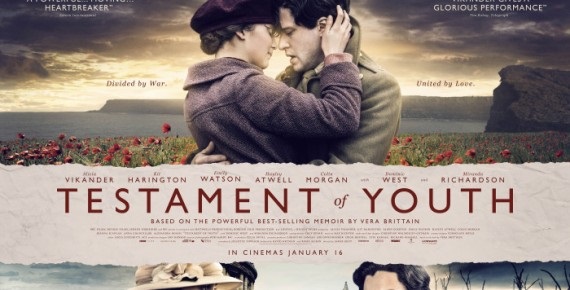 Peter Stanley’s review of the Russell Crowe Great War movie, The Water Diviner, has been viewed more than 17 000 times. Peter felt Rusty had produced a ‘fundamentally silly’ film. Testament of Youth, the movie, is not silly, either fundamentally or in parts. It is a very good film and if Honest History had a rating system, we would give it four (or even four and a bit) stars out of five.

Somewhat to this reviewer’s embarrassment, he has never read Brittain’s book but will do so soon. He thus cannot express an opinion on the standard question, ‘how does it compare?’ (He welcomes comments on this review from people who have read the book.) Film adaptations necessarily have to pare books down and the relatively narrow focus of this film is one of its strengths. Crowe’s film, on the other hand, suffered from trying to touch too many bases – it was Fantastic Journey plus cowboys and Indians plus Brief Encounter plus blood and guts.

Testament is essentially a story about love and loss against the background of war. (We will not give away the plot, for the benefit of those who have not read the book, assuming that the book and film cover much the same ground in much the same way – though see below.) It is about the impact of war but we don’t see a shot fired in anger. Instead, we get departures at railway stations, exchanges of letters and poems (in voice-over), and occasional brief close-ups of men cowering in trenches, presumably waiting for the order to charge. There is mud but mostly in a harrowing scene a long way from the front. 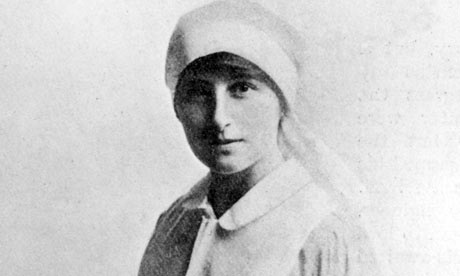 On the other hand, there are extended depictions of the horrendous scenes in field hospitals within sound of the front line. (To judge from Emily Mayhew’s Wounded and the relevant chapters of Adam Hochschild’s To End All Wars, these scenes are reasonably close to the reality.) Vera experiences a Damascene moment amid this blood and filth. Another key moment occurs at the end of the film as Vera imagines what really happened in a central incident, this version contrasting with the sanitised way she has presented the incident in earlier scenes. There were many more ‘noble deaths’ and ‘died like a Briton’ departures in the reporting of death in war than there were in reality.

Beyond love and loss, there is a passing note of the changes that war wrought on mundane aspects of war at home (food and servant shortages) and there is a side story about unconventional young women breaking down prejudices to pursue an education, as Vera gets into Oxford, then leaves to become a volunteer nurse at home, then in France, then at home again, before returning to Oxford after the armistice, much changed, as was the world at large. There is a contrast, subtly shown, between crowds in the street celebrating the Armistice and black-clad women praying in church. All in all, this is war as it should be shown to children but probably will not be.

The cast is strong, with the newish Swedish actor, Alicia Vykander, as Vera, displaying a greater range than another willowy young woman, Keira Knightley, in another war movie, The Imitation Game, while not quite convincing this reviewer that she had grasped all of the dimensions of youth under extreme and devastating pressure.

The rest of the ensemble – Kit Harington (who has previously appeared in something called Game of Thrones), Colin Morgan (Imitation Game again), Miranda Richardson, Emily Watson, Dominic West, and others – all do a stirling job. The twenty-something male actors look a touch old to be graduating from secondary school (Uppingham School Class of 1914) but, fresh-faced and innocent in their uniforms weeks later, they make us realise how young were many of the lambs led to slaughter.

The spring and glorious summer of 1914 is well-captured as war creeps up on unsuspecting, comfortable upper-middle class England. The location scouts found untouched corners of Oxford – not difficult – to film the scenes set there, the costumes were appropriate to the period, and the CGI of a shell-holed, desolate battlefield was impressive (the one of a forest of tents not so much). 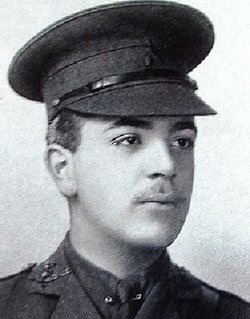 There is one scene that is pinched directly from Gone with the Wind but it is no less harrowing the second time around. There is a bit of harmless artistic licence in that George Catlin, later husband of Vera, is depicted in the movie as fighting in France in 1915 (and being present at a key moment) when he actually spent most of the war working in the liquor traffic department of the Central Control Board. There are a couple of anachronisms in the script – ‘in the moment’ and ‘I’m sorry for your loss’ clang for 1915-18 – but, overall, Juliette Towhidi’s writing and James Kent’s direction are spot on.

Vera Brittain became well-known as a pacifist and, of course, as the author of Testament of Youth, the book, and other non-fiction. She was the mother of English politician, Shirley Williams. She also wrote poetry: