Townsville contains Australia’s largest ex-service community and the Oasis Centre provides services to veterans and their families. The Minister announced the opening jointly with local member (and veteran) Phillip Thompson. ABC News story on the Oasis Centre and its work. Donate to the Centre.

‘The Oasis exemplifies’, the Minister said, ‘why the Australian Government is investing $40.7 million to establish a network of Veteran Wellbeing Centres across Australia in partnership with ex-service organisations and state and territory Governments’. 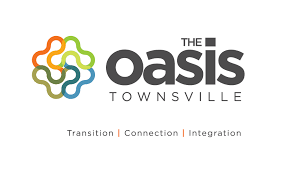 Of course, the Wellness Centres are welcome; they recognise the need to look after ADF personnel when they return from deployment – and long after that. Mark Willacy’s book Rogue Forces covers that issue from a different perspective, exploring how the ‘moral injury’ suffered by SAS members and their comrades in Afghanistan has wide-ranging and long-lasting effects. (‘Moral injury is the damage done to one’s conscience or moral compass when that person perpetrates, witnesses, or fails to prevent acts that transgress one’s own moral beliefs, values, or ethical codes of conduct.’)

The Wellness Centres are part of increased spending by the Australian government over recent years on veterans’ health and on the welfare of their families. Just imagine how much more would be available but for foolish decisions to spend money elsewhere, notably on the $498m redevelopment of the Australian War Memorial in Canberra.

The former Director of the Memorial, Brendan Nelson, used to claim that part of the reason for the big Memorial build was to provide a ‘therapeutic milieu’ for veterans. That argument never really got much further than the former Director’s imagination; it was rather lacking in evidence. (Use the Honest History Search engine with search term ‘therapeutic milieu’. See especially this long article, co-authored by a retired GP with 25 years’ experience in treating psychological trauma.)

The claim now is that, if recent veterans are to feel valued, they need to ‘have their stories told’ in the Memorial. Many veterans do not agree with this justification and would rather have the money spent on direct benefits, like many more Wellness Centres and related services. A national poll of Australians agreed.

The 42 for 42 Afghanistan War Memorial Gardens near Suncorp Stadium ‘is a timeless tribute to all our veterans lost in the conflict and to suicide’. There are a couple of illustrations in the Minister’s presser. The 42 for 42 website.

‘Veterans who served in Afghanistan fought to defend our freedoms and values and to make Australia, Afghanistan and the world safer and more secure’, Minister Gee said.

This memorial was funded by a grant of $90 000 from the Department of Veterans’ Affairs and many public donations; more donations are needed. It includes 42 plaques, statues of a soldier and an ADF dog, and a mural. There are five storyboards to help visitors ‘to learn more about the conflict and the work that our servicemen and women undertook in Afghanistan’.

There were 41 Australians killed in Afghanistan. ‘The number 42’, the media release says, ‘represents all those who continue to experience the mental and physical impacts of the conflict’.

There have been at least 500 suicides of serving and former ADF members since the start of the Afghanistan war (although many of these men and women had not been in Afghanistan). Around 300 Australians were wounded in Afghanistan, though this figure almost certainly understates the extent of moral injury or psychological damage.

Allocating just one number and plaque (42) to the morally and physically injured and dead obviously understates the real numbers but the 42 for 42 website notes the difficulties in getting exact numbers, has portraits of and tributes to 29 men, and asks families to get in touch if they want their deceased family member recognised on the site.

The Minister’s presser, on the other hand, says very little about suicides or how men and women deal with war wounds, physical and mental. It continues the Australian tradition of focussing more on what we do in wars rather than on what wars do to us. The 42 for 42 website, by contrast, has this to say:

The team at 42 for 42 are dedicated to supporting the families of fallen Afghanistan veterans as well as those who have returned from active duty in Afghanistan, and their families.

With your support, we can help those that continue to fight these battles and provide a bit of light that will lead them away from darkness. Australia has a tradition of courage, selflessness and a fine reputation in battle. Let’s band together and support these guys now they are home too.

The 42 for 42 Afghanistan Memorial Garden is to pay tribute to everyone that served during Operation Slipper, remembering the veterans who were killed in Afghanistan and those that continue to succumb to their injuries, both mentally and physically, to this day.

There is also an Australian tradition of not saying much about the people on whose countries we fight and what war does to them. (Total Afghan civilian and military deaths in the war since 2001 are around 175,000, including around 47,000 civilians, with tens of thousands more traumatised and wounded.) Yet, there is not one word in the Minister’s release about how Australians fighting ‘to defend our freedoms’ helped Afghans, or indeed whether we actually made ‘Afghanistan and the world safer and more secure’.

There will be 5 information boards at the beginning of the memorial, opposite the entrance of the site. The boards will share significant information on the Afghanistan campaign, such as it was Australia’s longest conflict in war, the different types of task force engaged in Afghanistan such as; SOTG, RTF, MRTF and MTF.

A map of the Oruzgan province will also be on display to show the Australian patrol bases that operated in the area.

Most importantly, the boards will have QR code to download the 42 for 42 APP and will allow visitors to uncover detailed information about the veterans, their time at war and the assistance available to recovering veterans back in Australia.

The elements of the mural are listed on the website. The mural includes ‘[a] traditional Afghanistan landscape from the jagged mountainous terrain down into the “Green Zone” along the rivers that the soldiers fought in’. We are keen, though, to know more about what’s on the information boards.

[Update 28 October 2021: 42 for 42 has provided the following further information. HH thanks them.

Signboard 1 – This signboard covers why NATO and US forces went to Afghanistan, which covers September 11 and that the ANZUS treaty was invoked. It also covers some information regarding OP Slipper, about Award recipients as well as the loss of the 41 during the war and PTSD and suicide being a major issue for returning soldiers

Signboard 2 – This signboard covers Australian commitment in Afghanistan. It talks about how OP Slipper was broken into 3 phases and talks about each phase. It mentions when SOTG committed and broken into task group deployments, and when RAAF also committed. We mention each RTF, MRTF, MTF and when they were made up and committed to the outcomes of Afghanistan and explain PRT and OMLT and that involvement as well.

Signboard 3 – Shows at the height of Australian commitment the make up of personnel in Afghanistan, the make up during 2010. Which is National Command Element, MTF-1, SOTG, RAAF and Reporting Centre, Aircraft transports and personnel embedded with various coalition units. We also cover what and when SOTG, RTF, MRTF, and MTF deployed and how many times.

Signboard 4 – Shows 2 maps of Afghanistan. The 1st map is of Afghanistan and its Provinces and major cities as well as its neighboring countries. The 2nd map is a map of Uruzgan Province and where ADF bases are within the region. This map was obtained from the AWM.

Signboard 5 – This sign board is made into a timeline from 2001 to 2014, showing when key rotations, Ops and battles happen, as well as certain key Infrastructure and when the VCs were received.

Signboard 6 – This signboard is about the work that was done by the construction teams deployed to Afghanistan, and all the NGO elements deployed to the country. It also talks about the different terrains, weather and people in Afghanistan.

Signboard 7 – Is all about the 42 for 42 and how the memorial was built by families of the fallen, veterans, friends and supporters of the 42 for 42. As well as acknowledging other organizations and corporations that have assisted in the journey.

We are also putting QR codes at the bottom of each signboard, to help put more information about the war in Afghanistan. We would like to get veteran stories and experiences, as well as photos to put up. We want it to grow and be able to expanded and have NGO, Federal Police and interpreters put their stories and experiences on the codes.]

* David Stephens is editor of the Honest History website and has been convener of the Heritage Guardians group, opposed to the redevelopment of the Australian War Memorial, partly because the money could be better spent on direct benefits to veterans and their families.

Donations to The Oasis, Townsville.