Today is the 53rd anniversary of the Battle of Long Tan which killed 18 Australians and somewhere between 150 and 350 Viet Cong and North Vietnamese regulars. Richard Broinowski, former Ambassador to South Vietnam, wrote this in 2016 (50th anniversary), we collected some resources here to mark the repatriation of the Long Tan Cross to Australia, and the late Willy Bach wrote this for us in 2016, as Australians returned to the site of the battle.

[T]he Vietnamese [wrote Bach] have long ago declared Long Tan as a win for their side, perhaps understandably, since they won the war and unified their country. The war narrative for them has already been established. The Australian commemoration disrupted this probable Vietnamese exaggeration but perhaps there is no particular right to impose the version Australians prefer. With the help of the unwanted world media attention, the Australian narrative would have carried to distant parts and many Vietnamese would have been very upset by this. 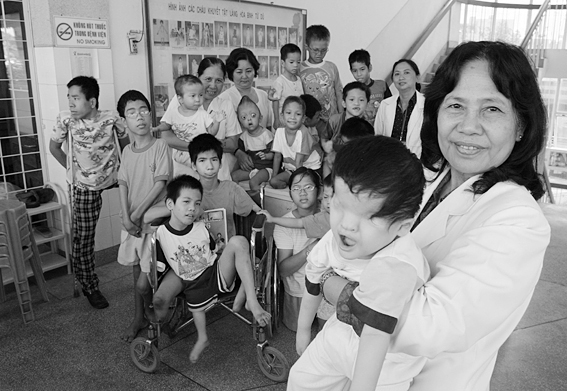 Bach also wrote at length in 2015 about the Agent Orange defoliant, which affected troops on both sides and the civilian population.

To date, in Australia a sanitised history has displaced a more accurate appreciation of the great harm that Agent Orange and its siblings inflicted on the peoples of Indochina, especially in the southern regions of Việt Nam, and secondarily on many of the Australian, New Zealand and American soldiers who used the weapon. This is indeed a toxic recipe overdue for scholarly revision.

Jacqueline Bird also wrote a detailed piece about Agent Orange., with particular emphasis on Australian effects and the writing up of the history.

For other material on Vietnam, use our Search engine.