The Productivity Commission has recently provided its final report to the Australian Government on compensation and rehabilitation for veterans. The report is in two volumes under the title A Better Way to Support Veterans.

While much of the focus of the report is (rightly) on the future means of services to veterans (through a proposed new Veterans’ Services Commission as well as the existing Department of Veterans’ Affairs, both co-ordinating with Defence) there are some interesting paragraphs on what can appropriately be done by the Australian War Memorial. First, there is this:

While the Commission’s draft report had proposed a further change, the final report backed away: ‘Responsibility for major commemoration activities and ceremonies should remain with the Department of Veterans’ Affairs’ (vol 1, p. 61). Possibly moving the commemoration function was discussed in some detail, however. DVA emphasised to the Commission that commemoration activities are a ‘relatively small but enormously significant part’ of the department’s broader functions and can contribute significantly to ‘validation of [veterans’] service and their mental health and wellbeing’ (submission 125, p. 12).

The Commission summarised the issues thus:

Among the organisations currently involved in providing commemoration activities in Australia (box 11.16), many aspects of DVA’s commemoration functions overlap significantly with the Australian War Memorial’s (AWM) functions, particularly the Office of Australian War Graves (OAWG). As Paul Evans noted, “the OAWG has a fundamentally different role to that of commemorations”, as “its first duty is to protect the sites which it manages in Australia and overseas” (sub. DR [Draft Report] 218, p. 8). As a result, there is solid ground to transfer primary responsibility for the OAWG to the AWM.

A subsequent question is whether all of the commemoration activities currently undertaken by DVA should be assumed by the AWM. This would reduce the number of entities involved in commemorative functions, minimising duplicated administrative costs and the need for coordination. Shifting responsibility for commemoration to the AWM would also be a logical extension of the AWM’s growing role in commemoration activities and ceremonies, as part of its mission to “assist Australians to remember, interpret and understand the Australian experience of war and its enduring impact on Australian society” (AWM 2018a).

However, several participants raised concerns that administering the commemorative activities currently undertaken by DVA would be a significant change for the AWM, given its current activities are largely based in and around the War Memorial in Canberra. For example, the RAACC [Royal Australian Armoured Corps Corporation] noted that “DVA’s remit is national and international, whereas the AWM is Canberra‑centric” (sub. DR203, p. 88), while the TPI [Totally and Permanently Incapacitated] Federation stated that the AWM are only “expert in the field of domestic commemorations” (sub. DR290, p. 27) (vol. 2, p. 528).

The Commission did not give up easily, however:

Expanding the AWM’s remit to all commemorative activities would indeed be a significant change in its focus, both geographically (covering activities across Australia and at memorial sites around the world) and functionally (requiring the planning and execution of a wide‑range of sensitive commemoration activities and ceremonies). While this change may present some transitional challenges, the AWM would be able to adapt, particularly if it absorbed the experienced staff and relevant systems that already exist in DVA (vol. 2, p. 529). [DVA’s current organisational chart shows that the commemoration and war grave functions have shrunk back to a single branch from the palmy days of the Anzac centenary, when there was a complete division covering the field.]

On the other hand:

The RAACC contended that the recent announcement of a $498 million expansion and redevelopment of the AWM in Canberra (Morrison and Chester 2018a) would “distract and detract from maintaining the same level of high‑quality expertise demonstrated by DVA” (sub. DR203, p. 89) (vol. 2, pp. 529-30).

Perhaps the RAACC envisaged the Memorial’s high-powered spruiking of the need for the expansion might have to continue at the cost of other activity.

More importantly, there are some aspects of DVA’s current commemoration functions that provide the Australian Government with a useful opportunity for “soft diplomacy” liaison with other governments. In particular, international and domestic ceremonies, conducted alongside Australia’s allies or former adversaries can complement other diplomatic efforts. As the South Australian Veteran’s Advisory Council contended:

“… the soft diplomacy opportunities offered by commemorating our war dead in overseas locations is not something that the Australian War Memorial could support” (SA Veteran’s Advisory Council, trans., p. 23) (vol. 2, p. 530)

And the Commission came down, perhaps reluctantly, on the side of the status quo.

As such, it is appropriate that major commemoration activities and ceremonies (other than the ceremonies for individual veterans that are conducted by the OAWG) remain with a department of state, under the close control of the Government. A reformed DVA should thus keep this function, particularly as giving Defence primary responsibility for commemoration activities may not be considered appropriate by some veterans groups (due to its historical role in the activities being commemorated). Over the longer term, there could also be an increased role for the Department of Foreign Affairs and Trade in commemoration activities, as this would allow alignment with the broader diplomatic efforts of the Australian Government (vol. 2, p. 530).

As for the timing of the move of the war graves role, the Commission is suggesting that this expansion of the role of the AWM be established by 1 July 2020 as ‘These reforms will involve minimal disruption to existing processes, and can be undertaken relatively quickly’ (vol. 2, p. 844). 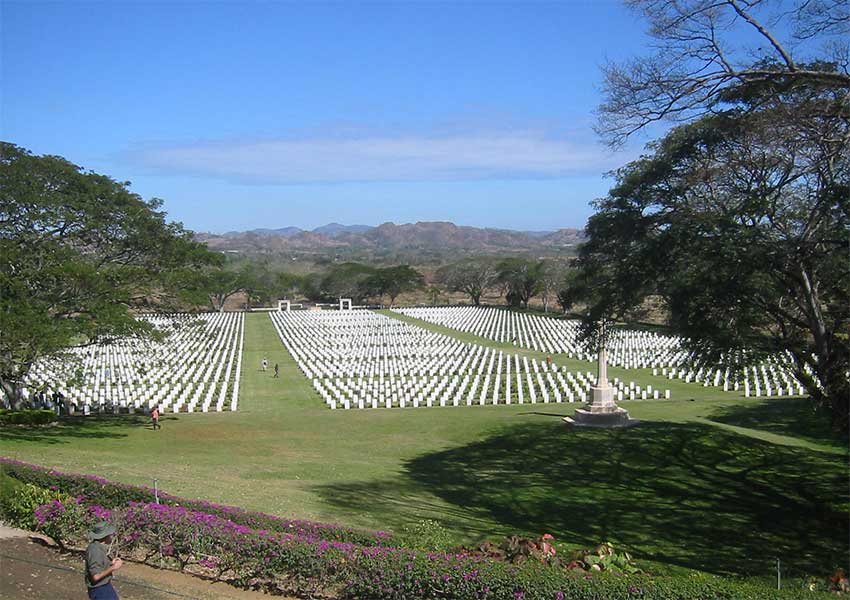 As noted above, the report touches on the controversy surrounding the proposed extensions to the War Memorial. It also makes some remarks about opportunity cost.

As in all areas, governments must decide where to allocate their finite resources amongst many competing problems. Money spent in one place displaces money spent elsewhere. A recent signature demonstration of this tension is the controversial spending on upgrades to the Australian War Memorial (Zhou 2019). A retired Lieutenant General had one view:

“We should be diverting funds from the Anzac Centenary Commemorative Grants towards assisting veterans as there’s still an enormous problem with suicides, with homelessness, with lives unfulfilled, problems with education and employment, family breakdowns and just people living in despair” (Peter Leahy, quoted in Paterson 2018a).

The Commission is in no position to judge the level of funding for either purpose. But the essential point of the debate is that choices between alternatives are inevitable, and that the higher the stakes and the greater the amount of resources, the more critical it is that decision making is disciplined, coherent and led by good information and analysis (vol. 2, p. 481).

In view of some of the questions that have surrounded the process relating to the proposed extensions, that last couple of clauses is particularly important.