In opening his April 2013 review of Chris Roberts’ The Landing at Anzac, 1915, Harvey Broadbent said this:

The Gallipoli industry moves inexorably towards its centenary, another year
passes and another book or two about the campaign emerges. And so to be
worth reading, any new book recounting or investigating the Gallipoli campaign
should reveal fresh findings. 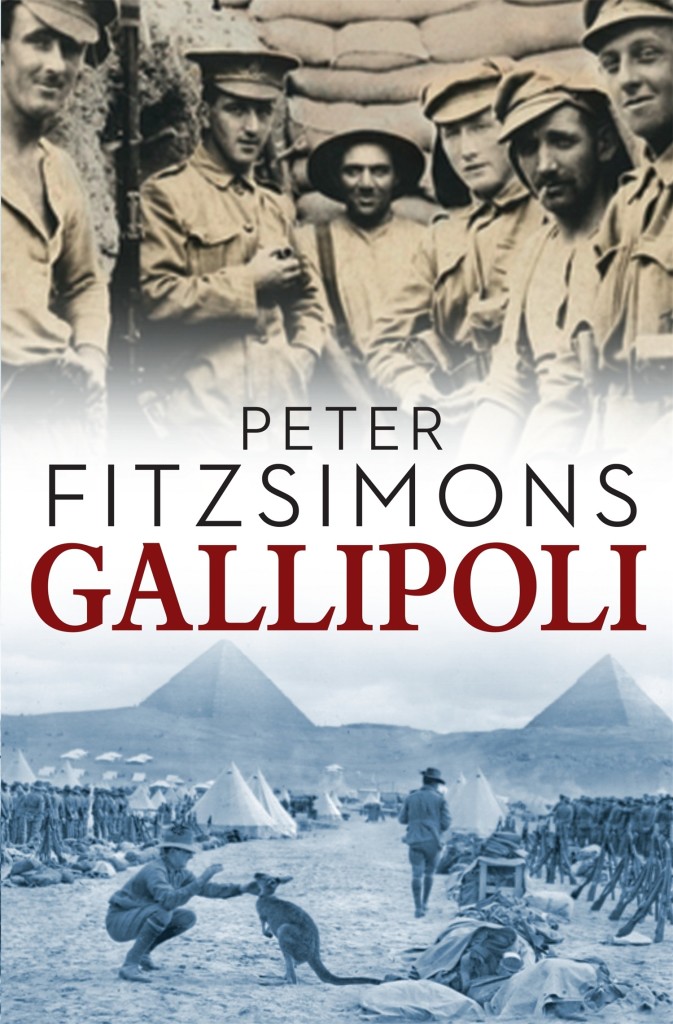 Broadbent, Director of the Gallipoli Centenary Research Project at Macquarie University, acknowledged Roberts’ contribution to ‘the Gallipoli canon’ and noted other excellent additions, including Robin Prior’s Gallipoli: the End of the Myth and Edward Erickson’s Gallipoli: the Ottoman Campaign. Roberts’ book had covered in what way the Dardanelles campaign was a strategic and tactical failure and also examined questions such as whether the Australians actually did land in the wrong place and were fired upon by machine guns on the first day.

Of course, there is an exception to the rule that to be worth reading a new book should reveal fresh findings. The exception states: ‘unless the book is written by Peter FitzSimons’. The clues to FitzSimons’ exceptionalism are all there in the ‘Background and Acknowledgements’ section of his Gallipoli. He notes the story of Gallipoli is ‘well-covered ground, with myriad writers having already forged paths for those of us following, trying to understand’ (xxiii). Indeed, many readers seeking a popular single volume account will think of the centenary edition of Gallipoli by Les Carlyon (who FitzSimons describes as ‘the most esteemed contemporary writer of the lot’). Instead of dissuading them, however, FitzSimons follows the myriad writers comment with a discussion of his bibliography. This listing FitzSimons styles as ‘comprehensive’, though it overlooks the above-mentioned Robin Prior and Chris Roberts.

What FitzSimons does explain is his approach. He says he simply wanted to tell ‘what happened’, in its fullest strategic context and as experienced by the allies and opposing forces. Secondly, he did not want to ‘draw specific conclusions’. Whether the Australians were ‘invaders’ or were ‘sacrificed on the altar of British Imperialism’ is not his concern. But, above all, he wanted the book to ‘read like a novel’. He does this by turning reported speech into direct speech (flagged in his endnotes, though not consistently), by writing the entire book in the present tense, by interweaving a voice-over commentary into his narrative, by adopting font changes, capitals and italics to match particular quotes and sentence meanings, and by dividing his chapters into numerous subsections, mostly using sub-headings.

An advertisement for the book in the Weekend Australian Magazine, 15-16 November 2014, read, ‘History with Grit Passion Daring Heroes. History comes to life with Peter FitzSimons.’ This formula was applied to previous FitzSimons biographies and histories and it is an approach which the blurb for his latest book called his mantra of ‘Make it live and breathe’. In 2010 on the ABC’s Talking Heads, Peter Thompson asked him about this:

PT How did YOU find your voice? Because it’s a combination of fact and fiction.

PF What I make clear in my books is … I want to make them live and breathe. So I wanna make you feel like you are there beside the Red Baron when he spots the planes coming over the horizon …

PT So the fiction is actually creating that mood, that atmosphere.

What is meant by fiction can be readily illustrated. By Chapter 8 of Gallipoli, FitzSimons has covered enough background to begin describing the famous landing. In doing so, he directly quotes a passage from Volume I of the Official History, in which Bean directly reports an exchange between Colonel MacLagan and General Bridges, the latter having decided the 3d Brigade would be among the first to land. According to Bean, the dialogue begins:

‘Well, MacLagan,’ said Bridges as they parted, ‘you haven’t thanked me yet.’

In FitzSimons’ hands, this becomes:

‘Well, MacLagan,’ says Bridges, with a sparkle in his eyes and merriment in
his voice, ‘you haven’t thanked me yet’.

The quote is attributed to Bean in an endnote, though without reminding the reader that reported speech has been changed to direct speech. FitzSimons does note this many times in later endnotes and, in Background and Acknowledgements, he includes a general warning he will do it for ‘the sake of the storytelling’ (xx). But where did the sparkle in the eyes and merriment in the voice come from? That is pure invention, if perhaps plausible, done to make the Gallipoli story ‘live and breathe’. No historian would add such detail without evidence or at least explanation for and acknowledgement of the conjecture. 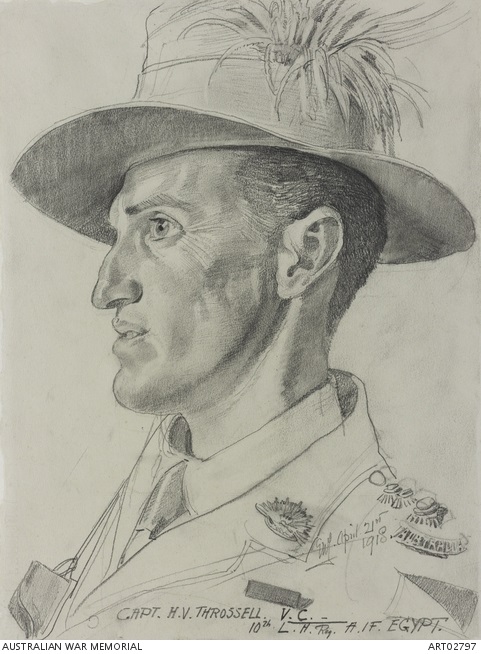 I suspect that just as many readers, if they sampled the book under review, would hate this style. For me, at least, the whole effect of the live-and-breathe approach comes across like breathless commentary for a 1950s Movietone News report, better suited to an audio textbook for early secondary school boys who need entertaining. FitzSimons’ descriptions of fighting – and such description is never easy to do well – have a cartoonish, blokey, ‘Kapow!’ tone to them. The writing has far too many quotes and gratuitous information one suspects was found by FitzSimons’ large research team and which he couldn’t bear to leave out. It is over-written, has too many clichés and, even with subheadings, the text does not flow.

Even so, the author does provide multiple contexts to the central action. He uses several individuals’ stories as representative figures woven through the narrative, his treatment of Hugo Throssell being especially affecting. (Though not free of error: he has Throssell writing to the mother of his dead corporal, SH Ferrier, in Western Australia, when Mrs Ferrier lived in Victoria.) The maps support the text. There is a good index. And, in the Epilogue, FitzSimons offers some strong reflections on what it all meant; indeed, there is an essential humanity threaded throughout, acknowledging in effect that, in war, no one wins.

It is often said of popular writers that they perform a valuable educative function by introducing readers to Australian history who might not otherwise learn about it. Years ago the list of such ‘storytellers’ would have included prolific writers like Bill Harney, Ion Idriess and Frank Clune, and more recently the likes of Patsy Adam-Smith. Today the roll-call includes names such as Roland Perry, Thomas Keneally and Gideon Haigh. They are all confident with the media, they inform while entertaining and they generate discussion. As far as it goes, this argument has merit and in many ways these writers, and indeed Peter FitzSimons, are a force for good.

On the other hand, it is disingenuous to argue that one is just a storyteller who doesn’t want to draw specific conclusions; nor is it necessary to sneer at those who do aspire to draw them but stay within the bounds of what can be documented. In Background and Acknowledgments FitzSimons tells of ‘some highbrow historian on ABC Radio’; the views of Bruce Scates are damned with faint praise via the labelling ‘a very learned academic’; representing Gallipoli as an invasion would be ‘to really get pernickety’ and ‘if your measure was hoity-toity historical’. There is really no need for competent ‘storians’ (as FitzSimons admits to being) to play to the sections of the gallery who get a buzz from anti-intellectualism.

So it is in Gallipoli. FitzSimons’ storytelling about Simpson and his donkey, the use of machine guns at the landing, the massacre of Armenians, and Ataturk’s 1935 ‘Anzac mothers’ text give his readers no clue that there are views different from his own. FitzSimons has never been shy of a fight, and he is capable of arguing strong opinions, but his innumerable followers deserve better.