Online gem No. 2: Royalty in the Australian Women’s Weekly

In September 2015 Queen Elizabeth II became the longest-reigning monarch in British history. During the Queen’s long reign many Australians have maintained a particular fascination with her and the extended royal family. This fascination has been fed by a great variety of print publications, one of which, the Australian Women’s Weekly, has assiduously reported on significant royal events.

In an innovative move, the National Library of Australia’s Trove service has now digitised all issues of the Australian Women’s Weekly from 1933 to 1982, with a feature for browsing the magazine by cover/date or topic. One of the available browsing topics is the ‘royal family’ and for those interested in royalty there are 5735 results . (Some of these are non-British royals) (Note: for a more specific link.) 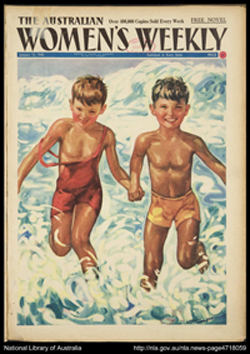