In The Pyramid: The Kurt Wallander Stories (Vintage Books, 2000) Swedish crime writer Henning Mankell has his famous protagonist struggling to give a report. ‘It’s a long story’, he warns his boss Hemberg, who snaps back, ‘Make it short. But leave nothing out!’

Writing a war history can be like that. Though in global terms Australia’s role in World War I was minor, recounting our national story took CEW Bean and his team of official historians 12 volumes, 15 if you add the separate medical history series. In 1946, three years after the last volume appeared, Bean condensed them to a single volume called Anzac to Amiens and even this work focussed almost totally on the fighting.

So, with the World War I centenary imminent, imagine trying to prepare now a genuinely new summary. 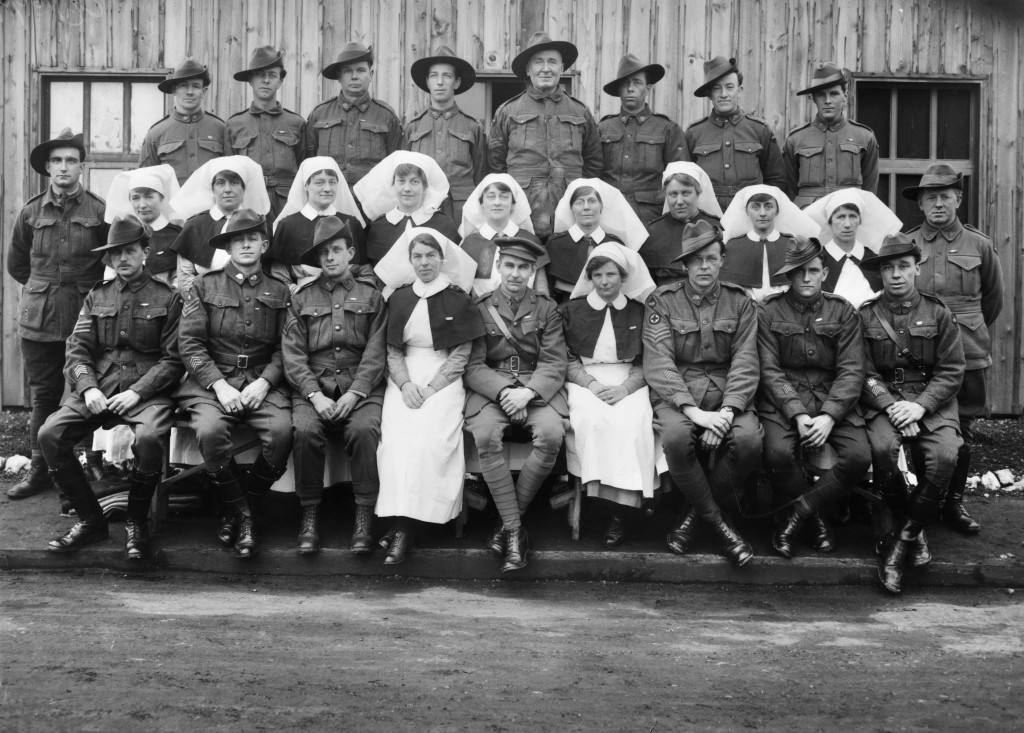 First, there are the results of recent research and insights to master. Also, we accept now that multiple contexts are important, that all fronts and all belligerents have their relevance. Would it be best then to hold over another synthesis until 2019, thus allowing time to consider the inevitable new writing that will issue forth during the centenary years? Certainly delay would also mean any final chapter on war and Australian identity could be revised. There might just be other benefits too, if Gideon Haigh is granted his 2007 wish: ‘Perhaps, in Australia, we now need a fourth war: in addition to the wars fought, spoken and written, a war thoroughly thought’.

For anyone contemplating a new single summary volume now, there are two recently published models to consider. The first, The Great War (Pan Macmillan, 2006), was written by journalist Les Carlyon, won the inaugural Prime Minister’s Prize for Australian History, drew high praise from then prime minister John Howard, was favourably noticed by Quadrant and The Australian, sold extremely well, and was based heavily on letters and diaries to convey the personal perspective. It has no qualifying subtitle, but is essentially about the Australians fighting at Gallipoli and on the Western Front.

The second volume, called Broken Nation (Allen & Unwin, 2013) was written by academic historian Joan Beaumont and has received high praise from prominent scholars and reviews in The Guardian and the Sydney Morning Herald. It draws heavily on a wide range of archival and secondary sources and conveys personal and strategic perspectives. It has a subtitle, ‘Australians in the Great War’ and integrates Australians’ experience at the front line and on the home front during the conflict and in the immediate aftermath.

If we allow that this enormous and tragic topic can be corralled by 15 volumes yet still approximated in a monograph, where does the reductio end? Late last year, the new Cambridge History of Australia contained indigenous and European Australia within two volumes and managed the Great War and its aftermath, 1914-22, in 24 pages. At the ad absurdum limit the war has even been covered in a few short pages (in Australia’s equivalent of Sellar and Yeatman’s 1066 and All That, produced by Heinemann Australia in 1983 and titled The Vedgymight History of Australia). 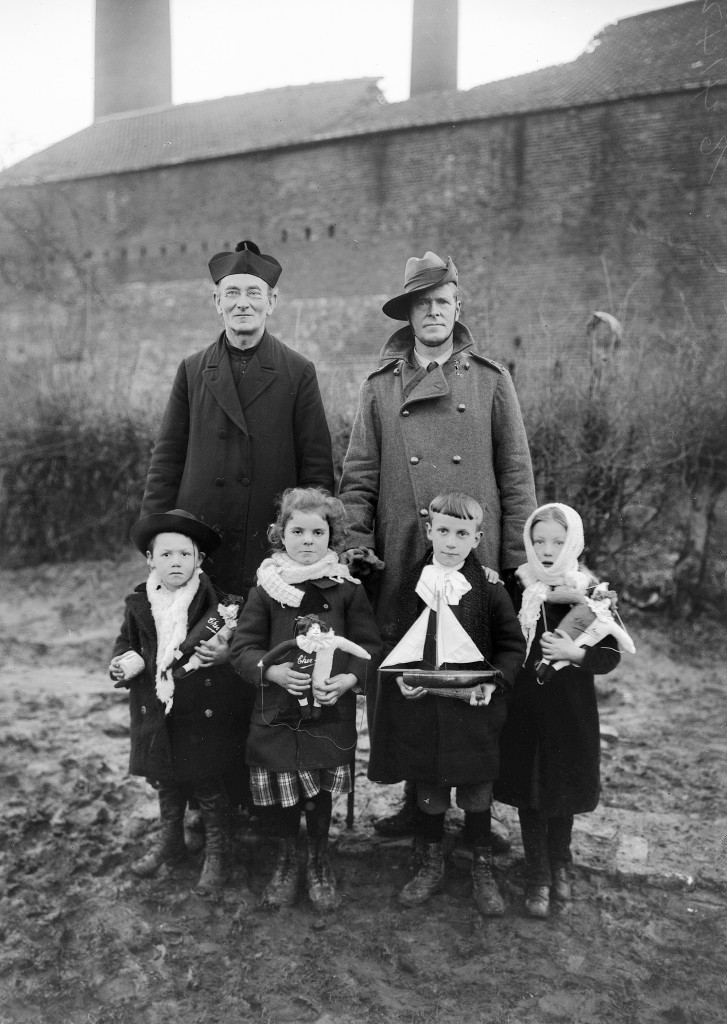 Just like books, exhibitions must summarise and condense. Several years ago, the Australian War Memorial began planning for the redevelopment of its vast World War I galleries for the coming centenary. The work is well under way and while it is happening there is a temporary substitute exhibition called ANZAC Voices in the Lower Ground small special exhibitions gallery. The exhibition was opened in November 2013 and will close later this year when the refurbishment upstairs is completed.

To my mind, it’s a very good effort. For once, archival documents lead the way: official and personal; letters and diaries; maps and photos; menus and trench serials. For once, objects, art works and dioramas play support roles. This is entirely appropriate because, within a simple chronology, the curators’ summary of Australia in World War I is structured around the personal. While the text panels, tables of statistics and large reproduced maps give the strategic context, the exhibition storyline is carried by the words of individuals in varying locations and situations – soldiers at the front, mothers at home – describing what they saw and how they felt.

This viewpoint, for servicemen at least, was pioneered in the 1920s by Bean as war correspondent and official historian, revived from the 1970s by scholars such as Bill Gammage (The Broken Years, 1974) and repeatedly adapted, for example by Peter Stanley in Digger Smith and Australia’s Great War (2011). Unusual in the 1920s, the approach remains highly engaging for Generations X and Y, their children and their grandparents.

Equally impressive, the exhibition design caters for visitors whether or not they want to or are able to read the words written or typed almost 100 years ago. Explanatory texts and transcribed extracts make this easier, as does a continuous voice-over quoting from letters and diaries, emulating the approach pioneered by American documentary film maker Ken Burns. For many, it is compelling just seeing the actual originals, such as a life-saving pocket diary with a bullet hole or a diary entry opposite a blank page dated the day the writer was killed. Learning that some of what is on show is newly acquired material (for example, from the Pheasant Wood mass grave at Fromelles excavated in 2010) also adds to the experience. 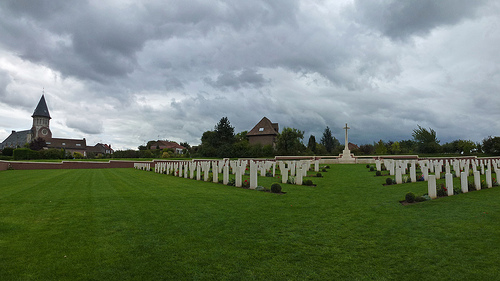 All of this praise must be balanced by discussion of what the curators left out, as they inevitably had to: the need to condense always forces judgements. Some choices were inevitable, inherent in the Memorial’s long established understanding of its own mission and the average visitor’s expectation. Unsurprisingly, the show is more Carlyon than Beaumont. (Even within these parameters, there was no space for the Australian Flying Corps, presumably justified, as the AFC was well represented in the nearby Aircraft Hall and ANZAC Hall galleries.) There is also a good leavening of ‘the usual suspects’. For the Gallipoli campaign, for example, predictably the display includes a Victoria Cross winner, ‘Simpson and his donkey’ and an improvised periscope.

Much about war – and this war in this institution especially – divides opinion. Indeed, even the very prospect of a new World War I gallery had this effect: Prime Minister Gillard, when announcing $27 million new funding for the work in April 2012 felt the need to assure people that it would be a ‘sensitive refurbishment’. Despite this assurance, author and ex-soldier James Brown expects the work ‘will give the gore of interminable trench warfare new zest’.

For me, what visitors to the temporary exhibition probably did not expect is the acknowledgement, in the very first set of exhibition panels (and very early in the web equivalent) that about 1000 indigenous Australians were among the 416 000 who enlisted. In itself, this is very, very important to recognise and document. Yet it jars, just as it would if we’d been told on entering the exhibition that 60 or so men with the German surname Schmidt and many tens of thousands of Irish Catholics enlisted. The inclusion, just like the exhibition name itself, is obviously deliberate. It makes complete sense only if it is seen within the context of the Memorial’s public stance against commemorating the forebears of this thousand who died defending their country on their country. It comes across as a politically canny trade-off. Absurdly, just beyond ANZAC Voices is the ‘Colonial Commitments’ gallery, where a panel headed ‘Defending Australia’ informs visitors that, between 1810 and 1870, British regiments ‘guarded convict settlements, pursued bushrangers, suppressed Aboriginal resistance to white settlement and put down several rebellions…’.

ANZAC Voices’ curators show some awareness of the debates and divided opinion about the war within Australian society, then and now. They point to the less patriotic motives for enlistment and they are explicit as to why war is obscene and what the effects of gas and trench warfare are like, foregrounding observations such as those of Lieutenant John Raws (23rd Battalion): ’My tunic is rotten with other men’s blood, and partly splattered with a dead man’s brains’. On the last panel they include details to remind visitors that, as a percentage of those who served overseas, death in the Australian forces was higher than any other nation of the Empire, adding, ‘Many more returned home wounded in body and mind; most would never fully recover’. In light of the constraints (political, available space, etc.) under which the curators worked and the challenges they faced to fit in so much, they should be commended.

Appendix on commemorating the survivors which includes confronting images