As part of Honest History’s continuing interest in the uses and abuses of history, we have previously noted President Vladimir Putin’s interest in Russian history, particularly in how it is taught in schools. We publish the note below as another and more recent perspective. An episode of the ABC’s Foreign Correspondent program aired early in December 2017 goes to the point in the article about the attitudes of Russian youth to Putin.

The opening in Moscow of a monument to the victims of Stalin’s Terror raises important but difficult social questions of how Russians are to remember the Stalin years, and how to relate such terrible memories to contemporary Russia.

Russia experienced a plethora of major anniversaries in 2017. The one of most political interest in the West fell on 7 November, the 100th anniversary of the October Revolution (old Russian calendar) in St Petersburg. This was a largely bloodless Bolshevik Communist coup against a moderately democratic post-Czarist White government, provoking three years of bloody Red-White civil war, eventually won by the Communist Red Army but at the cost of millions of lives on all sides in the former imperial Russian lands.

That day has not been celebrated in today’s Russia, other than by a few diehard Communist Party activists. President Putin is clearly no fan of the October Revolution. He commented that the October Revolution ‘had both negative and positive consequences’. He asked, had it really not been possible for Russia to develop, not through revolution but through evolution, and without destroying Russia’s statehood and mercilessly ruining the fate of millions.

Putin posed the same kinds of questions publicly on 30 October, a day which for over 25 years, since soon after the overthrow of Communism and the demise of the Soviet Union, has been Russia’s ‘National Day of Remembrance of Victims of Political Repression’. Everyone in Russia understands the Stalinist period is to be remembered on this day, though Stalin’s name is not mentioned.

On this year’s 30 October, a long-awaited massive memorial monument, ‘The Wall of Sorrow’, was opened by Putin and other dignitaries, including Orthodox Patriarch Kirill and Alexander Solzhenitsyn’s widow, on a rainy day in central Moscow. A bare-headed Putin laid a wreath. The near-coincidence of the event with the 100th anniversary of the Bolshevik Revolution was surely no accident

when entire social groups and entire peoples were cruelly persecuted, including workers, peasants, engineers, military commanders, clergy, government employees, scientists and cultural figures. Neither talent, nor services to the Motherland, nor sincere devotion to it could help avoid repression, because unwarranted and absolutely absurd charges could be brought against anyone. 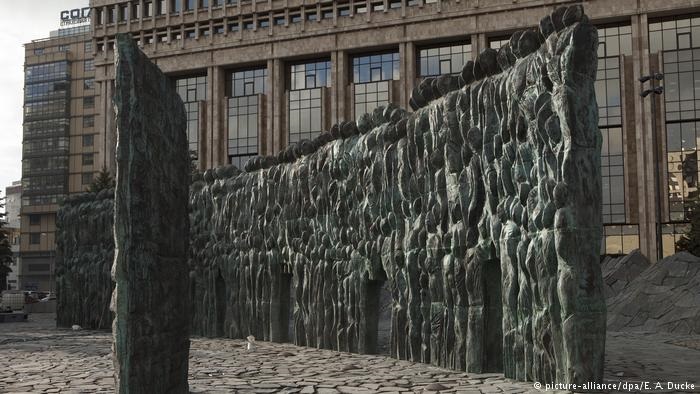 Very significantly rejecting the old Communist tenet that ‘the end justifies the means’, Putin said that these crimes committed by Stalin and his repressive government cannot be justified in any way. ‘This terrifying past cannot be deleted from national memory or, all the more so, be justified by any references to the so-called best interests of the people.’

Putin said that this political repression became a tragedy for all Russian society and dealt a harsh blow to the Russian people, their roots, culture and self-consciousness. Russian society is still feeling the consequences, he said.

Putin went on to observe that it is important to remember these sad events and take a position on them, and to empathise with the victims, as a warning against the events’ recurrence. He quoted approvingly Natalia Solzhenitsyna’s words, ‘to know, to remember, to condemn, and only then to forgive’.

Predictably, Russian human rights activist groups condemned Putin’s statements as insincere, while human rights abuses continue (as they claim) in Russia. Predictably also, these protests were the central focus of Western media reporting of the event. Putin’s words were barely reported in the West.

But, to my mind, Putin’s words are important. They will be well received by their main intended audience, the Russian people and, in particular, young people. Putin’s balanced advice not to seek to settle scores (‘We cannot push society to a dangerous line of confrontation yet again’), but, on the other hand, that these tragic crimes should not be papered over or forgotten either, will be welcomed by the Russian majority.

We should know that Putin offered these words on this important occasion.

* Tony Kevin is a former diplomat and the author of Return to Moscow (University of Western Australia Publishing, 2017) a literary-historical-political memoir. He has been an activist for war powers reform in Australia. His new website is at www.tonykevin.com.au.