Honest History has published a number of posts on the effects of Agent Orange, the chemical defoliant used by United States forces during the Vietnam War. In March 2015, there was Willy Bach’s long article which ‘re-examines the sanitised history of Agent Orange and other defoliants used in the Indochina War between 1961 and 1974’. Then, in March this year, we posted Jacqueline Bird’s detailed description of the struggle of Australian Vietnam veterans to ensure that Australia’s official war history accurately reflected veterans’ experience of Agent Orange and their battle for compensation.

Honest History vice president, Alison Broinowski, has also written about these issues. Discussing the proposed new volume of the Australian official history, Dr Broinowski nailed the aspect of the story that goes to our common humanity. This is not just a veterans’ issue:

Let us hope that the new volume will include an account of the suffering inflicted by poison spraying, not only on US and Australian veterans but on the environment and people of Vietnam, affecting far greater numbers of civilians and their families for generations. 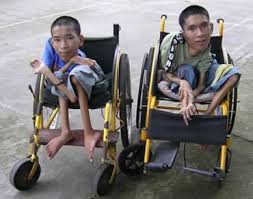