Broinowski, Richard: Buccaneers down through the generations: Lachlan Murdoch

‘Buccaneers down through the generations: Lachlan Murdoch’, Honest History, 3 December 2022

The tradition of swashbuckling press barons in the English-language is not new. The arrival of the cheap, jingoistic, and demagogic Daily Mail in 1896 revolutionised a hitherto high-minded English press. The Mail’s creator, Alfred Harmsworth, asserted that ‘the British people relish a good hero and a good hate’. He added that ‘When I want a peerage, I’ll buy one like an honest man’. Which he did (as Geoffrey Wheatcroft observes in the New York Review of Books), to become Lord Northcliffe.

Rupert Murdoch is widely regarded as the modern-day equivalent of such buccaneers as Northcliffe and his contemporary, Lord Beaverbrook. Like them, he could see around corners. Now in his nineties, Rupert may not be with us much longer, but News Limited and Fox, the press and television empires he created, probably will be. The intriguing thing is that Lachlan and James, the two sons widely seen as Rupert’s successors, have rather different personalities. While continuing as beneficiary of a one-sixth share of the Murdoch family trust, James resigned in 2020 from any active role in the News Corporation, telling New York Times columnist Maureen Dowd that one could venerate a contest of ideas and introduce fact to disperse doubt, but not sow doubt or legitimise disinformation. The latter was what he accused News Corporation and Fox of doing in all their manifestations.

As Paddy Manning recalls in his fascinating unauthorised biography, Lachlan had a more ambivalent set of scruples. Educated at various high-end schools, mainly in the United States, Lachlan comes across as a charming young man who liked to kick-box, swim, climb rocks, race yachts, and party hard, all of which his considerable fortune allowed him to do lavishly. He also appears to have had a progressive streak. He was aghast at Pauline Hanson’s anti-immigration and racist maiden speech in federal Parliament in 1996. He declined to endorse Howard in the 1998 federal elections. He supported the 1999 republican referendum. And he approved of a 2010 campaign by the Daily Telegraph to publicise the abysmal performance of public school students in Sydney. That campaign resulted in an avalanche of public funding to improve the situation.

Flashes of such liberalism continued to occur throughout Lachlan’s career. For example, in 2019, when Lachlan hosted a News Corporation award ceremony for company journalists, they gave a standing ovation for guest of honour, Grace Tame. Lachlan told Tame, ‘the purpose of journalism is not to give journalists a voice, but to give people like you a voice, to give truth a voice’.

It is a puzzle, therefore, that Lachlan can reconcile such views with his tendency to tolerate, even encourage, some pretty illiberal journalists and commentators in various Murdoch publications and news channels in the United States, most notably on Fox News. Among them have been Tucker Carlson, Bill O’Reilly, Rush Limbaugh, and Roger Ailes. As Manning observes, Ailes in particular stands out as a sexist, power-crazed paranoiac who liked none of gays, blacks, Jews, or liberals, and who many outside observers believe helped divide America, stoking a ferocious culture war that continues today. Indeed, Manning does not dispute that Fox News helped foment Trump’s false claim that the 2020 presidential elections were rigged in favour of the Democrats, and that Trump encouraged the catastrophic march on Congress in Washington on 6 January 2021.

One would think that Lachlan Murdoch, now chief executive of Fox News, chair of Nova Entertainment and founder of his own investment company Illyria, would be sufficiently thick-skinned and powerful to be insensitive to that last accusation. Not so. He has sued the small Australian news website Crikey for publishing an opinion piece arguing that Fox was partly responsible for the Washington riot, and, by implication, for helping to divide America.

Meanwhile, there are Lachlan’s occasional claims that he and the corporations he manages are impartial observers and truth-tellers. These claims sound increasingly lame. In Australia, a group of unrelentingly conservative journalists either write for Murdoch’s many newspapers or comment on the Sky news channel. Among them are Alan Jones, Peta Credlin, Chris Kenny, Andrew Bolt, Janet Albrechtsen and Miranda Devine. They all react aggressively to criticism, claiming that none of the Murdochs have ever told them what to write, or how to slant their stories.

These claims,too, are unconvincing. Rupert Murdoch’s conservative prejudices, especially his contempt for the ‘publicly funded’ ABC and his profound scepticism that global warming is man-made, are widely known. Manning suggests that Lachlan, the successor, holds even stronger conservative prejudices than his father.

As Manning records, former Labor Prime Minister Kevin Rudd launched an online petition calling for a Royal Commission into the Murdoch media’s abuse of power in Australia. Rudd called Murdoch a cancer, an arrogant cancer on Australia’s democracy. He was backed up by his Liberal Party successor, Malcolm Turnbull, who characterised News Corp as ‘the most powerful political actor in Australia, utterly unaccountable, and controlled by an American family whose interests are no longer, if they ever were, coextensive with Australia’s own’. The Royal Commission never occurred because Morrison scotched it. 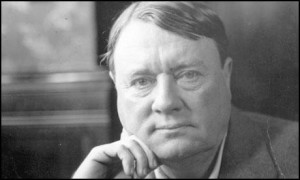 Manning weaves a rich tapestry of Lachlan’s many intricate commercial interests, including those that failed, earning him a reputation as a not particularly gifted businessman. There are vignettes in The Successor of Lachlan’s sometimes tempestuous relations with his father and brother – there were vociferous arguments about the eventual transfer of power, or declarations of never speaking to either of them again, depending on the issue. The book also delves into Lachlan’s private life, seeing him as a good and faithful family man, being married to Sarah O’Hare, his only wife, unlike his father Rupert, who has had four.

Manning fittingly ends his book with an account of Lachlan’s grand bash at his Los Angeles mansion Chartwell on 9 February 2022. It was a sober affair, bringing together top managers from the four corners of the News-Fox world empire. Many of these executives had not met for three years because of the COVID pandemic. It was Lachlan’s show. Rupert was there but remained uncharacteristically mute. No journalists were present to grandstand or ask sceptical questions. It was not, Manning asserts, ‘about growing public anger at the concentration of power in the hands of News Corp and its biased political coverage … not about right or left; Republican or Democrat; gender, race or class; war or peace. It was just … business.’

*Richard Broinowski AO has been an Australian diplomat and is now an author and occasional commentator on foreign affairs. For Honest History he has reviewed Brendan Taylor’s The Four Flashpoints: How Asia Goes to War (2018), Tom Gilling’s Project Rainfall: the Secret History of Pine Gap (2019), Hugh White’s How to Defend Australia (2019), and Jim Molan’s Danger On Our Doorstep (2022). He has written Under the Rainbow: the Life and Times of E.W. Cole (2020) and Fact or Fission? The Truth about Australia’s Nuclear Ambitions (2022).