Broinowski, Alison: Hope of both sides

Just when Ministers were taking advantage of the pandemic to rush new powers for the Australian Security Intelligence Organisation (ASIO) through Parliament, I was absorbed in Peter Edwards’ life of Robert Hope. Three times Commissioner on Intelligence and Security in the 1970s and 80s, Hope would have been shocked by the powers the security intelligence organisation already has, let alone the new ones it is seeking.

When Hope accepted Gough Whitlam’s request to head a Royal Commission into Australia’s intelligence services, his initial opinion of the Australian Secret Intelligence Service (ASIS), whose existence had been made public in 1972, was favourable, but he reversed it after the Sheraton Hotel fiasco of 1983 and urged that the ‘attack function’ of ASIS should cease. As his inquiry proceeded he found that the Five Eyes partners saw Australia as contributing less than it should, and he eventually recommended a more ‘offensive’ role for ASIS and higher status for the Defence Signals Directorate (DSD).

Hope formed a negative view of the Joint Intelligence Organisation (JIO) when an officer told him at length that Saigon would stand indefinitely, on the very day it fell to the Viet Cong. But Hope later recommended better integration for JIO with the intelligence system.

ASIO’s reputation for ineptitude, inaccuracy, and unaccountability was so widespread in 1974 that some ALP members called for its abolition. Hope warned ASIO against mistaking mere dissenters for subversives and described its ‘Special Projects’ propaganda – feeding intelligence to individuals and organisations for publication – as misconceived. He became convinced that an organisation such as ASIO was necessary, but wanted it confined to countering espionage, sabotage, and terrorism, not subversion. Throughout, he continued to be guided by the evidence he found.

It took decades for ASIO, ASIS, and DSD (now Australian Signals Directorate, ASD) to implement Hope’s recommendations: to move to Canberra from Melbourne, and for them and JIO to consult each other, let alone the Australian Federal Police and the Office of National Assessments (ONA, now Office of National Intelligence, ONI), whose creation Hope recommended. Even coming from the Sydney bar, which had its own infighting, Hope never got over the lack of common purpose and collegiality he found in the Australian intelligence ‘community’. Others have accused the agencies of being closer to the Five Eyes partnership than to their own governments. Edwards shows how reluctant and slow most of them were to behave in the interests of the ‘national security’ they so often invoked.

Hope headed successive Royal Commissions on Intelligence and Security and on the Security and Intelligence Agencies, and inquiries into the National Estate and Protective Security, at the request of the Whitlam, Fraser, and Hawke governments. His reports to government established his reputation for diligent pursuit of the public good, but did not please all: some of those opposed were convinced that he had betrayed civil liberties, while others claimed he had dangerously undermined the prerogatives of their particular organisation.

Hope’s friend and rival, Ken Jacobs, went to the High Court, after Hope, misinformed, had celebrated his own coming appointment. He declined an offer to be Governor of New South Wales and ended his working life as Senior Judge of the NSW Appeal Court.

Weighing up opposed views is what judges do. Hope became a pragmatic liberal but finding ‘a constructive middle path’, as Edwards puts it, was a constant challenge. Should he lend legitimacy to illegal activities by Australia abroad and even at home? Did he, an opponent of the Vietnam War and an advocate of a bill of rights, betray his progressive principles by joining the Liberal Party in 1969? Whose side was he on in the second Royal Commission in 1983 when he ‘cleared’ the Hawke government, ASIO, and David Combe as well? Edwards, too, seeks balance as a historian. He repeatedly refers to the dualism of Hope’s personality: the aggressive and the gregarious; the intense forensic questioner and the informal, empathetic listener; the realist and the idealist.

At Allan Gyngell’s initiative, ONA’s offices in Canberra were named the Robert Marsden Hope building in 2011. Hope’s middle name came from his great-great-great-grandfather Samuel Marsden, the ‘flogging parson’, an Anglican clergyman, magistrate, and wool farmer, whose descendants followed similar professions, as well as medicine, in Australia and New Zealand. Marsden’s intellectual capacity and physical energy seem to Edwards to have been inherited by Hope. The family tree includes Hopes and Clarks, and several men and women among them have Hope as a given name. Hope and his cousin, Manning Clark, were youthful drinking mates who in more sober times became like brothers, Edwards recalls. Hope dismissed as ridiculous allegations after the historian’s death that Clark had been a Soviet ‘agent of influence’.

After returning from war service, Hope married June Carter in 1945. During his childhood, his parents had moved some 13 times to rented houses, and once Bob and June bought a house in East Lindfield, they lived there all their lives. Many interests outside his judicial work attracted Hope, including Civil Liberties, the Heritage Council, the Independent and Nimrod theatres, Musica Viva, the Australian Institute of Political Science, and the fledgling University of Wollongong. He drew an indelible line between weekday professional concerns and after hours with family, garden, sailing, tennis, skiing, and an eclectic group of friends in music, theatre, and the arts. 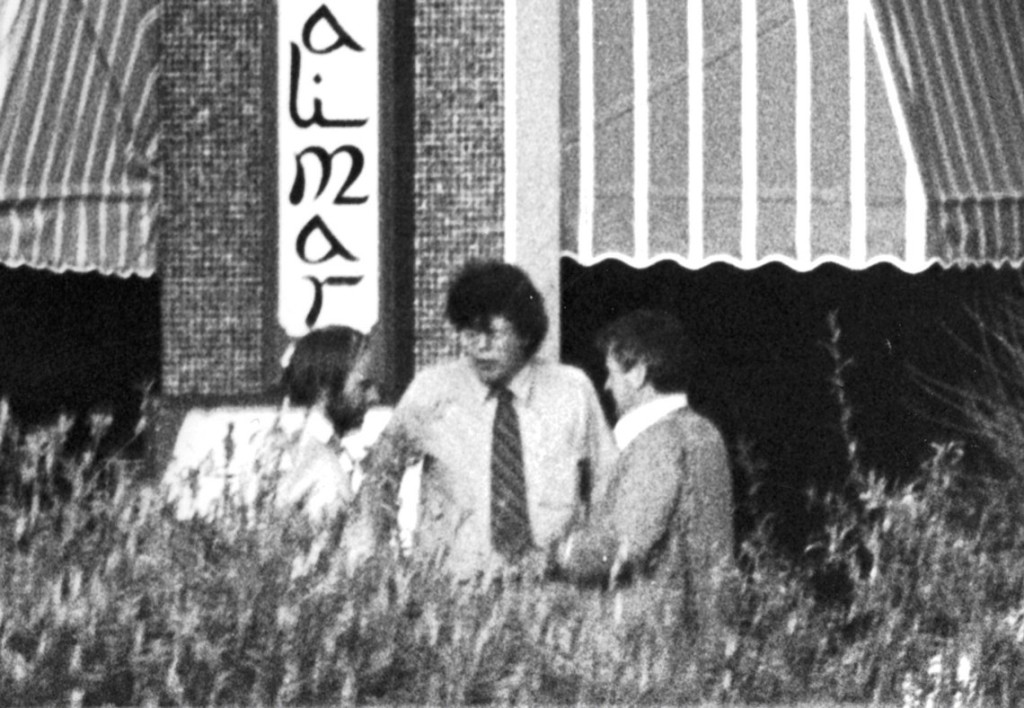 For Edwards, Hope is the perfect bookend for his biography of Arthur Tange, and he has made both men and their complex activities accessible and memorable. Delving into the detail, he explicitly denies that Tange was the conduit between Sir John Kerr and the CIA before Whitlam’s dismissal, adding that Kerr was never briefed on the functions and control of Pine Gap by the notoriously secretive Tange, nor by Hope. He reports that Hope met Daniel Patrick Moynihan in Washington in 1984, and the Senator told him the Select Committee on Intelligence had found no evidence of CIA interference in Australia in 1975. Hawke was told the same a year earlier. This, says Edwards, confirmed the conclusion ‘of most historians’ that ‘there was no direct connection between the CIA and the Dismissal’.

That debate, like the Hilton Hotel bombing, remains unsettled (although Edwards doesn’t mention Imre Salusinszky’s recent conclusion). ONA under Bob Furlonger, Edwards recalls, was initially said to favour Labor, while Michael Cook aligned it with the Coalition. But how apolitical ONA was in the lead-up to the 2003 Iraq War, seven years after Hope’s death, is beyond the scope of Edwards’ comprehensive biography.