Update 11 May 2018: Honest History’s submission to the JSCNET Inquiry into Canberra’s National Institutions

The Director of the Australian War Memorial, Dr Brendan Nelson, has been spruiking the Memorial’s plans for a massive expansion. He showed the ABC’s Andrew Greene around the Memorial, pointing out its need for more space, particularly to show big exhibits like helicopters and jet fighters, as well as for telling the story of current and recent military campaigns. (Paul Daley comments in Guardian Australia.)

Much of the new development will be underground. Greene checked around Canberra: ‘Government sources have told the ABC the total cost of the redevelopment could top $500 million’. (Dr Nelson confirmed this is the ballpark figure.) The business case, itself costing $5 million, will be done by the end of this year. ‘Whatever the cost is, as one man said to me [Dr Nelson]: “We’ve already paid. We’ve paid in blood, and whatever the Government spends on the Australian War Memorial … will never be enough.” ‘

Meanwhile, a parliamentary committee has been tasked to look at aspects of funding national institutions:

The Joint Standing Committee on the National Capital and External Territories will inquire into and report on the range of innovative strategies that Canberra’s national institutions are using to maintain viability and relevance to sustainably grow their profile, visitor numbers, and revenue, including:

1. creating a strong brand and online presence;
2. experimenting with new forms of public engagement and audience participation;
3. conducting outreach outside of Canberra;
4. cultivating private sector support;
5. developing other income streams; and
6. ensuring the appropriateness of governance structures; and

any other relevant matter the Committee wishes to examine, including the process for establishing new institutions.

Beneath the formal language, the inquiry is about finding money for these much valued places.

We should not pretend the funding cuts to our cultural institutions are about cutting fat [said Deputy Chair of the committee, Gai Brodtmann MP]. They are not about cutting bone. The cuts run so deep that they are hitting vital organs …  [I]t is only by properly funding our cultural institutions that we can ensure we have the exhibits and collections to share with people in Canberra, across Australia and internationally.

It is not spelled out in the committee’s terms of reference which national institutions it will be looking at, though we understand it has the right to interpret its own terms of reference, taking account of the submissions it receives. The committee secretariat and the office of Ms Brodtmann told Honest History that the Memorial is to be covered. We spoke also to the offices of the relevant Minister, Dr John McVeigh, and Ben Morton MP, the Chair of the committee. (Update 10 April 11.30 am: Mr Morton has advised: ‘Yes – the Memorial will be covered’.)

We also asked the people at the Memorial what they reckoned but they didn’t get back to us. Perhaps Dr Nelson’s pitch to the ABC was a warning shot across the bows of Ms Brodtmann and her committee colleagues: whatever the committee wants to say to government, be aware that the Memorial is running its own race.

There is certainly a stark contrast between the head of one national cultural institution confidently foreshadowing imminent bipartisan support (as Dr Nelson does in his chats with the ABC and Fairfax) for a massive infrastructure project and, on the other hand, the heads of other national institutions having to try to stave off penury and reduction of services by making submissions to a parliamentary committee which will eventually report to government. ‘I think [the inquiry has] certainly come at a good time for the National Archives’, says its Director-General, David Fricker, ‘as we do continue to look at how we’re working within our fairly tight budgetary constraints at the various challenges that we’ve got ahead, and the various outcomes that we’ve got to achieve’. 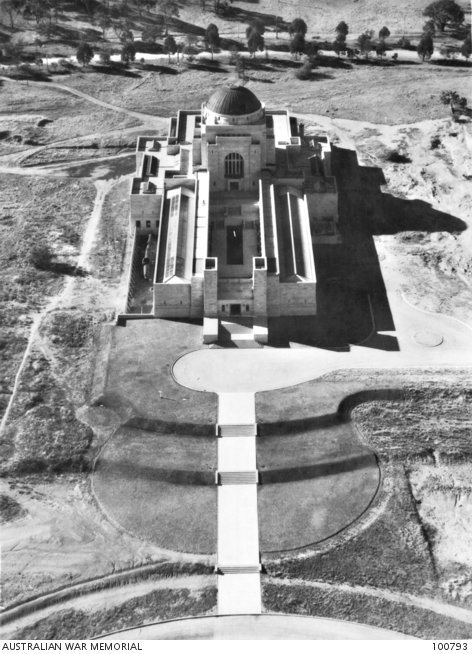 In a sense, though, it doesn’t really matter whether or not the committee runs its eye over the Memorial. What Andrew Greene calls ‘the sacred 76-year-old Canberra building’ often seems to have an inside track when it comes to finances. One can almost see the nods and winks passing back and forth between Dr Nelson and Senator Back, Chair of the relevant Senate Estimates Committee, in October 2016 (page 146): ‘Dr Nelson: We look forward to your support, Senator, in the future for plans that we might have to expand our spaces. CHAIR: Absolutely, it will be there.’ As historian Peter Cochrane said in 2015, ‘[d]rape “Anzac” over an argument and, like a magic cloak, the argument is sacrosanct’.

If Dr Nelson’s bunker gets built and it does cost $500 million – say, $50 million a year over ten years – that compares pretty favourably with the funding other national institutions receive from government to run their operations each year, for example, around $50 million each for the National Gallery and the National Library and about $40 million for the National Museum (and around $42 million for the Memorial itself). Morning teas at meetings of the Council of Australasian Museum Directors might be tense for a while, as the directors of the various institutions compare notes.

Dr Nelson has said often that marking our recent wars gives a warm feeling to the veterans of those conflicts and their families. Perhaps so, but a more direct benefit would surely flow from these folk being assured that their mental health and general well-being were better attended to than at present. To the government’s credit, larger amounts of discretionary expenditure from the Veterans’ Affairs portfolio have been flowing to these objectives recently, but another $500 million would be very welcome.

There are far better places to put $500 million than down Brendan Nelson’s bunker. Dr Nelson spoke of needing to provide space for ‘private reflection’ and displays about current conflicts, but much of the proposed 5000 square metres will be taken up by large pieces of military kit: the ABC article refers to recently acquired Chinook, Sea Hawk, and Black Hawk helicopters and an F/A-18 fighter.

As an alternative, perhaps the Memorial could work up 3D versions of these machines and place them on its website, which has six times as many visitors as walk through the Memorial’s doors each year. Space saved; much more ‘immersive‘. The actual machines might then be housed off site, either at the Memorial’s expanding premises at Mitchell in Canberra, or perhaps at the Temora Aviation Museum, where the aircraft are looking a bit dated. Or the Memorial could just stop acquiring big war toys.

Dr Nelson’s term as Director only has 13 months to run. He finishes up on 30 May 2019; Fairfax understands we can expect an announcement in the (May) 2019 Budget about what will effectively be Dr Nelson’s legacy – ‘the Brendan Nelson Wing’ perhaps. Meanwhile, other Budget supplicants might feel like adopting the mantra peddled by Dr Nelson about the Memorial: ‘whatever the Government spends … will never be enough’.

Appendix: a machinery of government proposal

[T]he Australian War Memorial should be removed from the Veterans’ Affairs portfolio (under the Defence umbrella) and returned to a cultural portfolio, from one of which it was excised more than 30 years ago. The memorial would then have to compete directly for public money with institutions such as the National Gallery, the National Library and the National Museum, rather than continue its privileged funding of more and more buildings to house more and more military relics. (The Honest History Book, pp. 289-90) 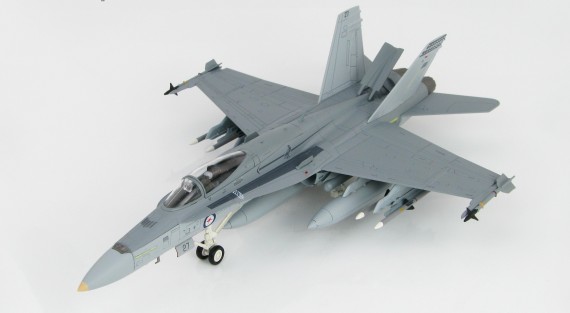 McDonnell Douglas F/A-18A Hornet, A21-27, No. 75 Squadron RAAF. Military kit enthusiasts can buy this ($149.99) and similar items at the Australian War Memorial shop. The proposed bunker will have space for the real thing.