What happens in Marrickville today would have been of interest to the enforcers of the War Precautions Act 1914 had it happened a century ago. Sunday, 22 November 2015, saw the Gallipoli Centenary Peace Campaign (GCPC) and St Brigid’s Parish host a public forum in Marrickville on the internment in 1918 and deportation in 1920 of Passionist priest, Father Charles Jerger.

In her presentation, Janice Garaty pointed out that Father Jerger had been resident in Australia for 28 years (since the age of two) but was interned following complaints that one of his sermons discouraged recruitment. The furore over his remarks revealed splits within the Catholic community but also divisions between Catholics and Protestants. His internment and deportation occurred despite public protests.

Douglas Newton saw parallels between fear-mongering then and now and the use of the far-reaching but deliberately vague regime under the War Precautions Act then to silence dissent on the pretext of preventing statements ‘likely to prejudice the recruiting, training, discipline, or administration of any of His Majesty’s forces…’

Sadly, like so much emergency legislation, that of Australia during the Great War [Newton concluded] was open to abuse and became an instrument for political vindictiveness and the politics of exclusion – deployed then, and still, by little men seeking to milk political advantage from great world tragedies.

Peter Manning compared the War Precautions Act with recent ‘counter-terrorism’ legislation, the Australian Citizenship Amendment (Allegiance to Australia) Bill 2015. The bill as first drafted cast a wide net, well beyond ‘terrorists’, and was amended following a committee report. Even with the amendments the Bill is flawed, Manning says, but it passed both houses of the Parliament with the support of Labor.

In reflecting on the draft legislation and the creation of two classes of citizenship, Manning argued that what happened to Fr Jerger in 1920 could happen again today with the passing of the Australian Citizenship Amendment (Allegiance to Australia) Bill 2015. For Manning, the lamentable lesson of Australia’s most recent bout in enacting “counter-terrorism” laws is this: “that, with a quarter of Australia with double-passports and a third of Australia speaking a language other than English at home, we are ripe to see many more Fr Jergers filling our jails and being deported back “to where they came from”, whether they like it or not, and whether they die or not”. 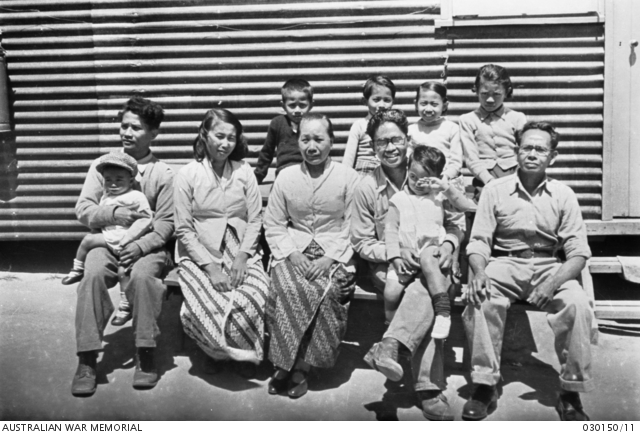 Update 23 December 2015: Spencer Zifcak in Pearls and Irritations on how the new counter-terrorism laws marginalise the judiciary.

Print This
Click here for all items related to: Getting on with the world, Home front, Ruling ourselves