Why does Honest History review movies and TV shows?

Regular browsers of our site will know we are offering reviews of movies and television shows that have a war theme. Last year we reviewed each episode of The War that Changed Us. Then just before Christmas we took notice of Russell Crowe’s Gallipoli film, The Water Diviner, with reviews by Alison Broinowski and Peter Stanley which attracted a number of comments. Alison then reviewed Citizenfour within hours of its Australian release. We are reviewing Channel 9’s Gallipoli, noting its relative failure to attract viewers (and garnering more comments). We also collected links to reviews of another war film, Clint Eastwood’s American Sniper, because of the passions it was arousing in the Northern Hemisphere, if not so much here. 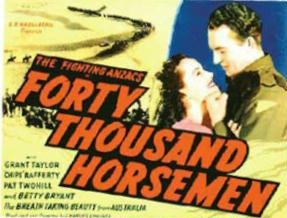 Why is Honest History running these reviews? First, they are a natural extension of our book reviews (of which we have done more than a dozen and counting) and, indeed, of our overall purpose of offering a searchable database of sources in history and its uses. (If readers have not yet found their way to this material, please go to Themes and the menus below that and to Resources.)

Our reviews of TV shows and movies have been very popular, so we will continue to do them for that reason alone. We aim to please. Secondly, however, we have the luxury of space to present these reviews (space that is often denied the Main Stream Media reviewer) and believe we can bring particular expertise to make good use of this space. Among our book reviewers we have a former speechwriter, a former diplomat, a former senior archivist, at least three novelists, former senior public servants, an award winning journalist, award winning historians and an eminent anthropologist. These individuals provide a rich pool of potential reviewers of TV and film, as well as books, and they are used to analysing in depth and at length.

Thirdly, film and TV portrayals of historical events stumble around the blurred boundaries between history and myth, leaving rich pickings for reviewers. People viewing films or television tend to come away with the feeling they have ‘seen’ events with their own eyes. There is an additional inducement to ‘believe’ that is not present when reading a book. Thus there is an extra reason why historians and reviewers with historical knowledge should point to issues with the way historical events are depicted on film. The scriptwriters of The Water Diviner and the historical adviser on Endemol’s Gallipoli series for Channel 9 have admitted readily enough that these shows have taken liberties with evidence. We accept that scriptwriters and producers frequently take ‘poetic licence’ where the story demands but our reviewers (and commenters on our reviews) have taken exception when departures from evidence seem to have arisen out of sheer carelessness or ignorance.

Such blemishes are even more problematic when the advertising for these productions claims that the production tells ‘the truth’ or ‘the forgotten story’. The unwary viewer might be forgiven for thinking that a presentation advertised as true or ground-breaking would have some basis in evidence. Not necessarily, it seems. Reviews can remind us that TV and film are about entertainment and short attention-span and not about interpretation on the basis of evidence.

Which leads to the question of what to make of the advertisements associated with ‘poetically licensed’ shows. Does the fact that the Australian War Memorial advertises its refurbished World War I galleries (complete with voice-over from the Memorial’s Director) prior to The Water Diviner amount to an endorsement of this mostly fictional movie or a certification of the way Russell Crowe uses history? The same question could be asked of the Memorial’s many (and repetitive) advertisements during Gallipoli. If the Memorial has a reputation for delivering evidence-based history will that reputation carry across to the movie or the TV show? 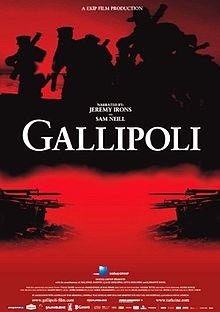 On the other hand, perhaps Russell Crowe, Endemol and the Memorial are all in the same myth game. Perhaps there is as much poetic licence at the Memorial as there is on the screen. We have argued elsewhere that the Memorial only tells half the story of Australia’s wars. Yet the words in the Memorial’s advertisements accompanying Water Diviner and Gallipoli – ‘Every nation has its story. This is our story’ – promote the very strong view that the story the Memorial presents is the only one compatible with being Australian. Every nation has ‘its story’ – singular; this is ‘our story’ – singular. These words have appeared not only in advertising but again and again in statements and interviews on behalf of the Memorial. Should we assume they are sincerely meant or are they just a catchy (and possibly costly) marketing slogan that we shouldn’t take too seriously? Will the next Memorial promotion trot out some equally tendentious sound-bite?

No matter how often it is repeated, the ‘our story’ slogan is still wrong – and silly. In fact, every nation has lots of stories. ‘Countless moments make up the Australian story’, according to the National Museum of Australia, ‘– most pass unremarked and unremembered’. Australia’s stories are not only about Anzac but about many other important themes. Some nations invent foundation myths. (Some of those nations have come a gutser, to use an Australian slang term which is probably post Anzac.) Most cultures have fairy tales. The next four years should help us identify which – stories, myths and fairy tales – are which in Australia. Film and TV reviews are a useful forensic tool.

Print This
Click here for all items related to: Anzac analysed, Expressing ourselves, Using and abusing history

One comment on “Why does Honest History review movies and TV shows?”