‘It is disgraceful that a piece of sanitised war propaganda has won a Children’s Book Council Award’, the Honest History coalition said today. ‘Giving a prize to the book Audacity endorses promotional material from the Department of Veterans’ Affairs and the Australian War Memorial – material which gives children a distorted picture of the reality of war.’

Honest History secretary and editor, Dr David Stephens, was commenting on the award of ‘Honour Book‘ (within the 2015 Eve Pownall Award for Information Books) to the book, Audacity: Stories of Heroic Australians in Wartime. The book was written by Carlie Walker and published by the Department of Veterans’ Affairs in association with the Australian War Memorial. Ms Walker is a Senior Education Officer at the Memorial.

Dr Stephens said Audacity was full of bizarre and distorted material. (Attachment A to this release contains more evidence.) ‘Perhaps the most objectionable part of the book is an in-class exercise based on a game played by Australian pilots bombing Hamburg in 1943. This thoroughly crass section ignores the fact that 42,000 people on the ground died during that raid, more than two-thirds of them women and children.’

‘We reviewed Audacity last year and compared it with WH Fitchett’s Deeds that Won the Empire, an infamous potboiler written before the Great War to encourage young people to perform brave deeds for King and Country. The review said that both these books were dishonest.’

‘Audacity is propaganda. It gilds the lily, it suppresses evidence, it tells only part of the story of war in the interest of recruiting children to a patriotic cause’, Dr Stephens concluded.

Honest History put its concerns about Audacity to the Children’s Book Council earlier in the year. It received a strange reply: see Attachment B to this release.

Honest History is a coalition of historians and others supporting the balanced and honest presentation and use of Australian history, particularly during the centenary of Anzac. Honest History has many hundreds of Australians on its mailing list, browsing its website and following it on Facebook and Twitter. It has a number of distinguished supporters, including historians and others. It has offered many times to discuss commemoration issues with the Australian War Memorial and DVA, with no positive response. 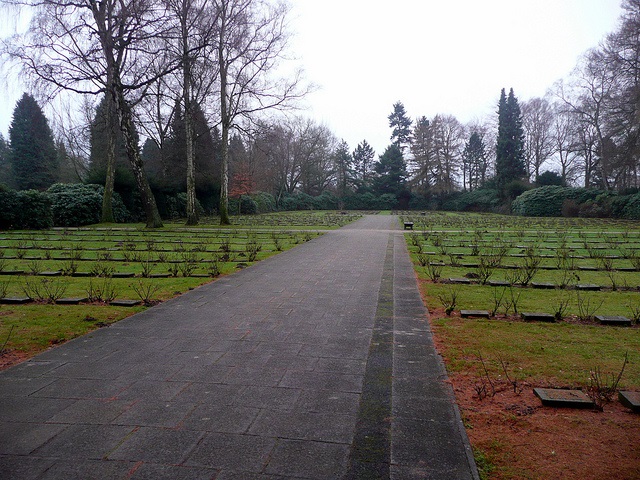 Attachment A: 7 things to consider about Audacity

(This material is drawn from David Stephens’ article, ‘Empire sun has set but do spiffing war yarns persist?’ Honest History, 2 December 2014. The article reviewed Audacity and Deeds that Won the Empire.)

1. Audacity is friendly and familiar: all the heroes, nine male and two female, are referred to by their first names and their family connections are played up. It is Neville, Claire, Henry, Ernie and, of course, Sarbi, the Explosive Detection Dog. We hear about Ray Simpson VC’s Japanese wife, Shoko, Mark Donaldson VC’s childhood in Dorrigo and the young Harold Jarvie larking about in the Swan River. The message is that these are ordinary people who are thrust briefly into extraordinary circumstances where they do a good job and often get a medal for it.

2. The book has a solicitous warning at the beginning: ‘Most of these stories take place during wartime. You may feel sad after reading some of them.’ In fact, only the most sensitive of 12-year-olds would be upset by the stories in the book. This is war writ bland, with the brave bits (and many of them are very brave) highlighted and most of the context scrubbed away. There is very little in the book of stirring battle scenes and blood and guts. Many of the stories have just as much about peaceful before- and after-war lives as about wartime exploits. War is ‘a challenge’ or ‘a job with a sense of purpose’. The book mostly avoids deaths in war. Only the death of Tom Derrick VC is dealt with in any depth – and that in a sentimental way – and other deaths of or at the hands of Australians are glossed over.

3. By contrast, the lessons to be learned are laid on with a trowel, spelled out in the chapter headings alongside the names of the people whose stories are told: outstanding and gallant service; bravery under fire; coolness and courage; for saving life, not taking it; daring conduct; refusal to admit defeat; leadership and courage; determination and skill; inspirational leadership; courage and calm; exceptional courage. The way to the objective is marked not by battles but by positive qualities; the book reeks of them.

4. The objective of the protagonists in Audacity is personal: ‘each proved that they could be bold and courageous’. An exercise asks readers to compare the deeds of VC winners Neville (Howse) and Mark (Donaldson), a century apart, to see if the definition of bravery has changed. Other tasks encourage students to consider what bravery involves, how protagonists feel in the thick of conflict or why they volunteered for such dangerous work.

5. Audacity is very Australia-centric – and very insensitive. Typical is the box on the ‘Air war over Europe 1939-45’ which gives a figure for Australian deaths in Bomber Command but says nothing about non-Australian or civilian deaths. On the same page, there is a photo of a night raid over Hamburg which makes a point about the photographing of targets but says nothing about 80,000 civilian casualties (42,000 deaths). Beneath the photograph is this exercise:

Peter [Isaacson, Australian pilot in Bomber Command] and his mates had competitions to see who could get closest to the action to get the best photograph. What challenges would crew members have faced doing this, and what does it say about their attitude to war?

To ask students to focus on games played by bomber pilots 70 years ago while ignoring the effects of their bombing is crass in the extreme.

6. Audacity stresses the deeds of individuals but leaves out the mass. War here is a chance for the individual to make a mark, to stand out from the crowd, to do something worthy of a medal. ‘You will … see lots of medals in the book’, readers are told. You bet you will, 17 colour pictures of them in 50 pages; that bravery wins prizes is a clear theme. Under a particularly colourful set of medals there is even an exercise: ‘Design your own medal to award to students in your school. What might it be awarded for? What colours and shapes would you use? Why?’ It is not spelled out whether the exploits deserving of such imitation medals should be warlike but the exercise carries the message that there are rewards awaiting exceptional performance.

7. ‘Making your mark’ might be a good message but it does not need the military context. Surely robust citizenship can be demonstrated mostly free of a khaki tinge? Could there be a book about audacity which illustrated this worthy quality with no more than proportionate reference to military people, war stories and medals? Of course there could. Such a book could include stories about policewomen and men, firefighters, search and rescue personnel, disabled people who achieve great things against great odds, crusading journalists, whistleblowers, WHO workers in Ebola areas, conscientious objectors, child abuse or rape victims who give evidence, and soldiers, particularly soldiers who struggle courageously against the after-effects of war service. But then a book with these stories in it would not be funded by the Australian War Memorial or the Department of Veterans’ Affairs. War and heroism, ‘sacrifice’ and patriotism remain their preferred focus.

When Honest History saw that Audacity had been shortlisted for an award, we drew the attention of the Council to our review of the book. We received this puzzling reply:

Audacity has been appraised by a panel of Judges, who collaboratively felt that it met the criteria as set down by the Children’s Book Council of Australia which in turn resulted in the inclusion on the Short List. It is beyond the scope of the CBCA to include in this judging process how the reader will interpret the content. Discussion of this Government Publication by teacher or parent would no doubt touch on the issues mentioned in the Honest History reviews (emphasis added).

For judges of such an award not to consider how a book is interpreted seems to be something of a dereliction of duty. Audacity was nominated in a category of ‘Information Books’. Are we to take it that books in this category are assumed to contain only ‘information’, that is, facts, about which there is no room for interpretation? (The 16 short-listed books included Emily Eases Her Wheezes, Midnight: the Story of a Light Horse, and The Afghanistan Pup.) Does a ‘Government Publication’ like Audacity, by definition, contain only facts?

One comment on “War propaganda for children should not win prizes: Honest History media release 21 August 2015”