Yesterday was the 70th anniversary of the surrender of Japan in 1945, commemorated as Victory in the Pacific Day. ABC News provided a comprehensive round-up. Geraldine Doogue spoke to Brendan Nelson and Tom Keneally about the end of the war and what it meant. The piece includes the rare recording of Chifley announcing the end of hostilities. There was also a session on World War II letters. 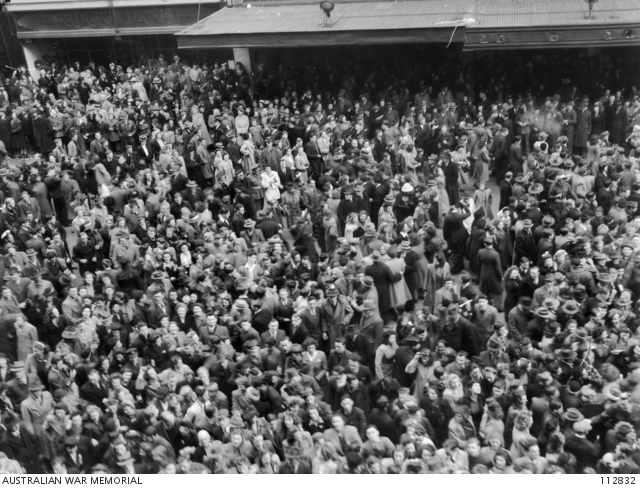 Bizarrely, the ABC report said the Japanese surrender ‘put to bed the looming threat of a Japanese invasion of Australia’; this was surely not a prospect by August 1945 but the hyperbole is perhaps excusable on a sunny weekend in Eastern Australia, 70 years later. But then the Minister for the Centenary of Anzac, Senator Ronaldson, did say we ‘came under direct military threat for the first time during 1942 and 1943’. Arguments pro and con on this issue are found in Peter Dean’s 1942 and 1943 collections and in Peter Stanley’s Invading Australia. Stanley makes the important distinction between the emotional fears of Australians in 1942 that they were under threat of Japanese invasion and the historical, evidence-based conclusion that some in the Japanese command considered invasion but the plan was rejected. 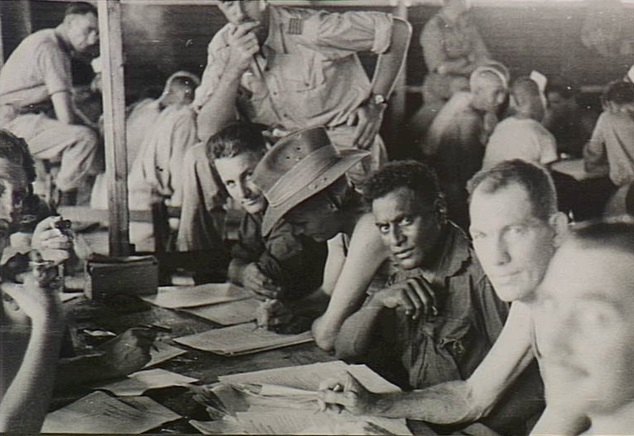 Rather than canvassing yet again whether Australia ‘dodged a bullet’ some time between Pearl Harbor and Hiroshima, we thought we’d look briefly at two issues in World War II history that have tended to be less fully addressed. First, Australian prisoners of war and how they returned home. Joan Beaumont, Lachlan Grant and Aaron Pegram brought out a book recently called Beyond Surrender: Australian Prisoners of War in the Twentieth Century, collecting the papers delivered at a conference in Canberra in 2013. There are some extracts on Google Books plus a download offer. We reported on the original conference, noting the lingering feeling post-war among some of the military hierarchy that surrender and becoming a POW was somehow dishonourable. The book of the conference is recommended. There is also a 2007 piece from Rosemary Hearder, which refers to other useful sources. Finally, there are interesting snippets on one of the official websites on POWs ‘coming home’. And another similar one.

Then there is bombing. While the 70th anniversary of the bombing of Hiroshima and Nagasaki has received appropriate coverage, it is important to remember also the fire-bombing of 67 Japanese cities in the months before August 1945. There is here a list of the cities and the proportion of them destroyed, based upon information in the filmed interview of former US Defense Secretary, Robert McNamara, The Fog of War. As summarised by Fog of War director, Errol Morris, in background material on the film,

the [US] Air Force began a devastating campaign of nighttime, low-level firebombing of Japan on the night of March 10th, 1945 in Tokyo. In that single night, 334 B-29 bombers burned to death nearly 100,000 civilians in Tokyo. In the ensuing five months, the U.S. would firebomb 66 additional Japanese cities, killing nearly a million Japanese civilians, injuring over 1.3 million, and causing nearly one quarter of the Japanese urban population to evacuate their homes. 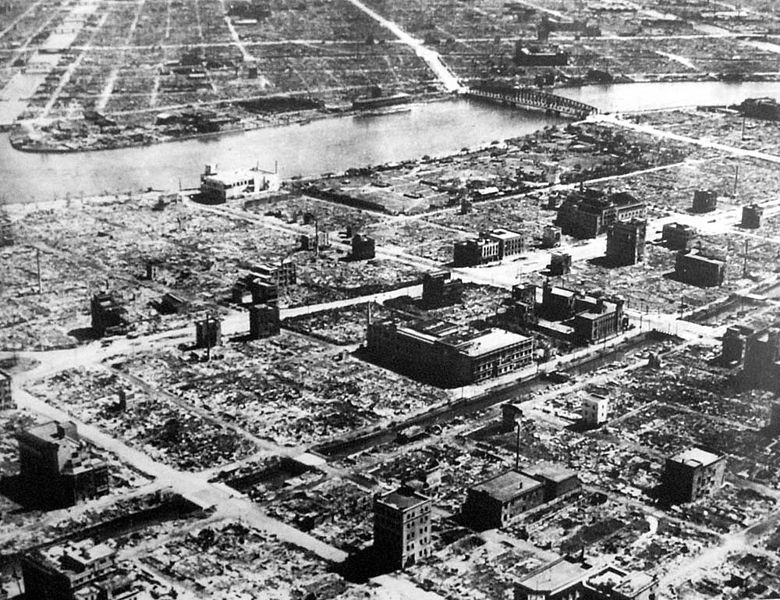 Wikipedia has a comprehensive, meticulously-sourced article on ‘Air raids on Japan‘, including a range of figures for casualties. Wikipedia‘s material on the Blitz over London in 1940-41 is also comprehensive as is its coverage of the bombing of German cities, such as this article. There are many lists of bombing raids and casualties, presenting different figures. One such, here, presents the ’10 most devastating bombing campaigns of WWII’. We do not claim it is authoritative  – no-one can ever know accurate figures – though the figures are comparable with other lists. The list does not include Hiroshima or Nagasaki. Nine out of the ten cities affected were German or Japanese, with the highest casualties approximately 100 000 in Tokyo, November 1944-August 1945. An estimated 20 000 to 40 000 people were killed during the London Blitz. During the 1942-43 Japanese bombings of Northern Australia, approximately 350 people were killed. 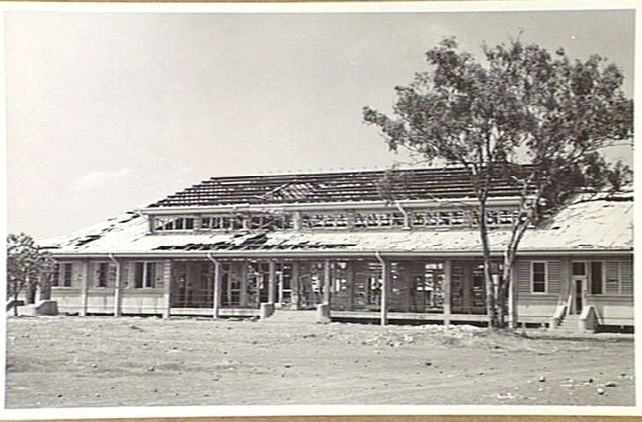