True Blue but by no means politically correct – or just a different form of correctness?

Update 10 August 2017: John Roskam of the Institute of Public Affairs talks to Genevieve Jacobs of the ABC.

Update 14 April 2017: We didn’t want to let Easter pass without running this post up the flagpole again. The hook is the myth – myths tend to be high profile at Easter – that ‘political correctness’ is a leftie thing. (There’s a lot about myths in The Honest History Book, by the way.) The material below indicates PC can pop up anywhere on that tired old Left-Right spectrum. (See erstwhile political philosopher, now shock jock, Mark Latham on the spectrum tiredness point.) The ‘Right’ attacks political correctness but tends to become maudlin about – and spend lots of money on promoting – ‘Western Civilisation’, which, of course, imposes its own form of correctness.

As for ‘doubling down’ – the teaser in the front page link to this post – we did a bit of research on the term this week after a small Twitterstorm on what it actually means. While ‘doubling down’ apparently began with the cardgame blackjack, it pops up now in all sorts of contexts and some uses of it don’t seem to match others. Our best guess is that it means ‘upped the ante’ or ‘expanded upon’ or ‘repeated once more with feeling’ but, in any case, it seems another one of those classic ‘Insider’ terms that ‘Outsiders’ have to puzzle over. The Outsider Mark Latham might have to say something about it. Politely, if possible.

‘Political correctness’ is always good for a story, it seems, both here and in the older, currently colder hemisphere to our North. President Trump’s rumpled Rasputin featured in a Boston Globe cartoon last week: ‘Steve Bannon’s new rules of political correctness’. It was, in fact, an ironic commentary on Bannon’s own remarks against ‘PC’. 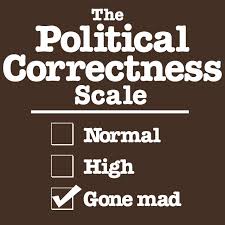 In Australia, the term political correctness often bubbles to the surface in the discourse of conservatives, particularly politicians leaving the party that nurtured them (Cory Bernardi), those thinking about doing so (George Christensen), former prime ministers who miss not having followers (Tony Abbott), and angry outsiders (Pauline Hanson) rapidly attracting followers, however loopy some of them turn out to be.

Political correctness is regularly said to have ‘gone mad‘. And again. Polite dictionaries like the Collins have tried to define the term, though the Urban Dictionary doesn’t claim to be polite – or politically correct – in its effort. Perhaps the best definition of the term is simply ‘things that I disagree with’.

Eschewing political correctness (objecting to things one disagrees with) has long been a theme in Australian conservative parties, though the eschewing has not always been followed by a good, hard whacking. Norman Abjorensen had a piece this week in Inside Story, tracing the history from World War II till now. He concluded thus:

While John Howard engaged on the cultural front by seeking to reclaim the Australian legend, mateship and the Anzac legacy for the right, he was criticised for failing to prosecute the culture wars with any real vigour. Conservative columnist Greg Sheridan, for example, wrote in 2007, “Far from ferociously waging the culture wars, the Howard government has been mostly missing in action.”

The conservative revolt we are seeing today, led by Tony Abbott, Cory Bernardi and others, is merely the resurfacing of a tendency long present in the Australian right – but its impact may well determine just how democratic Australia will remain in the coming political, social and cultural struggle. The stakes are high.

The Institute of Public Affairs, mentioned by Abjorensen, has always been strong on traditional, non-politically correct values; ‘Western Civilisation’ has been big at the IPA. Now the cashed-up ($3 billion) Ramsay Foundation has also weighed in, with former prime minister John Howard to head something tentatively titled the Ramsay Foundation for Western Civilisation. (Tony Abbott is also involved.) The Foundation won’t be ‘politically correct’, of course, but will be firm in its views and direction.

“The foundation will accept the need for intellectual rigour in its study of Western civilisation,’’ Mr Howard said. “It will be well ­financed because we are keen to see Paul Ramsay’s wishes are honoured. The foundation will promote both the study of Western civilisation and its contribution to contemporary Australia as well as the provision of scholarship for the study of this subject.”

Mr Howard took up the same theme in a very recent address to the Committee for the Economic Development of Australia (CEDA).

Mr Howard … said political correctness has become a problem in Western society. “We’ve become far too apologetic about our Western identity, and anything that is seen as some kind of defence of cultural traditionalism or national identity is, in many ways, frowned upon,” he said. Mr Howard said US President Donald Trump’s ability to articulate the resentment of many Americans towards “the avalanche” of political correctness was key to his success in the 2016 US election.

You can catch the complete lecture at the link. So ‘political correctness’ is, as we said earlier, to be eschewed, but Western identity and cultural traditionalism – and, presumably, expressing it – is OK. It’s … well, correct.

The truth is that you can hear every element of the new right-wing political correctness spouted all day on trash radio, and you can read the same stuff churned out daily by the hireling scribes of the one press mogul who dominates the print media across the nation. 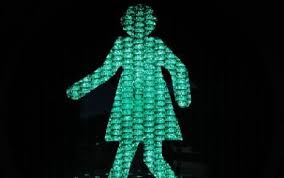 John Menadue and Douglas Newton are among Honest History’s distinguished supporters, Douglas has a chapter in The Honest History Book and John provided an endorsement for the book. (The True Blues would say these politically correct types stick together.)

Meanwhile, the IPA found some political correctness to eschew, even to whack, as it reprinted a very recent Spectator piece from one Evan Mulholland. Mr Mulholland was cross about a Victorian initiative to replace some of those traffic light silhouettes of blokes with silhouettes of women.

In short, the pedestrian signs are based on a radical Marxist interpretation of the world. The lights themselves don’t really matter. But the insidious ideology which underpins them does. [Here it comes again, folks …]

This is a clear example of political correctness gone mad; surely policy makers should be putting their time and energy into fixing congestion on our roads. (Emphasis added)

Of course they should be fixing traffic congestion, Mr Mulholland. But that task would offer much less fodder for the political correctness police. Whack!